5 signs that a new age of CS:GO has begun

With the 2019 Counter-Strike season almost reaching the halfway mark, we have already witnessed massive changes taking place in the global circuit. From the fall of some big teams to the rise of the underdogs, entertaining events and some big upsets, the season has yet to dissapoint in terms of pure entertainment value. All of this has culminated into what we believe to be the onset of a new era in the competitive circuit.

Here are five signs that might point towards this.

The organization who has had a rough history, started out once again last year with an aim to put Finland out there on the competitive scene. Though the team did consistently well, the big break that propelled them up the ladder was their brilliant performance at IEM Katowice 2019.

While they were not the talk of the town stepping into the tournament, the dark horses became the centre of attention as they advanced through the stages.

ENCE came into the spotlight after surviving the Legends stage and made it into the top eight. But this was just the start as the Finns went on to face the top three teams in the world one after the other.

Every win, a celebration and an achievement equivalent in their fans' eyes to claiming the major. The finals against Astralis was a bit of a buzz kill but the barrier had been breached and ENCE's name cemented.

After stringing over five second-place finishes in 2018 alone, the team which had been struggling for a victory in a premier CS event for years, finally struck gold at IEM Sydney 2019.

Liquid had built up a reputation to choke under pressure but they finally pulled through and broke the uber-famous, community applied tag of ‘The Liquid Curse’.

As Liquid defeated Fnatic to create their own rendition of ‘a walk to remember’, they lifted the coveted trophy in the land down under. To the few haters who believed this to be a one-time miracle, Team Liquid replied not by words but by standing victorious at the DreamHack Masters Dallas 2019, which also marked the possible end of the Astralis Era with Liquid claiming the number one spot on HLTV's global rankings.

The Great Danes of CS, Astralis, were formidable throughout 2018 but they might have touched the ceiling as the start of the inevitable plummet seems to have already begun, a lot sooner than expected.

Though the team started off by claiming victory at the IEM Katowice Major 2019, their second successive victory at a major, it was a short-lived celebration as the team went on to plan out their ‘Perfect Murder’. Little did they know that this time, they were to play the part of the victims.

The decision to skip out on IEM Sydney 2019 & DreamHack Masters Dallas 2019 has cost them their throne as Liquid took advantage of their absence and took over the number one spot. They have also dropped behind Liquid in the Intel Grand Slam Season 2, with fewer chances left to win the additional challenge. 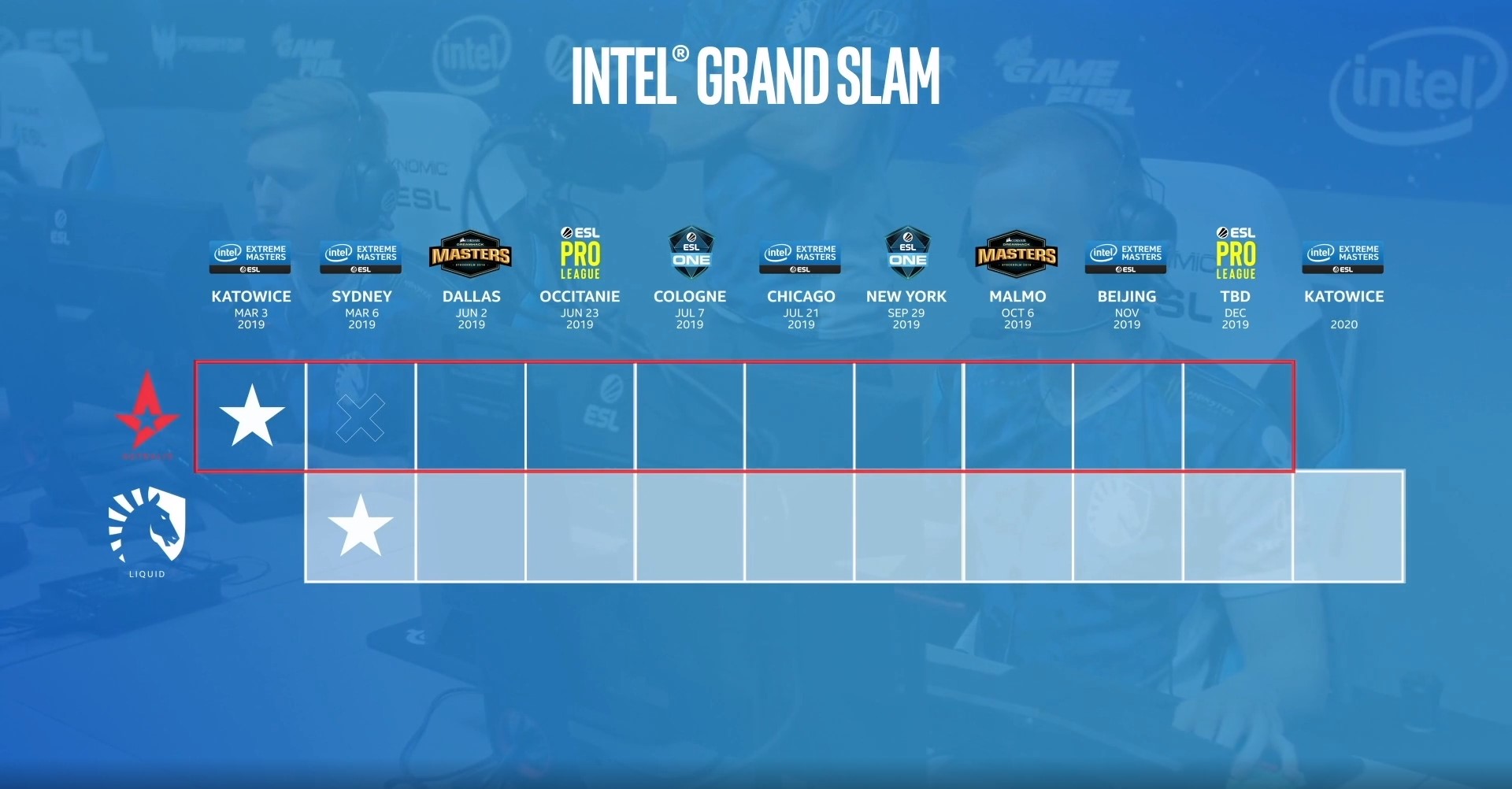 Coming after quite a long break, Astralis faced an embarrassing defeat to the Brazilian squad of FURIA, not once but twice, to finish at the 5th-6th position in the ESC Season 7 - Finals. With critics heavy on their remarks and new teams eager to make a name for themselves, Astralis has to reflect upon their actions and rekindle their flame before it's too late.

The French organization has long been struggling at the threshold of the upper echelons of competitive Counter-Strike and it was great to finally see them gather enough energy to make the jump and cross the barrier.

A team that has great firepower while being blessed by the presence of the mighty talented Mathieu ‘ZywOo’ Herbaut, just needed to tune into the right frequency which they did at the cs_summit 4.

You don't need all the fingers on one hand to count the CS:GO players better than ZywOo right now.

The Frenchmen since winning Charleroi Esports were looking to step it up by winning at bigger events and they have rightly done so by standing victorious at both the cs_summit 4 and ECS Season 7 - Finals.

A team that was initially dependant on the 18-year-old superstar Zywoo to win matches have evolved not by adjusting their playstyle around him but by attempting to rise up to his level. Apex and Alex have been really good in the past few events and this shows that the team is doing something right.

I'm happy that Vitality is no longer just the Zywoo show. Finally a French team that is dangerous again.

They started the year ranked 21 and currently stand as the fourth best team in the world, and with a lot of CS action still to follow they are a serious contender to claim the top spot.

The young Brazilian squad of FURIA are the new boys in the scene and they have garnered support from Brazil in a big way, stealing MIBR’s thunder in the process.

The young Brazilian team has been making small moves since the start of the year by standing 20th-22nd in the Katowice Major to becoming the runners-up at the ECS Season 7 - Finals.

Their journey has been fast with FURIA currently standing at the 11th rank, globally. They have brought with them a fast-paced blend of Counter-Strike, that resembles a more refined version of what the Chinese teams tend to execute. They are agile while being extremely coordinated and well aware. They use their utilities really well while entering a site and always have that odd backup plan to bamboozle their opponents. Their questionable plays of leaving a bomb site unguarded or rotating heavily to every small contact on the map is something that is not conventional in the scene and catches teams off guard many a time.

In their wake of glory the age-old Brazilian representatives, MIBR have been left perplexed as the fans have shown tremendous support to the young FURIA. Will this be a shift in power from the old guard to the new?

These are some of the big changes that shook up the scene and definitely stirred a few heavily upvoted conversations on Reddit.

What do you guys think about the current scenario? One where the underdogs replace the front runners, giving rise to new storylines and legacies.