Dota 2 has been blessed with some wonderful voices and some vibrant personalities, all of whom have been an integral part of the ecosystem and helped it to grow to what it is today. While some like Tobiwan, Capitalist, Godz, ODPixel and Blitz continue to dazzle the crowds to this day, a few have moved onto other things and called it quits on their casting careers. 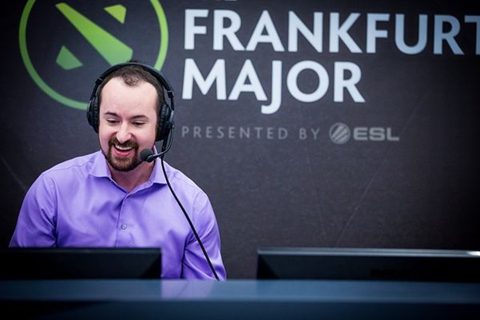 Source: Liquepedia
David Gorman aka LD is one of the oldest casters to have been active in the scene and has casted at big events like the TI grand finals. Some of his voice lines have gone down as some of the most used and memed lines in Dota 2 and he is particularly remembered for his contribution to ‘The Play’at TI2.

However, in recent years he has taken a step back from casting, choosing instead to focus on his company, Beyond the Summit. BTS in itself is a key part of the Dota 2 community and also has expanded to other titles like Smash and CS:GO. He recently announced that he would be stepping down from being an active caster to focus instead on running the business. The announcement wasn’t a big surprise as LD has not been casting for quite a while and was more of a formal statement which gave some clarity as to why the decision was taken.
That being said, LD is still very much an active part of the Dota 2 community and BTS continues to work with many organizers employing many casters who hope to one day emulate his success. 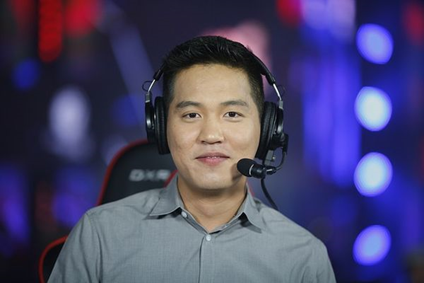 Source:Liquepedia
Like LD, this former pro turned analyst was one of the best analysts the scene had up until recently where he announced his retirement. In a deeply emotional and insightful statement, Merlini goes on to say that casting Dota isn’t the most stable profession and that he is at a stage in life where he would like to rebuild himself and look beyond being a Dota 2 caster. He goes on to mention the commitment in terms of time and effort that a caster has to make and how much of a toll it takes on one’s personal life. What Merlini’s plans are for the future aren’t exactly clear but one thing is for sure and it is that the Dota casting community has lost an invaluable member and it will be hard to not miss his wisdom, be it on panels or as a co-caster. 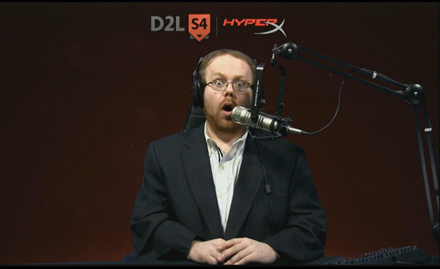 Source:Dotablast
Greetings and salutations Dota fans; Ayesee was one of NA’s top Dota 2 casters at one time having casted memorable games like Na'Vi’s infamous win over Tong Fu in TI3. Not only was his introduction iconic, but his smooth voice and gentlemanly charm were unlike anything the Dota 2 community had seen before.

However, the lack of prospects in NA at the time led him to look for other opportunities and he went to work for the Alex Garfield’s Good Game Agency. He made a sort of special appearance at TI7, casting the All-Star match but he mostly focuses his time on working at Twitch. 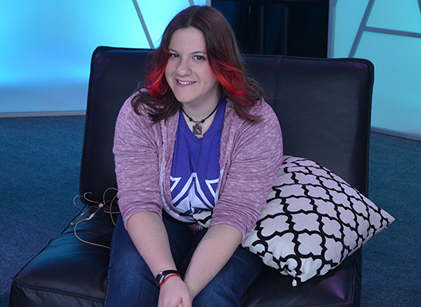 Source:JoinDota
One of the few female Dota 2 casters in the scene, Anne ‘Anneedroid’ LeClaire. She was part of the Moonduck crew and the community showed her quite a bit of love after she was seen grinding out long casting sessions of qualifiers and such.

She was rewarded for her efforts with an invite to cast at TI6 and her last major gig was Galaxy Battles 1 in 2017. However, she recently said that she is currently focusing on nursing school and has adopted a dog which makes it difficult for her to travel and commit a lot of her time. In addition, she also mentioned that she lost her longtime Dota buddy in a terrorist attack in New York and finds it difficult to be around Dota for the near future. She goes on to say that she might be up for some casual casting in the future but doesn’t see herself return as a full-time caster.

One of South America’s biggest contribution to the Dota scene was giving us Bruno who was treat to watch at panels and desks. Not only was he the main stats guy when the likes of Nahaz were not there, but also a superb entertainer with a colourful taste in fashion. He would end up working with the 2GD studios for a while and attended TI2, TI3 and TI4 as a panellist but eventually found his calling as a software developer with Valve, the creators of Dota 2.
Did we miss any of your favourite retired Dota 2 casters? Let us know in the comments below or tweet to us @afkgaming
About UsContact UsServicesRSS
DisclaimerAdvertise With UsArchiveEditorial Team