4 Must Have Esports Apps for your Phone

Being an esports fan can be cumbersome. With so many tournaments and qualifiers being played simultaneously it’s tough to find all the information you need in one place. There's a major esports event or qualifier every other week.

Few apps have all the latest match news, scores, stats, odds and other live information that you desperately need in your life as a diehard esports fan.

Which is why we have put in all the legwork and crawled the app store to create a curated list of the best esports apps that every fan needs this season. Our list will help you make a decision on what esports apps deserve some of the valuable storage space in your smartphone. 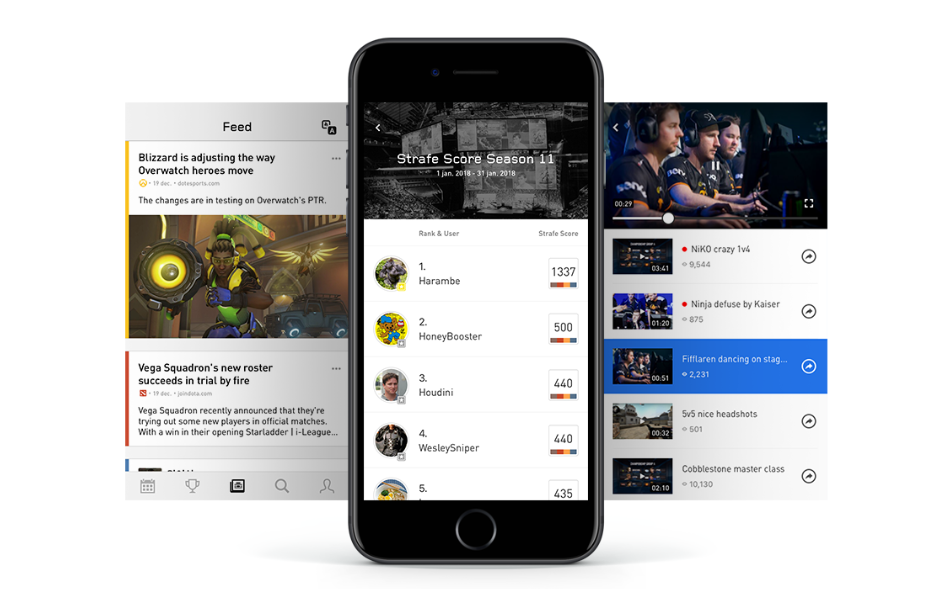 First, we'll get the foundations right by bringing you the very best access to the latest scores from around the globe. Strafe Esports can give you exactly that with a no-nonsense live scores app that means you'll never miss a match.

Select individual teams, leagues or even players to create your own personal profile of esports interests. From there, the app will pull roster rumors, news and live scores through to create a tream of the latest content from your favorite corners of the esports realm.

Dotamax’s official and free to download app, Max+ is your ultimate companion for Dota2, Overwatch, CS:GO and Hearthstone.

You can dive deep into the technical nooks and crannies of individuals matches, picking out the statistical gems that might have tipped the balance in a particular teams favor. You can also check out the top rated teams and pro players. The league's tab shows you all the recent tournaments and allows you to inspect the game stats of any chosen tournament.

There are also other fun features including Rankings, where you can check up pro/team rankings from all the different Dota2/CS:GO regions as well as a fantasy esports section. You also can receive weekly reports for Dota 2/CSGO hero/item builds’ frequencies/win rate, and hero synergy as well as counter picks.

Addionally, you can watch live games under the Live Matches tab, in-app, for any active tournament! 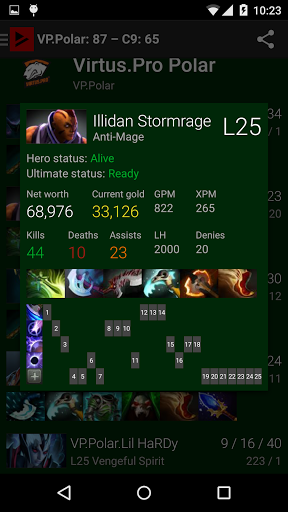 It’s an app Dotabuff should rightfully be very proud of – there’s nothing else out there that will allow you to dissect games quite like it. Fed by live stats pulled directly from the in-game API for every single ticketed game, no matter how small the tournament is. You can number-crunch nearly every worthy data point you can think of (in-game minimap, KDA, Networth Graphs, etc and so on) in Real-time. And best of all, it's completely free!

It can also detect all Twitch streamers broadcasting the game, allowing you to watch them in the app while following the stats. As well as, give you access to Audio-only streams accessible for low data usage. 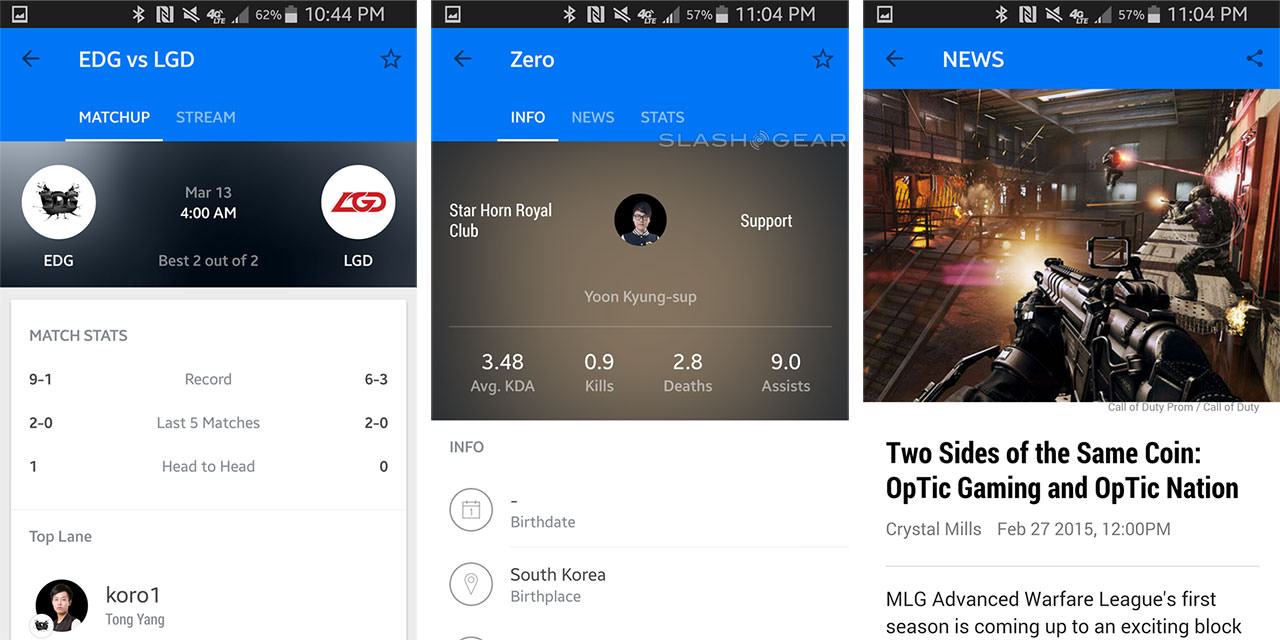 The App Store’s number one suggestion and top-rated esport app, TheScoreEsports is a giant name in esports and one of the better esports apps. The main attraction here is news, scores, and updates. You can find them for Dota2, CS:GO, League of Legends, Overwatch, and various other esports.

It also has a real-time map with positions of players and accessible links to live Twitch Broadcasts.