30th, Jun, 2016
The Flipkart Gaming Online Championship concluded last night and heavy favorites Team Brutality emerged victorious in a hard fought battle against the newly formed Team Wolf. The competition featured 64 teams and the format was bo1 right up till the finals which was a bo3. This is Brutality’s second online victory in recent times as they took top spot in the ESL India Premiership Starter Cup 1 as well.

Team Wolf’s reincarnation has had Indian CS fans jumping with joy and the roster comprises of big names like Tejas “Ace” Sawant, Mithil “MithilF” Sawant and Ritesh “Ritz” Shah. These stalwarts along with Brutality’s astaRRRRR and Rix are highly revered members of the Indian CS GO community and are fondly remembered for representing the country in the ESL One Cologne tournament held in 2014.

The teams started out on opposite sides of the bracket and reached the finals with relative ease. Wolf were given a slight scare in the semi finals against Team Overcome but pulled through with a scoreline of 16-14 on cbble. The 2 giants of Indian CS GO go head to head in a finals, what more could one ask for?

Down to the wire

The first choice was de_cache, the most played map on the Indian circuit and no doubt a map both teams are comfortable with. Team Wolf started out on the T side and displayed their prowess taking the first half 11 to 4. Wolf were clinically taking the rounds and were superior tactically as Brutality’s failure to read them meant that they got a total of 13 out of 15 possible bombs planted.  The second half started much better for Brutality as they won the pistol round and followed it up with 4 more consecutive rounds to bring the score to 11-9. However with the losing bonus racking up, Wolf manage to get their hands on a full buy and take 2 rounds, leaving them just 3 shy of victory. Brutality even the score up finally at 14-14 but give away match point tamely as they lose the next round even after getting into a 3v5 scenario. Wolf clinch the victory, as their 7 round lead proves insurmountable but the score reads 16-14 which means that it wasn’t as comfortable as they’d want it to be. A strong T side displayed by both teams.

The second map to be played was Dust2, one of the oldest maps in competitive counter strike and again a map which both teams should have been well versed with. But what followed was absolute carnage. Brutality was in a vicious mood as they looked to even up the series and they wasted no time, demolishing Wolf in the initial stages with a score of 10-1. Wolf clawed back and it ended 11-4 before the switch. Ad1 was the danger man with his KDR reaching 2 at the end of the half. Wolf may have shown some fleeting signs of hope at the end but Brutality were in no mood to entertain as they dominated their CT side  without dropping a single round. Wolf were all over the place getting picked off left and right and had 0 plants to their name as the map finished 16-4. Ad1 and AstaRRRRR  were unstoppable as they ended up with 22 and 24 kills each in this 20 round encounter.

All aboard the RiX express

The final battleground for these two teams was de_train, something we don’t get to see that often. V3nom was plagued with internet issues and had to be swapped out with Reynard/Fox (Advantages of having a 6 man roster). With their IGL out things could have gotten tricky for them but cometh the hour, cometh the man and Akash “RiX” More would go on to show why he is arguably India’s top AWPer. The Knife round went Wolf's way and they started off on the stronger CT side but Brutality's B rushes worked out time and again and they built a strong economy and round lead ending the half with 10 rounds to the 5 of the Wolves. One for the highlight clips as in the 9th round Brutality have to go for a eco round with mostly Tec-9’s and armor, but despite this they rush B and RiX manages an ace on Wolf. In the second half Wolf manages to pick up the first 2 rounds and then proceed to give up the rest as it finishes 16-7 in favor of Brutality. RiX boasting an incredible score of 25 kills to 9 deaths and astaRRRRR close behind with 25 frags and 12 deaths.

The series ends 2-1 to Brutality as they will be crowned the FGOC winners. A high level display of Counter Strike from India’s 2 top sides. Brutality edges out this time but Wolf should get a chance at redemption as both teams will be participating in the SuperNova Gaming Carnival in Bangalore this weekend. 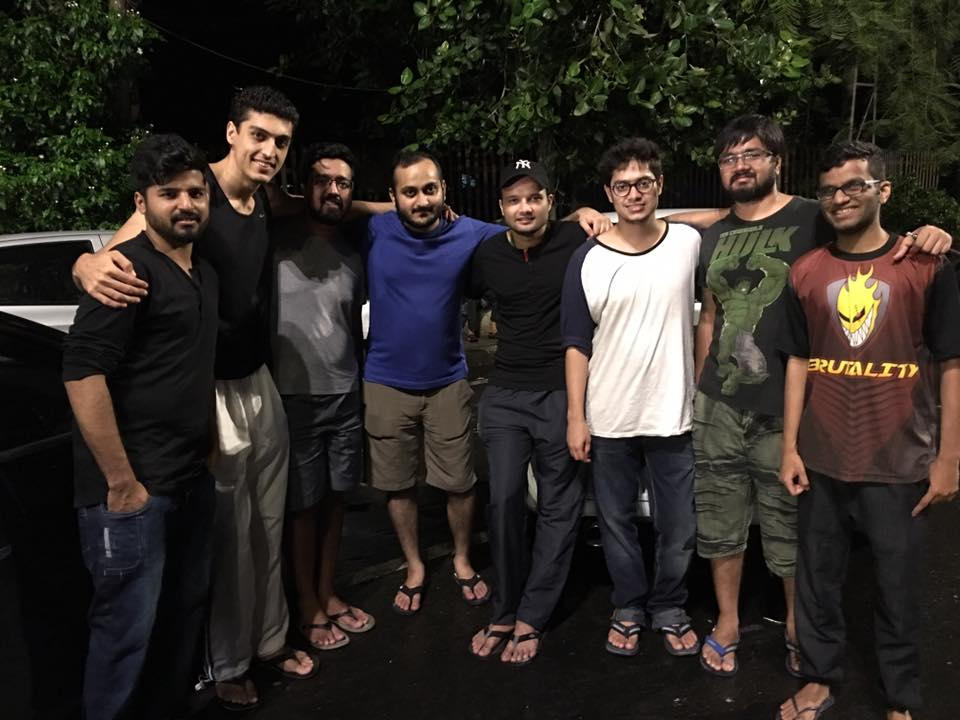