26th, Jan, 2018
One of SEA Dota’s strongest teams, TNC Pro Team, is making a major change to its active roster. Theeban "1437" Siva will no longer be part of the Filipino Dota Squad who have decided to go back to a full Pinoy squad, the player said in a statement.

Something that should be noted is that TNC Pro Team had recently played in the WESG: Philippines Qualifier with Armel Paul "Armel" Tabios standing in for 1437. TNC won the qualifiers but declined to participate in the Main Event held in China.

1437, who first joined TNC Pro Team over 15 months ago, has had a roller coaster career on the SEA team. He has lead the team to two 2nd place finishes in the StarLadder i-League Invitational #2 and MDL Macau as well as a Championship victory at the China Top 2017.

For his part, 1437 said that while he was disappointed, he loved Filipino fans no matter what and that he hopes “you will continue to support me no matter where I will go or what I will do.”

Here’s his statement in full: 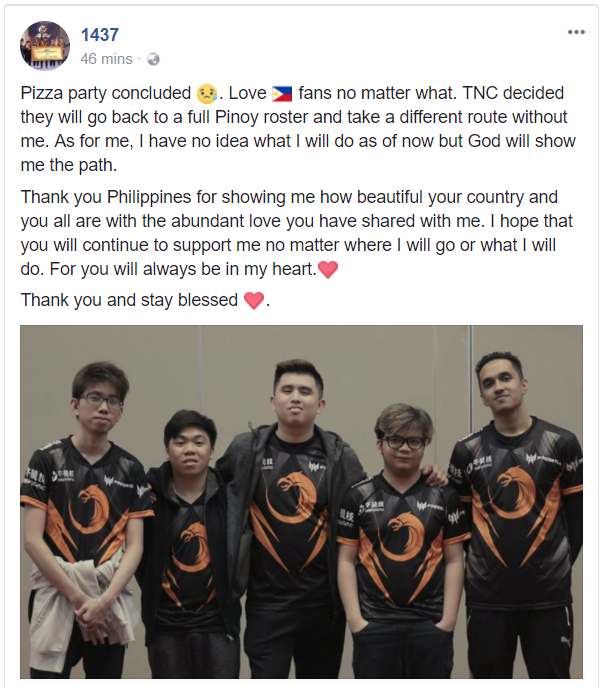 Who do you think will replace 1437 in the Filipino team? Let us know by commenting below or tweeting at us @AFKgaming
About UsContact UsServicesRSS
DisclaimerAdvertise With UsArchiveEditorial Team