The Germany based esports organization, BIG will be cut down to a four-man roster as one of their founding players, Fatih ‘gob b’ Dayik announces his retirement as a professional CS:GO player.

Though retired, he will still be a part of the organization, taking on a managerial role. Since the inception of BIG back in 2017, gob b has been an integral part of the squad, never letting go of his belief in the team and constantly striving to achieve his aim of putting Germany back on the Counter-Strike map.

He did a lot for and with the team, leading them to reach the sixth position in the global rankings while also doing well at both the PGL Krakow and FACEIT London Majors. But their real achievement was to finish second at the ESL One Cologne 2018, falling just short of lifting the trophy in their own backyard.

Gob b had a pretty successful run with the team until 2019, but since then BIG have constantly suffered multiple defeats leading to problems within the roster. Despite starting off as the current legends at the Katowice Major 2019, BIG had an embarrassing fallout losing all their match-ups and finishing the major at the 15th-16th position.

There has been no improvement by the team since then as their results kept dwindling with the team even getting knocked out of the top 30 for a brief period. The team hit their very bottom recently after they failed to qualify for the StarLadder Berlin Major 2019. 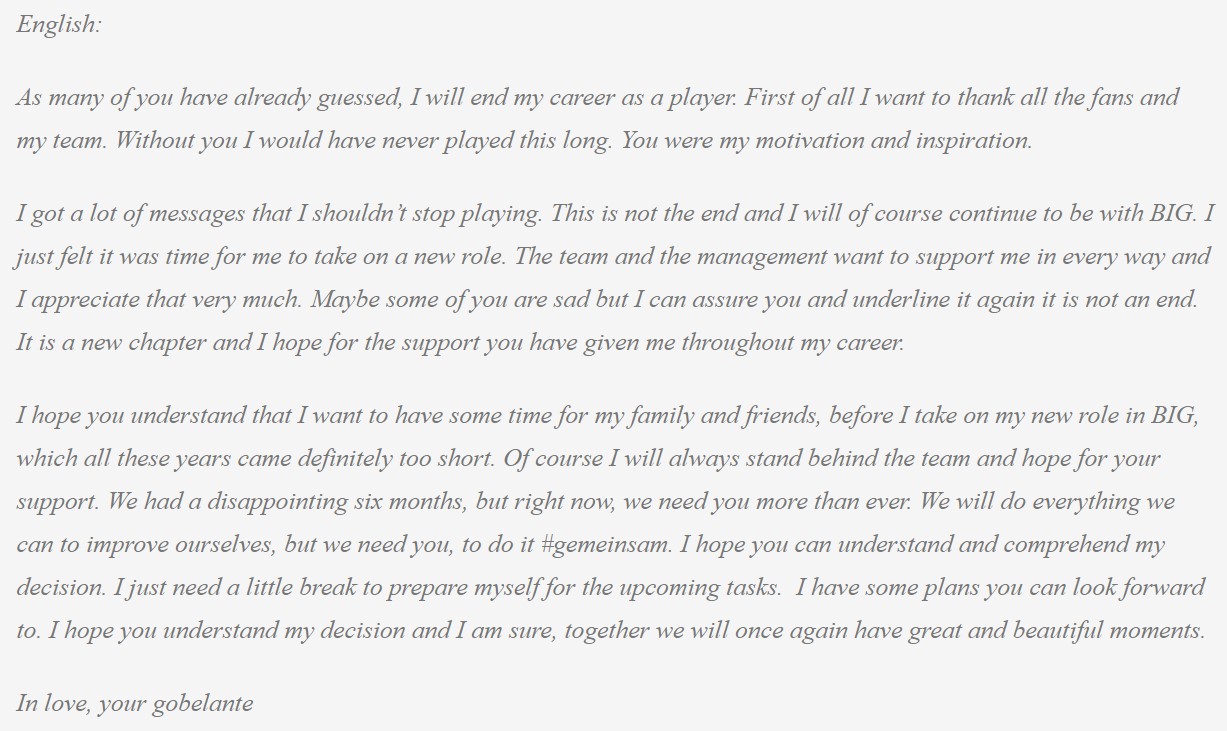 The BIG roster is down to four and without an IGL at the moment but with the organization stating that they will be restructuring the CS:GO division and also plan on announcing further roster changes, let’s see what else they have to offer. Until then the BIG squad remains as follows,