Will Dota 2 teams be able to cope with the packed DPC calendar?

It’s been just 3 weeks since OG lifted the Aegis in spectacular fashion and we are already looking ahead to the new season that awaits us. Among roster shuffles, open qualifiers and new DPC rules, it’s been a frenzy of activity for eager fans and organizations who are keen on signing the best players in a bid to build up their squads for the 2018-19 season. But already, OG have announced that they will not be playing in the qualifier of the first Major and will be on a break. VP have also announced that they will be playing the CIS qualifiers with fn instead of their regular offlaner, 9pasha who got married recently and is on his honeymoon. With dates already announced for the DPC events and qualifiers this season, we break down what this year's Dota 2 calendar really boils down to. 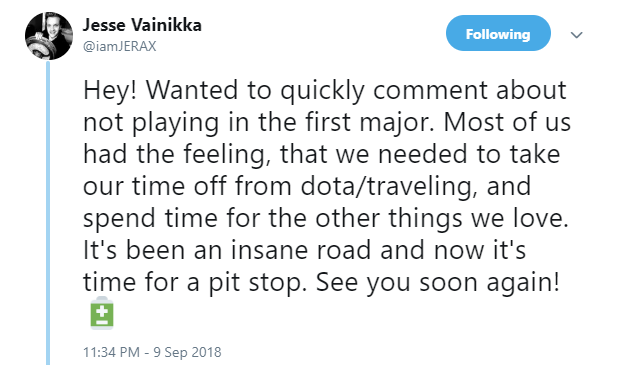 No break between Major and Major Qualifiers


Now while this won’t be an issue for the very first Major, the fact that the Regional Qualifiers for the subsequent Majors start just after a week after the conclusion of the main events is a major concern. And the cycle continues. All Major Qualifiers start within one week of the conclusion of the previous Major. Now for teams who are a cut above the rest, and are consistently doing well at LANs the only real problem is fatigue and travel. Both are concerning factors but nothing compared to what teams who aren't doing well will have to face.

For teams that need to reevaluate their rosters or even simply study their games and implement changes, one week might not be enough time to make things work. Since all teams have to go through qualifiers now, teams do need to put in the work before the regionals take place. If we factor in time taken to travel to and fro from events along with some basic time for rest after a major event, teams simply have no time in between the Major main event and the subsequent Major qualifiers. Considering that 12 teams will go through via the DPC points, it’s also unlikely that teams can afford to miss out on events.


Minor winners have an even longer schedule


This season will see the winners of a Minor go and play the Majors, which will be within 4-5 days of the conclusion of the Minor. This probably means that teams will have to fly to the second event directly after winning the Minor which gives them little time to prepare and rest. For events which have so much significance in terms of prize money and DPC points this will not be an ideal scenario. The teams do have longer breaks in between qualifiers and LANs but for teams playing in Minors, this time also is meant for them to secure visas for two separate countries. There are approximately 25-30 days between the conclusion of a Minor qualifier and the Minor main event, during which the teams will have to train, bootcamp and secure visas for multiple countries.


Time between qualifiers and main event


The one thing that is a positive out of this is the time that teams have to prepare for the actual Major. With more than a month in hand for teams qualifying for the Majors, the level of competition is surely going to be higher. Qualified teams will know who their opponents are and will have plenty of time to prepare before they come into the event. The only real surprise will be the team coming from the Minors . 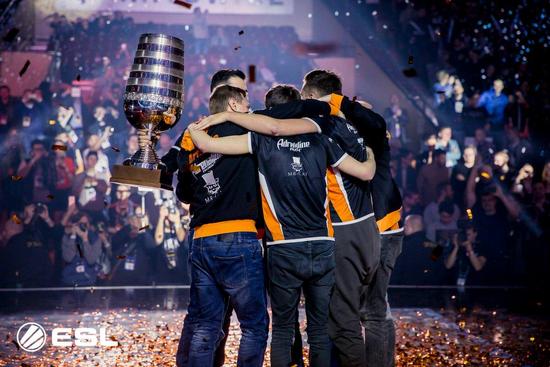 Unlike last season where we had 22, this time we have only 10 DPC events. This means that teams have lesser opportunities to pick up DPC points and the fact that they have to go through a qualifier each time will be added pressure. Unlike last time, it’s hard to imagine a team pulling away from the rest of the competition which means teams will be wary of opting out of events. The Minors and Minor Qualifiers will certainly throw up some interesting teams who might just surprise everyone once they get the taste of the big stage. With 12 spots to TI9 on the line, winning a Major will more or less guarantee a team one of those spots but expect some fierce rivalries between teams belonging to the same region as they clash time and again in the Regionals.