What went down on Day 1 of the Summer LAN Finale

The ESL India Premiership - Summer Season Finale officially kicked off earlier today and we’ve already had several memorable matches played out in front of hundreds of Indian esports fans who turned up in Kurla to witness the best Dota 2 & CS:GO teams in the country duke it out.

At the end of the day, it was relatively smooth sailing for the favourites, with only one series extending to 3 games. Here’s a short rundown of how things went down in Day 1 of the LAN. 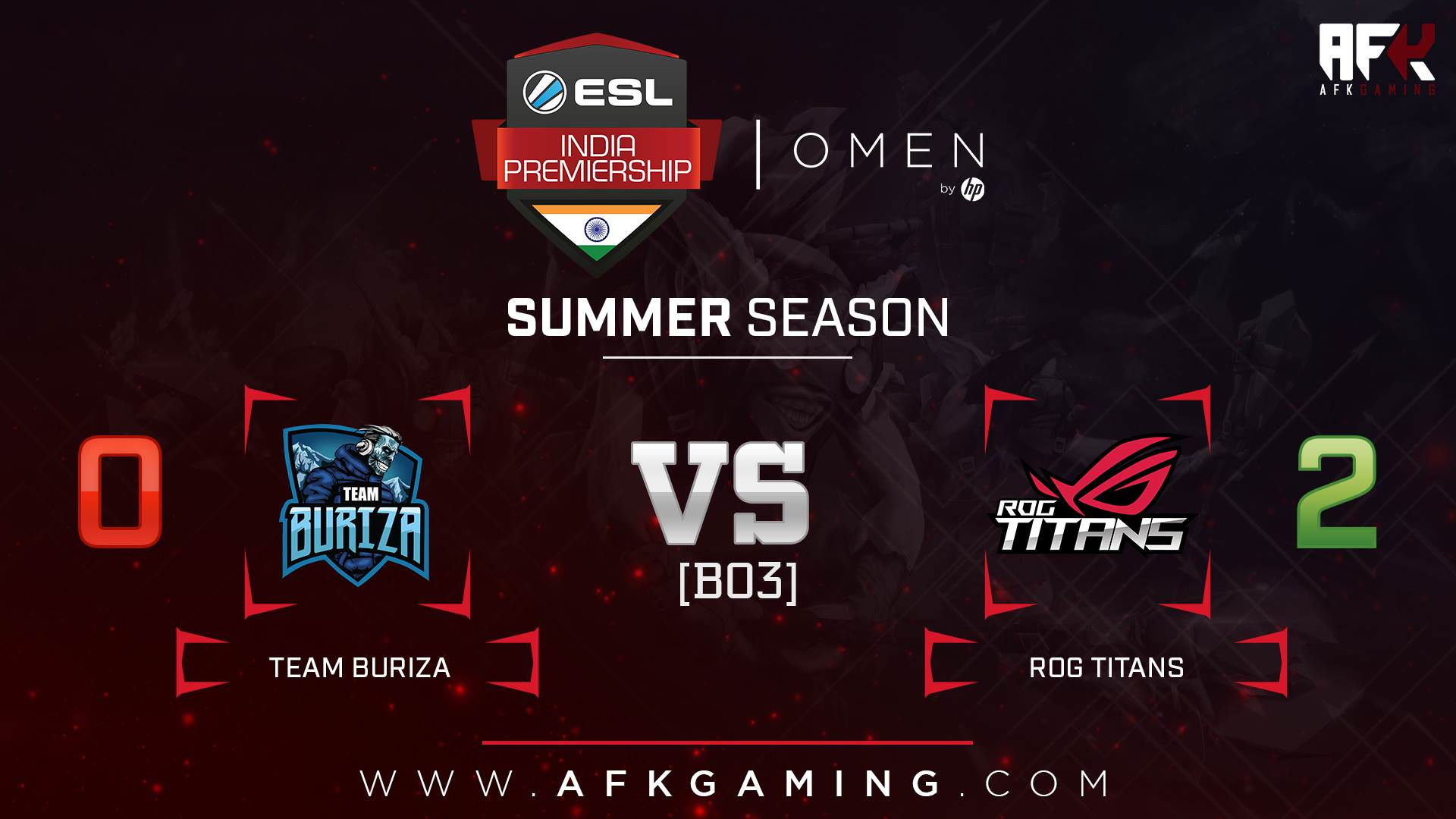 The Titans kicked off the day with a quick Game 1 victory thanks to a great Tinker performance from Harsh “Archmage” Shah. He completely dominated the midlane right from the get-go, and managed to build on that momentum posting a KDA of 18.00 at the end of the game. ROG Titans secured the victory in just 28 minutes.

Game 2 was arguably more one-sided, with ZxC deciding to steal the spotlight on his Bloodseeker. He finished the game with 16/1/12 score as he killed off anything and everything on the map. While MiCrO did manage to put up some resistance on his Templar Assassin, it simply wasn’t enough to deal with a 22 minute BKB+Radiance Bloodseeker.

ROG Titans have hence made it to the Grand Finals of the Summer Season Finale still undefeated. 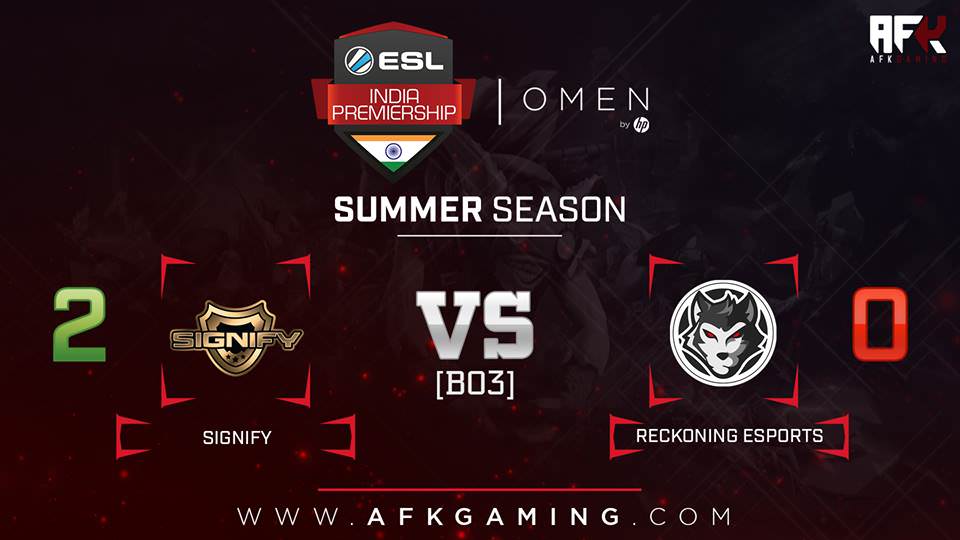 Signify’s match against Reckoning Esports came right off the back of a massive disappointment in the International 8 - SEA Open Qualifiers. However, Signify looked unflustered in their first series. They started off with a 30 Minute win, primarily thanks to BlizzarD’s signature Mirana and Crowley’s Nature’s Prophet play.

The 2nd Game was the closest and longest Dota 2 game of the day. Both teams started off quite well with their respective carries getting ample farm in the early-mid game portion. But it was Signify who emerged on top in the later stages, as repeated pick offs stunted the net worth progression of Reckoning esports. Signify ended up comfortably taking the game after securing an Aegis and wiping Reckoning esports. 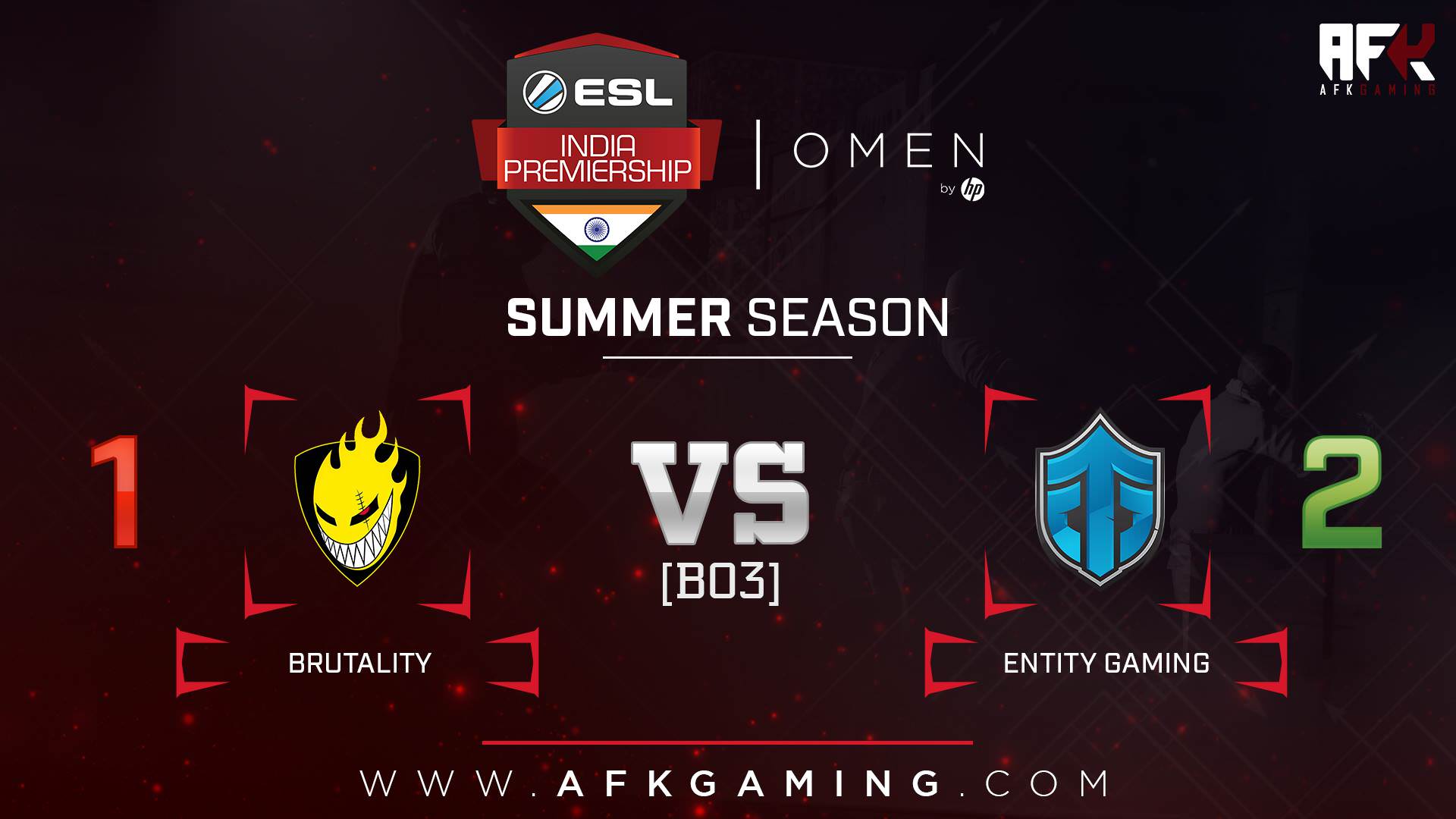 Two of India’s oldest and most prestigious CS:GO teams, Brutality, and Entity Gaming faced off in the first semifinals where Entity Gaming proved that they're the best Indian team in LAN events at the moment, winning the match 2-1 in the closest series of the Day.

Entity won map one Dust2 vs. Brutality very convincingly with a 16-8 scoreline, with Psy and Amaterasu_Adavat top-fragging the server with 22 kills. Brutality responded by turning up the heat against Entity Gaming on Cache and taking the win in Game 2. But Entity was just too strong in Overpass, where Agneya "Marzil" Kaushik put on a clinic to push Entity Gaming to the Grand Finals. 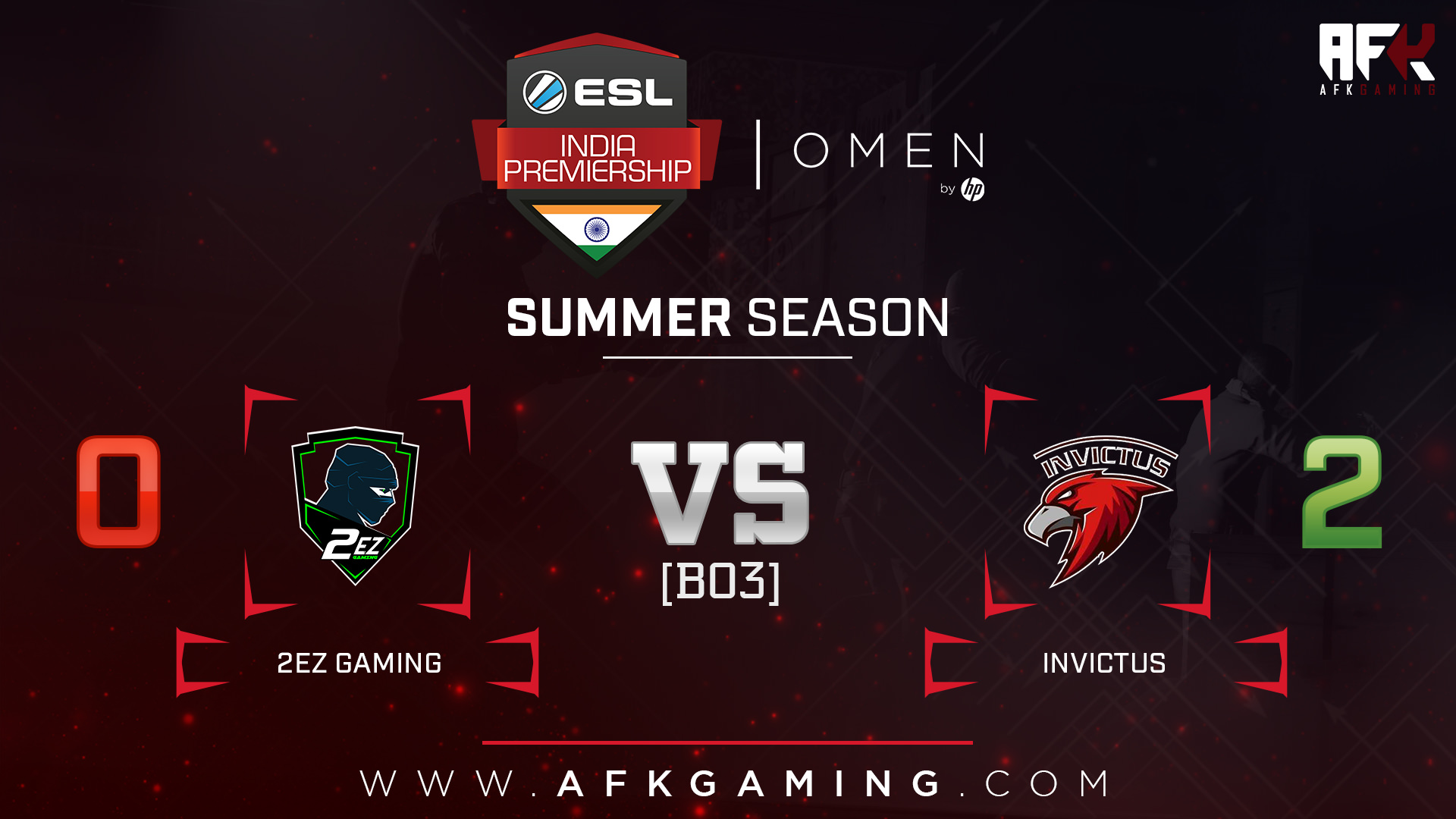 To start the day, iNvictus completely dominated proceeding against 2ez in map one Mirage, as they comfortably won the game 16-1. Mohammed Sahil “Pashasahil” Pasha was the MVP of this particular match as he finished the game with a whopping 20 Frags and a 1.93 Impact Rating.

iNvictus also beat 2ez Gaming on Train 16-13 in the 2nd game to win the series against an underperforming 2ez Gaming. iNvictus almost blew a huge lead in Game 2, if it wasn’t for Ishpreet “Huntr” Singh, who was on point, we might have had a full BO3 series but the Captain pulled out the win in the high pressure situation with a fantastic performance.

Tomorrow we will see Signify taking on the undefeated ROG TiTans in one of the most hyped Dota 2 matches of the season. Both teams should be very familiar with each other considering that they’ve been the top dogs of Indian Dota for quite a while, this should add to the spectacle.

On the CS:GO side of things, iNvictus and Entity Gaming will battle for one last time before Karan “Excali” Mhaswadkar departs to the latter at the end of the season. It will be quite a difficult matchup for either side, but both teams do have the tools to win this match and lift the ESL India Premiership 2018 - Summer LAN finale trophy.