Western Pros make an official statement regarding racism in Dota 2

Following the outrage of the Chinese Dota 2 community, who continue to rage despite Valve’s assurance stating their stance, as well as assuring that Andrei “Skem” Ong and Carlo “Kuku” Papad have been formally reprimanded by their respective organizations; A few western pros have decided to make a public statement.

In regard to recent events surrounding racism in our DotA 2 esports community. pic.twitter.com/fLDHXjkYT1

"I didn’t expect the Skemberlu incident to blow up so much and after thinking about it a bit more I realized why it should be blown up. Having played in every region except China for a extended period of time. It’s quite apparent that there’s a lot of racism/sexism/weebism? that affects gameplay. Just yesterday for me 3 out of 5 of my games were ruined and everyone was just all chatting some hate about Peruvians. Although those Peruvians did indeed ruin my game, it doesn’t mean all Peruvians should be shamed from a select few idiots. I believe this Skemberlu incident should be compared with the Solo 322 incident. Just someone being stupid and should be punished but can be a push in the right direction for us Professionals. I hope all pros or players aspiring to be pros take some time to think about just how much pointless hate happens in our pubs and take a stand against it. I just want a better pub experience honestly fuck you assholes."

I don’t expect this incident to turn everything around but I do hope it’s a start. I don’t remember playing a game recently where there isn’t some talk bout Russians/Peruvians/sea country/anime stuff. And when there’s a girl in the game that too.

This is how Chinese people solve a problem. Trashtalking Kukus daughter. pic.twitter.com/jPYfTOcBzQ 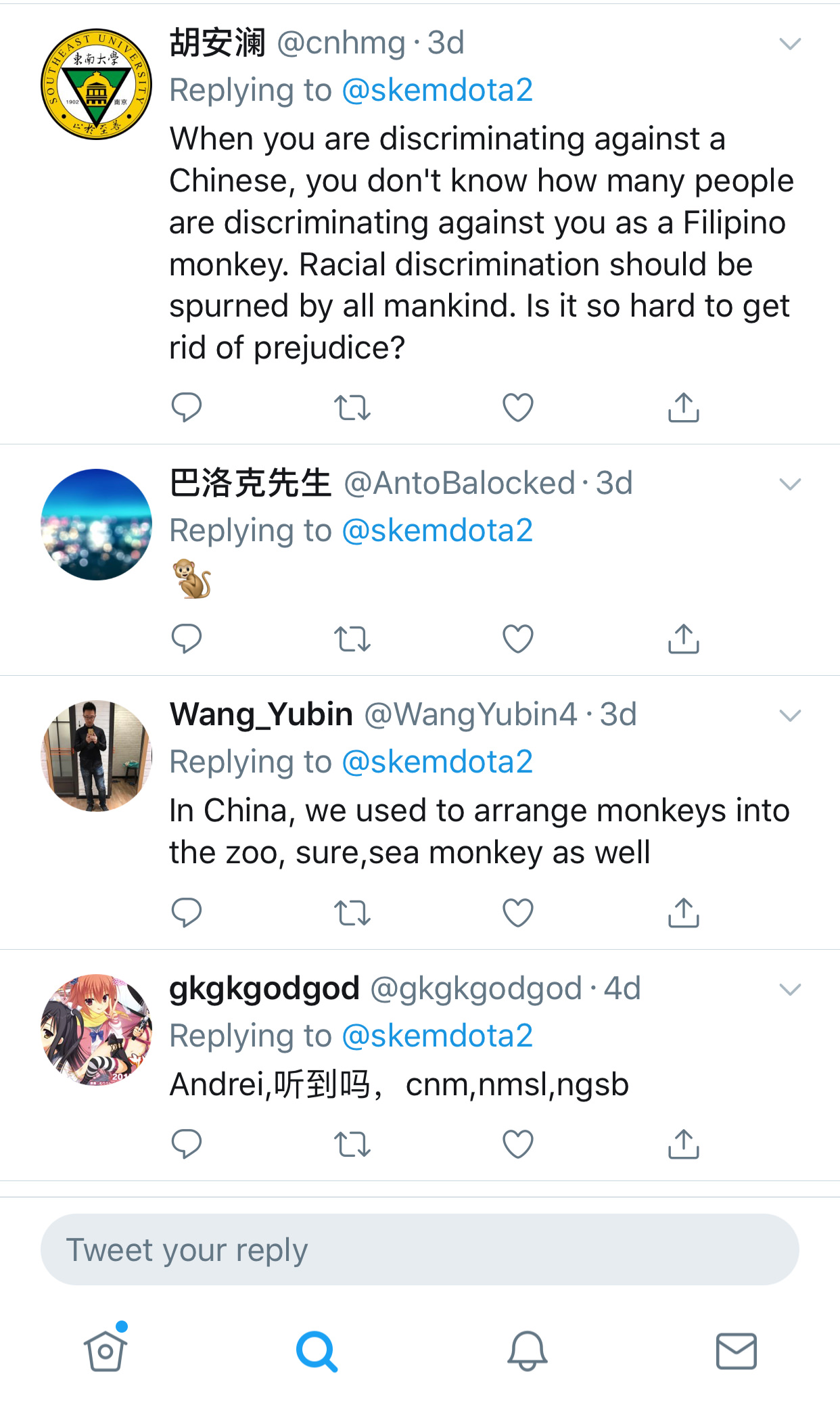 Popular community figure Wykrhm Reddy also posted a statement, on Weibo, displaying the abuse he received in the past few days. 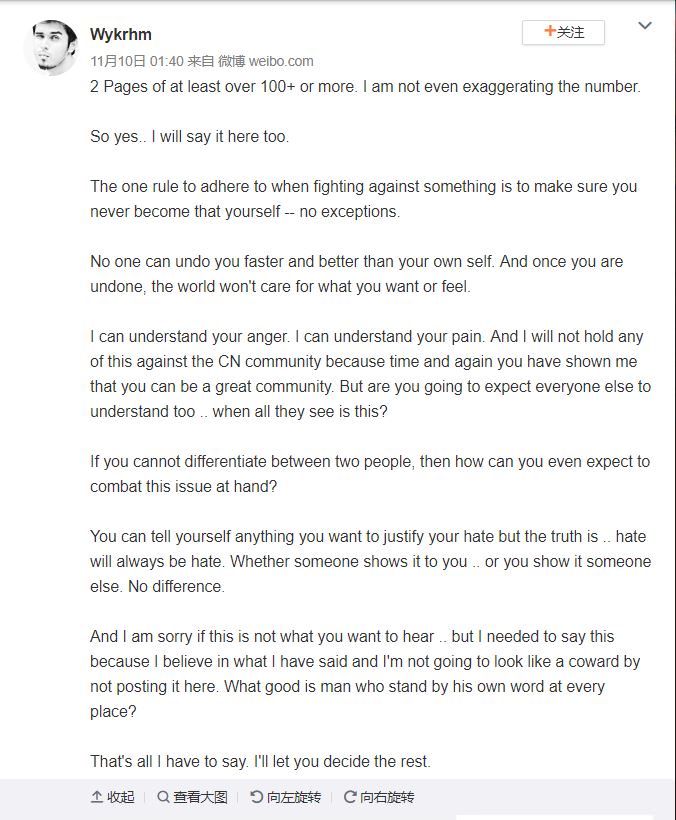 At the time of writing, Chinese pro players haven’t issued any statements, after Xu "BurNIng" Zhilei posted Valve’s stance regarding this issue.