13th, Mar, 2018
It has been over two years since the last premier tournament which required all of its players on a team having to come from the same country took place. WESG is finally back, and its goal seems to have not shifted. It is still aiming for the creation of an olympiad for esports, referencing the Olympics several times in their announcement.

Even with the limitation of nationality set on the teams, we see plenty of well-known teams and players enter this event. Teams like Team Leviathan, paiN Gaming, SG e-sports and Happy Feet may not be the top dogs in their regions, but they’re highly skilled competitors. WESG still has an uphill battle ahead of them if they want to be the "Olympics of esports", but what we've seen so far seems promising. 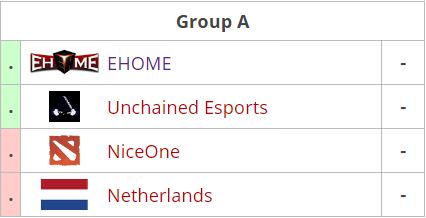 Group A is probably the only group without a clear favorite. "EHOME", featuring CTY and Faih_Bian, and "Netherlands", with Sing_Sing and SexyBamboe, are probably the closest you will come. The darkhorses of the group are the Turkish team "Unchained Esports" who have Pubstar FuN^KeFaL (The Tinker Spammer) in their midst. They came in through the European qualifiers, beating teams like mousesports and Team Ukraine to claim 1st place in the qualifier. The other team in this group is "Niceone" from Kazakhstan, a region that has not been represented in international competition in quite a while. So even if they may not yet be top championship contenders in the international scene, it’s a special occasion for them.

In Group B we find Team Russia. This team has 4 of the 5 Virtus.Pro members under its wing and are arguably the favorite to take it all. But the group will be no cakewalk for the Russians though as they have to fight their way past teams such as Team Peru, along with Kingteka, SmAsH, VaNN, and Germany. Their biggest group stage hurdle will probably be Entity Gaming’s Filipino roster who return together as a team for one last time. If you are to be realistic, the top spot in the group will probably be secured by the Russians and the runner-up by whoever wins in the game between Entity Gaming and Team Peru. But who knows, Germany might overcome and shock us all. 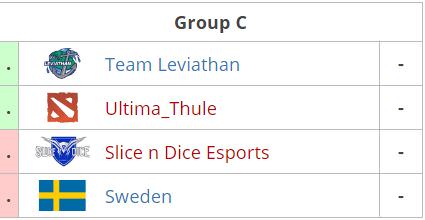 While group C, at a glance, might look like a boring group, several interesting storylines emerge when you look below the surface. We have one team who have fallen from grace lately (Sweden/Alliance) accompanied by a team from a region which has probably never competed in a tournament of this calibre (Slice n Dice Gaming/Egypt) and two teams who are below the elite tiers in their respective regions and hence are hungry for some success (Levithan/USA and Ultima Thule/Russia). Even the most dedicated Dota fan will have difficulties in predicting the winners of this group, but we can confidently say that Slice n Dice Gaming will finish in the bottom. 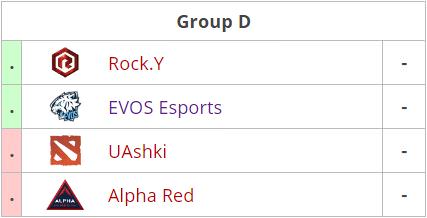 When the groups for WESG 2017 released, most of the people who looked at the teams of group B asked “Who?”. Group B is undeniably the one considered the weakest of all the groups. Of course, that doesn’t mean that the group lacks tension. The teams here are likely the most evenly matched and hence will provide the most entertaining games.

So what about the teams? Rock.Y Gaming is a Chinese team that isn’t scared of a fight, they won the APAC Finals to get to this event, they are in all likelihood the favorites of this group. In their group, we also find EVOS Esports who would be looking for revenge, as they were eliminated by Rock.Y in the APAC Finals. We also have Ukranian team UAshKi who finished third in the European Finals and Thailand team Alpha Red in this group. Both teams definitely have what it takes to cause some major upsets in this group. 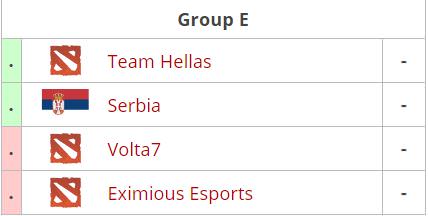 We have just learned that Eximious Esports from Pakistan will not be competing at this event as they failed to secure VISAs for the event.

This, of course, means that 2 out of the 3 remaining teams will make it to the playoffs. Which represents a great shot for Ecuadorian team Volta7. This is the first time they are playing in an event of this magnitude. Landing a blow on either of the two juggernauts, Team Serbia/Team Hellas is gonna be a tall ask considering the experience of the two teams. It will be a reunion of sorts for Team Hellas who qualified for this event as part of the Mousesports organization. Since then, the team has disbanded and the players have gone in different directions. This will be the last time that this team will come together, can they make it a memorable one?

Team Serbia has quite an experienced lineup with LeBronDota from Na’vi and Swiftending. They too can put up quite a fight against the best in the world

Group F similarly only has 3 teams in their group as opposed to the default 4 teams. This group has a lot of South American flair to it, consisting of teams from Mexico and Brazil in Lean2Gank and SG – Esports.

While SG – Esports go into most International Dota 2 events as underdogs, here they possess quite a big advantage as their chemistry and team play, thanks to regular scrimmage and participation in DPC events which will definitely give them an edge. WESG 2017 provides them a massive stage for them to show their worth in front of the International audience.

Fire Dragoon need not worry too much as well considering their run at the APAC Finals. 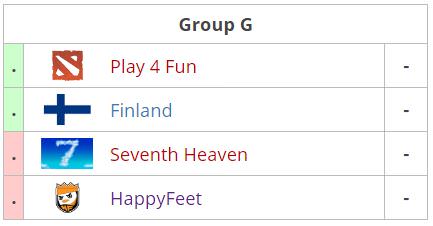 Even though they have been shaky as of late, group G probably has the best the SEA team attending this event, ‘Happy Feet’. Teams like "Play 4 Fun" and "Seventh Heaven" aren't exactly top contenders to bring home WESG. And while "Finland" has a stacked roster, they didn’t exactly do well in the European Finals. So who will get out of the group, after Happy Feet? Honestly, your guess is as good as mine. “Seventh Heaven” might have a chance if they channel their inner Miracle- which they showcased in the APAC Finals. Other than that, DUBOBAO Play 4 Fun could do some damage. It might seem like I'm overly negative about this group, but in reality, I hope to catch some games from here. It's always fun to see who the stars of tomorrow might be. Even if tomorrow is still quite a bit off. 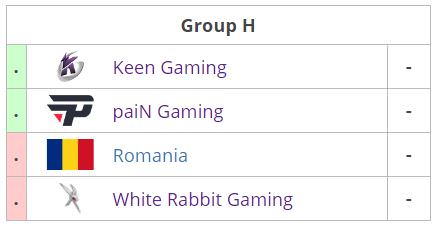 The final group of this preview is also probably the most difficult to predict group of them all. It also contains one of biggest Chinese teams to take home the whole tournament: Keen Gaming. China has a proud tradition of producing great Dota players and "Keen Gaming" is the strongest Chinese team participating in this event. Old chicken, dark, yoona, MS, and ?? is one hell of a lineup that looks truly scary as any Dota fan following the DPC Chinese qualifiers will attest to, at least on paper.

If the other teams in the group want to have a shot at the playoffs, they will most likely have to battle it out between each other. And it isn’t for them as well, Team Romania has quite a stacked roster as well. With players like W33ha, bOne7, cancel^^ they are sure to put up a hell of a fight against the others.

Then there is PaiN Gaming, The Brazillian team who just showcased that they could hang with the best teams in the World at the Bucharest Major. South African team, White Rabbit couldn’t have asked for much worse matchups.

Be sure to tune in.