16th, Nov, 2017
The World Electronic Sports Games is one of the biggest esports events in the world with a prizepool of almost 4 million Dollars. It's format is a rather unique affair because only national teams are allowed to participate in the event. The tournament announcement comes with details of the WESG 2017: APAC Qualifiers

The competition features national teams from four separate games: Counter-Strike: Global Offensive, Dota 2, Hearthstone, and StarCraft 2. Twenty teams will be competing in each game at the APAC regional LAN qualifiers, which will be held in China from January 11th-14th, 2018.

Here is a detailed list of how many slots are afforded to each game in each region.

WESG are also hosting Women's only competitions for CS:GO and Hearthstone. 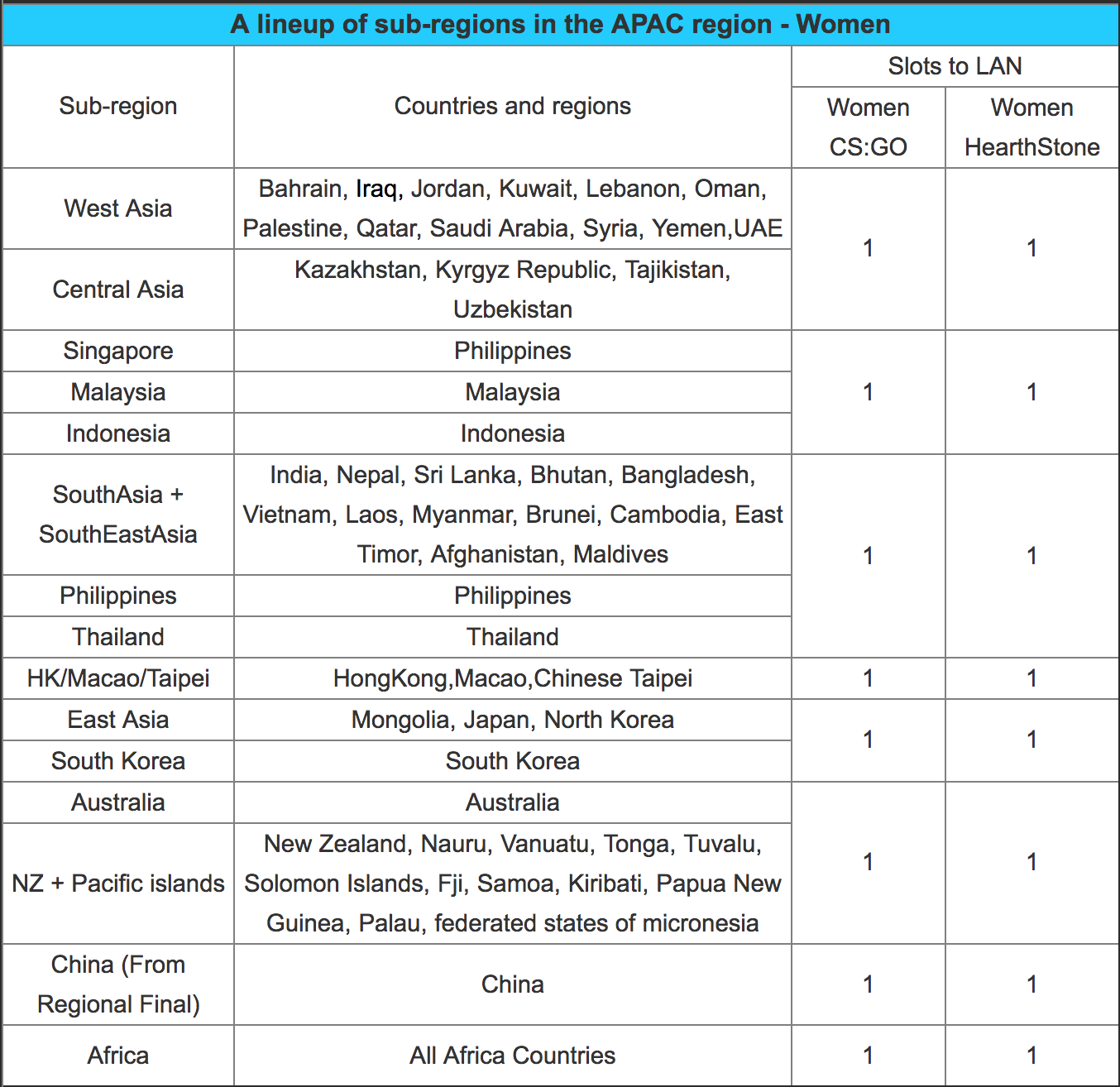 The $279,800 prizepool of the WESG APAC final will be split amongst the top 8 teams from each competition as follows.

Image Credits: WESG
This is, of course, a precursor for the larger WESG Grand Finals where a much larger sum of $3,921,400 will be split amongst the top 16 teams from each game. 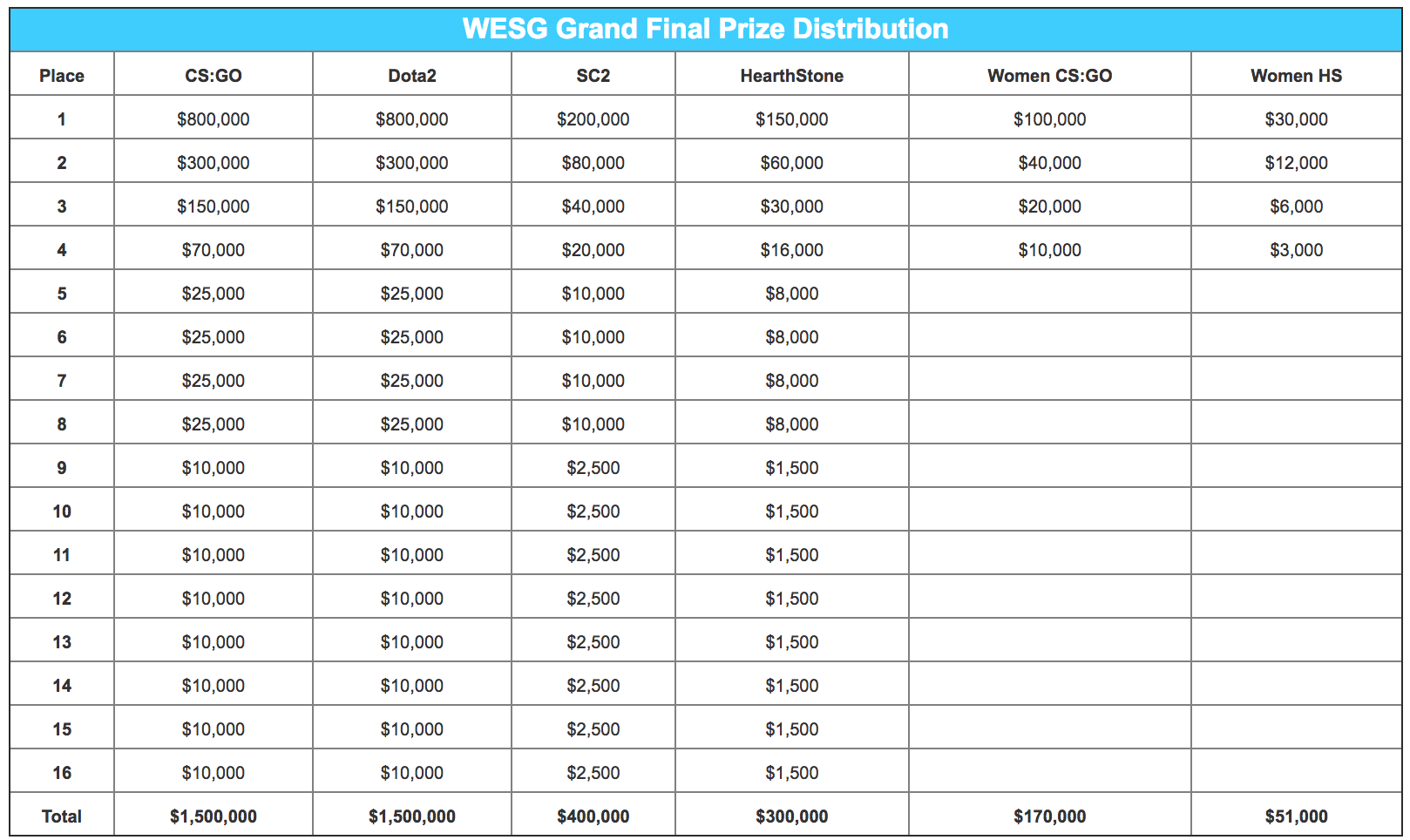 You can register for the WESG 2017: APAC Qualifiers by clicking here. Please make sure that your team is made of players from the same country.

Although the schedule for the preliminary Sub-Regional Qualifiers hasn't been announced, they are expected to take place from November 21st – December 17th, 2017. The APAC regional LAN qualifiers will be held in China from January 11th-14th, 2018 and The WESG Global Grand Finals will be held in March 2018 in China.
About UsContact UsServicesRSS
DisclaimerAdvertise With UsArchiveEditorial Team