28th, Nov, 2016
Ground Zero the LAN finals of the Indian Esports Championship concluded with a bang in Mumbai with Roar Esports securing a thumping 2-0 victory in the finals over the Dare2Dream Squad. They failed to drop a single game in their road to victory and looked very dominant. We caught up with WEAP(X)N the luminary carry of Roar Esports to talk about IESC and Dota in general.
Gfreak0: Hello WeaponX and thanks for taking the time to talk to us. We would like to congratulate you and your team on your IESC triumph. First of all, can you please introduce yourself and your team to those who don’t know you.

WeaponX: Thanks a lot, my name is Syed Aamir Ahmed. I am from Hyderabad. I play for Team Roar E-Sports. Currently Clown[K] plays mid for us and Pinkman plays offlane. Both of them are from Hyderabad. The supporting duo are Deliverance and MinnowX from Bangalore. 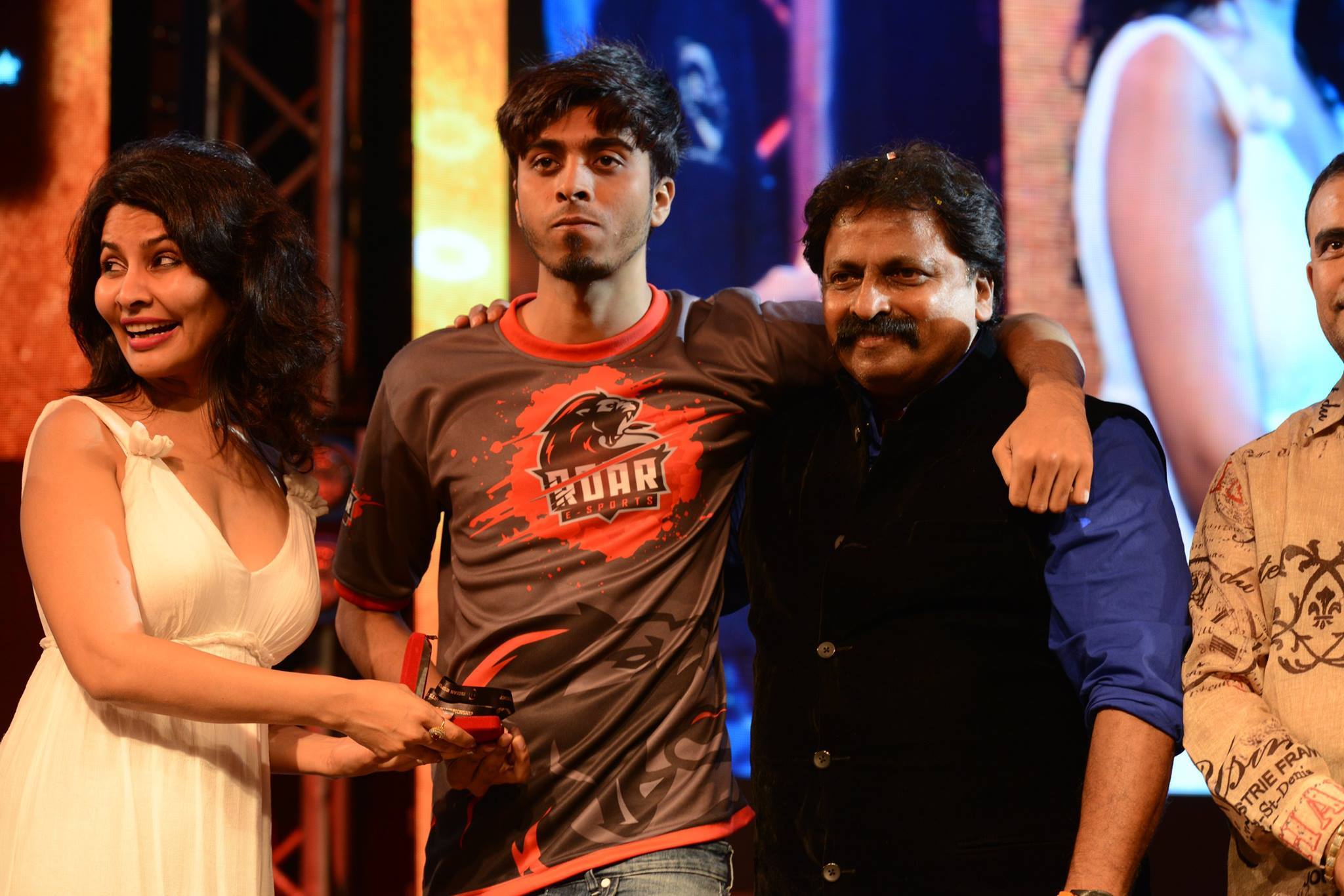 Image Courtesy: https://www.facebook.com/WeapXn/
Gfreak0:  Let’s go into your history as a Dota professional. When did you first start playing Dota and/or Dota2?

WeaponX: I've been on the Indian Dota circuit for quite a while now, I guess 6 years to be precised.We started as Team inFAMOUS which was later sponsored by Spawn gaming and later turned into Roar E-sports.
Gfreak0: Did you guys expect to win at first when you signed up for IESC?  What were your expectations when you came to Mumbai?

WeaponX: “When the final 5 were decided for IESC which was 1 week before the tournament we were quite confident enough to win it as Entity Esports were gonna play ROG masters @ Malaysia. Also we played IESC with ZeDisbuGG instead of MinnowX so that gave us huge confidence boost.” 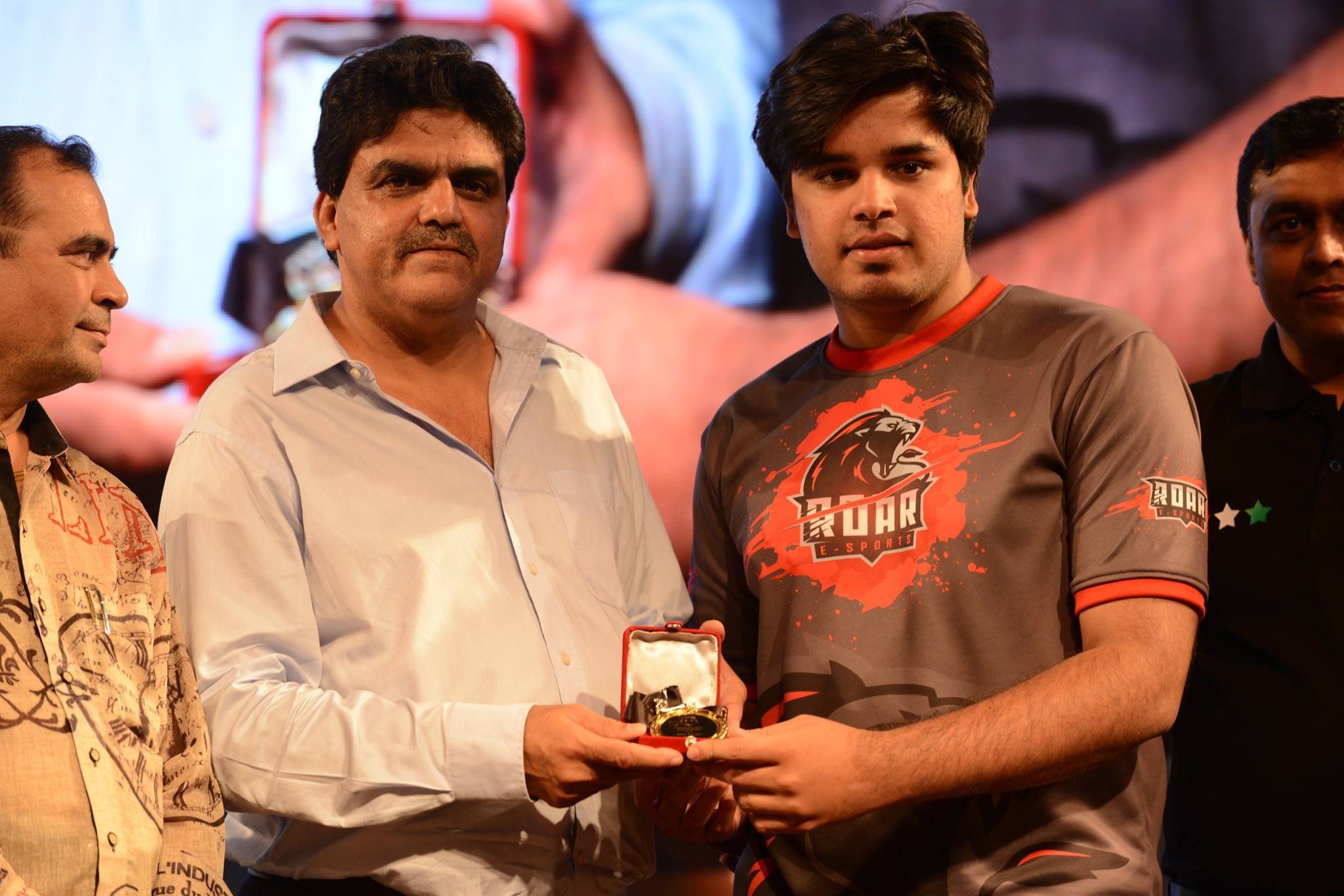 Gfreak0: Yes, ZeDisbuGG with all his experience must have given you guys a huge advantage. Which brings me to the next question, Is ZeDisbuGG back in the Indian scene or is this a one-off tournament appearance?

WeaponX: No, but he is going to be coaching us in his spare time.
Gfreak0: Let us talk about the Finals… Did you have a specific gameplan against Dare2Dream? Or did you make it all up while drafting? Also did you feel Dare2Dream made a mistake by revealing their Tinker pick too early in game 2?

WeaponX: Yea, we knew what their strengths were so we banned heroes accordingly. I guess they were forced into picking Tinker because we had Clown[K] and they don't want to face his Tinker.
Gfreak0: You told us that you were confident of winning the IESC since Entity Esports was not talking part in this tournament. But who did you consider as your main obstacle on your way to the title?

WeaponX: Most of the teams who took part in IESC were decent. but I/we knew that Dare2Dream, Serene Chaos and Secret Joke were going to be our 3 toughest opponents.
Gfreak0: If you were to make an Allstar team, But you had to pick 5 players from 5 different regions(NA, EU, SEA, China and India) what would that roster be?

Gfreak0: We know its kind of personal but I really want to know what you did with your tournament winnings ?

WeaponX: We didn't get the winnings yet as it is still in process and I've still not decided what to do with the money as "Demonetization" Kappa
Gfreak0: What did you think of IESC ?  How well was the tournament organized compared to other Indian Dota 2 tournaments?

WeaponX: IESC was the best organized tournament in Indian E-sports history and I am not saying this just because I won this one. Everything was way up high there, from Pre tournament party to prizing ceremony everything was perfect. I am sure that they sure will add a lot more in their next edition as they themselves wanted positive criticism even after hosting such a marvelous tournament 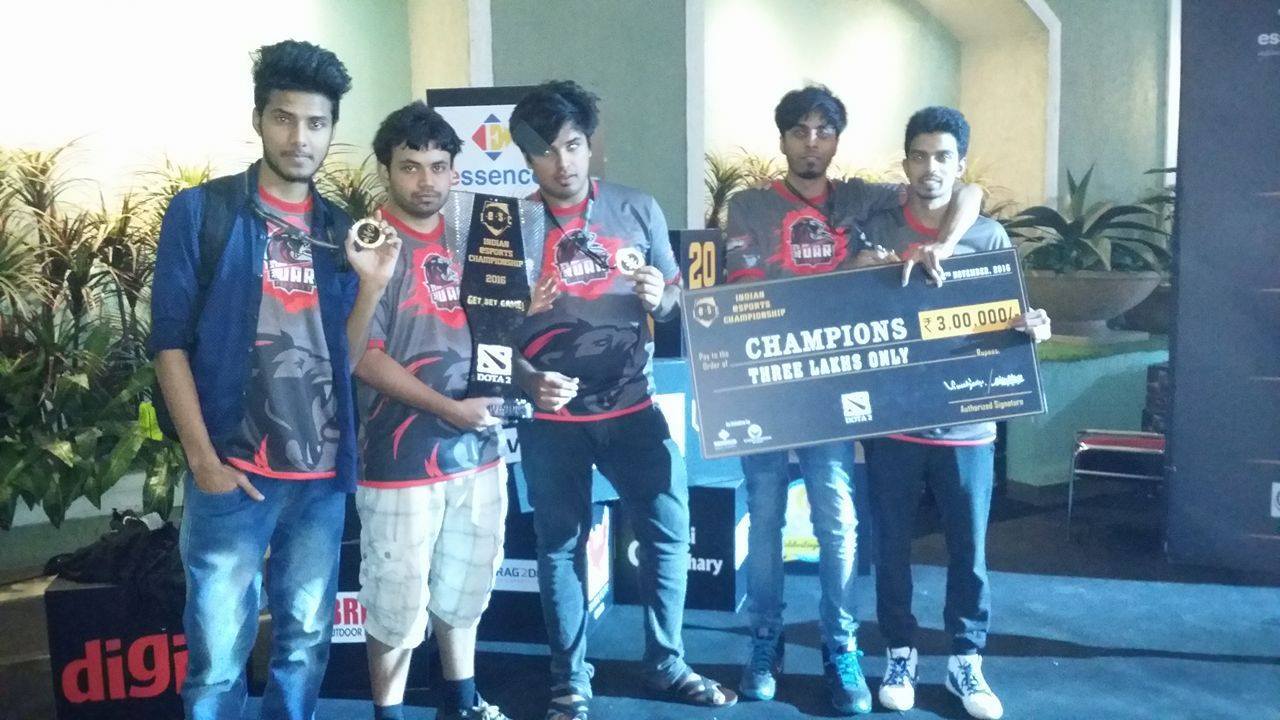 Roar Esports with some serious SWAG!

Gfreak0: Thank you for your time. Any final words or shoutouts to your fans and the DotA community?

WeaponX: We received tremendous support from fans/Dota community this tournament so huge shout out to people who were cheering for us, it means a lot. Also a huge shout to IESC team for organizing the best tournament I've played on the Indian Dota circuit.