Valve speaks out on the recent DMCA takedowns

26o, Jan, 2018
The overlord has spoken. Valve just issued a statement, regarding streaming rights, following recent DMCA takedowns against streamers like AdmiralBulldog and BananaSlamJamma for broadcasting ESL One: Genting 2018.

In a blog post on Dota2.com, Valve made it clear that it is the only body that can issue DMCA notices against DotaTV games unless the stream is using “the broadcasters’ unique content (camera movements, voice, etc).”
They also stated that they “designed the DotaTV guidelines to be flexible” and encouraged up and coming casters by specifically stating that they were allowed to stream Dota 2 Pro Circuit games on their channel.

Valve's full statement is below: 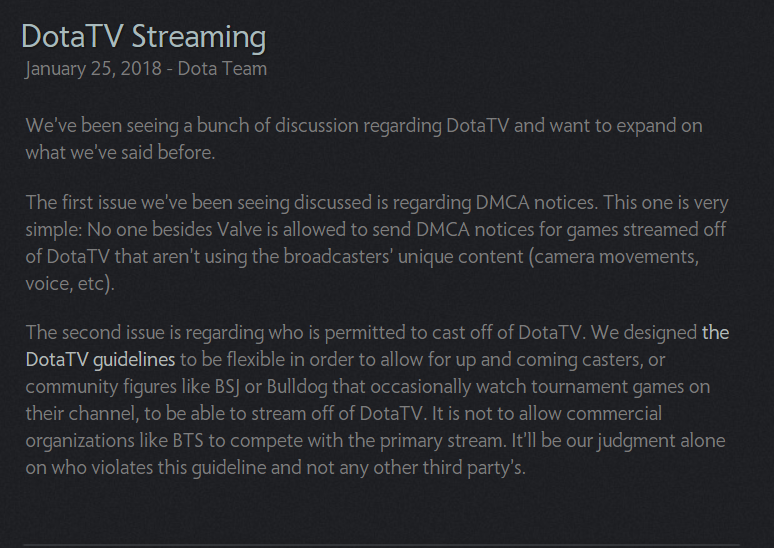 This comes as a huge victory for the Dota 2 community who’ve been at odds with ESL, for choosing to stream on Facebook. They cited technical issues with the stream including the visual quality of the stream, issues with watching it on mobile devices which don’t support Flash and privacy concerns with Facebook.

The accounts of the banned streamers have also been restored by Twitch.