Universe is moving to SEA to replace Ohaiyo in Fnatic

13th, Jan, 2018
It looks like one of the best offlaners in the world will be stepping foot into the SEA pro Dota scene. Saahil “Universe” Arora is rumored to be in talks with Fnatic in order to replace  Khoo "Ohaiyo" Chong Xin for the rest of the competitive season.

The NA based offlaner is a sensational player and is known for his crisp, stable offlane play. If this move is confirmed, he will also become the first former TI champion to compete in the SEA scene.

The rumors kicked off after Dimitri “GodBlessMali” Vallette (Director of Events at @MarsMedia) posted a not so cryptic tweet yesterday:

Further fuelling these rumors are these tweets by prominent players of the SEA Pro Dota scene:

And this tweet by fellow NA offlaner Sneyking earlier this month, which didn’t make much sense without context: 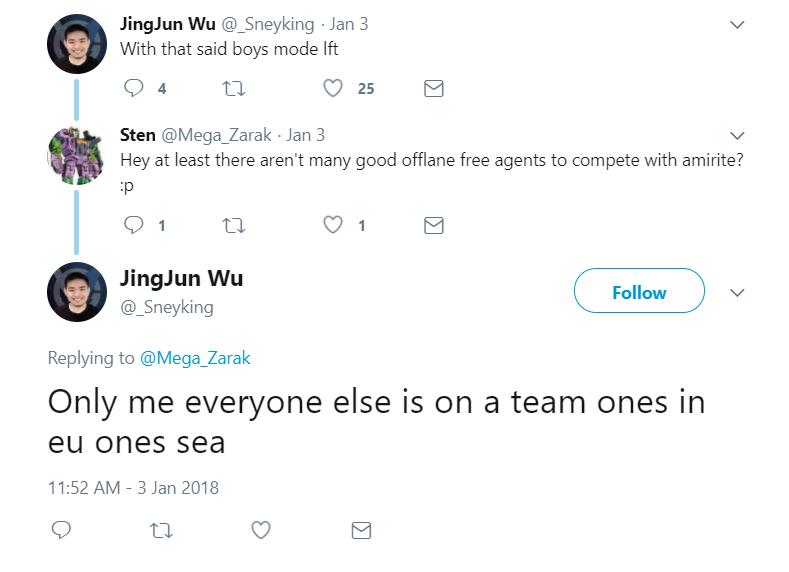 Resident Reddit detective, /u/dows_ also found out that Universe was been playing on the SEA servers on his smurf account yesterday, which in all likelihood confirms that this is a done deal.

Needless to say, many (fans and prominent SEA Dota 2 figures) are not happy about these roster developments. 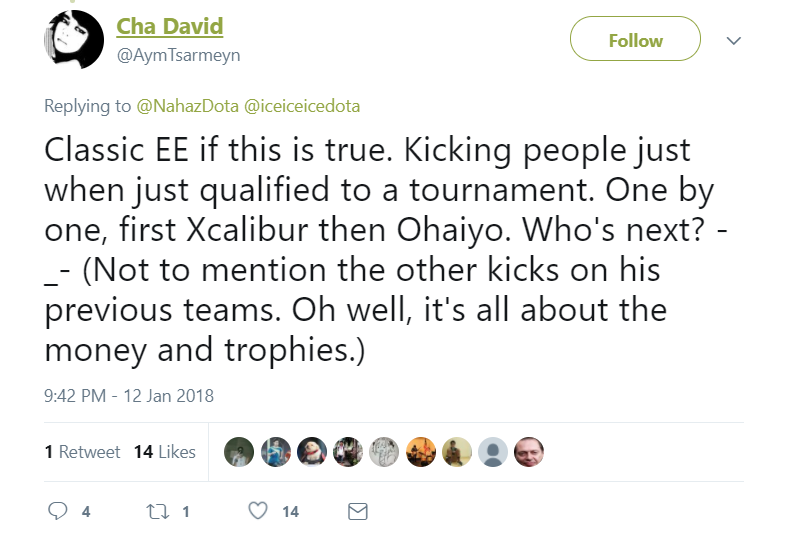 While the acquisition of Universe will be a big boost to Fnatic, it’s implications on the Dota 2 Pro Circuit (DPC) tables affects almost every single team. Universe currently has 255 points in the DPC. Currently, Fnatic has 201 DPC points. With the acquisition of Universe, Fnatic’s DPC points will go up to 390 Points which will push them above Navi and TNC and take them to the 9th Position in the DPC table.

Having qualified/invited to the next 2 DPC events, ESL One 2018: Genting and ESL One 2018: Katowice Fnatic has a prime opportunity to secure a top 8 berth by the end of next month.
About UsContact UsServicesRSS
DisclaimerAdvertise With UsArchiveEditorial Team