Tyloo revamps its roster after a streak of disappointing results

Earlier in the day, Tyloo announced via Weibo that they will be replacing both their former players Ke ‘captainMo’ Liu and Hui ‘DD’ Wu with the duo of YuanZhang ‘AttackeR’ Sheng and YuLun ‘Summer’ Cai from Flash.

Both the players coming from Flash have been taken on a three-month loan for temporary basis during which their performance and chemistry with the team will be evaluated, if the team shows improvement and the two are able to impress, there is a positive scope of the transfer becoming permanent. 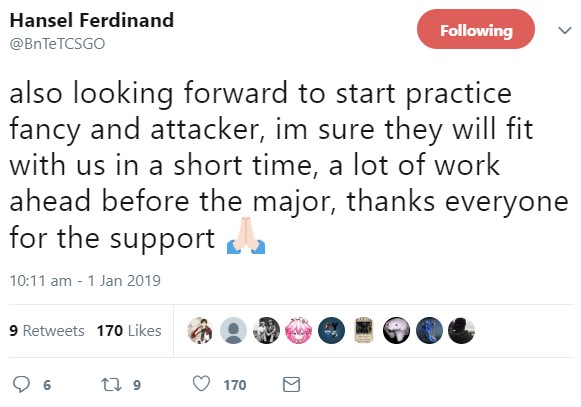 The coming major, IEM Katowice 2019, will play an important role in defining their status with the organization.

Talking about captainMo and DD, the former had said that he will be seeking retirement this year while DD had expressed his desire to leave the organisation following the FACEIT London Major 2018 and was being repeatedly retained by Tyloo, until today when both of them have become free agents after playing under the Tyloo banner for a long time now. 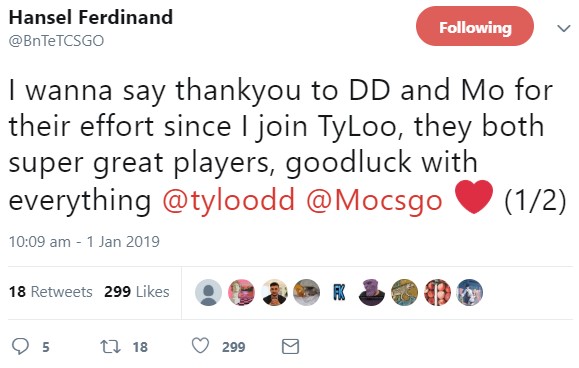 Performance Issues
The change in line-up comes after the slump that Tyloo has hit following their phenomenal performance at the FACEIT Major London 2018. The team had a horrible 12th-14th finish at the StarSeries I-League Season 6 following which they failed to qualify for both WESG 2018 and ESL Pro League Season 8.

Though the team performed well in tier two events like the Asian Development League and TOYOTA Master  CS:GO Bangkok 2018. They failed to make a mark at SuperNova Malta 2018 while facing a shocking defeat to Sharks Esports at the PLG Grand Slam 2018.

The new roster is set to boot camp in Germany and Poland in-order for the team to be fully prepared for the upcoming Major followed by the StarSeries I-League Season 7, where Tyloo will be playing in front of their home crowd in Shanghai.

Tyloo is still on a lookout for a capable coach. Which according to Hansel ‘BnTeT’ Ferdinand is an absolute necessity for the team, in order for them to appear more professional. The coach will also help improve their mentality and keep the morale of the team high and positive.

The current Tyloo line-up is as follows: