The main event of StarSeries I-League Season 6 which is all set to take place in Kiev, Ukraine from 7th-14th October, witnessed the Asia Qualifier conclude recently with TyLoo & CyberZen emerging victorious.

The Asia Qualifier was the last one to take place among the three scheduled regional qualifiers. It took place in two parts, the Group Stage followed by the Regional Playoffs.

The group stage took place from 13th-16th August with 16 invited teams divided into 4 groups of 4 teams each.

All matches played within the group stage were either a BO1 (opener & winner matches) or a BO3 (eliminator & decider matches) following a double elimination format.

The 16 teams invited for the group stage were: 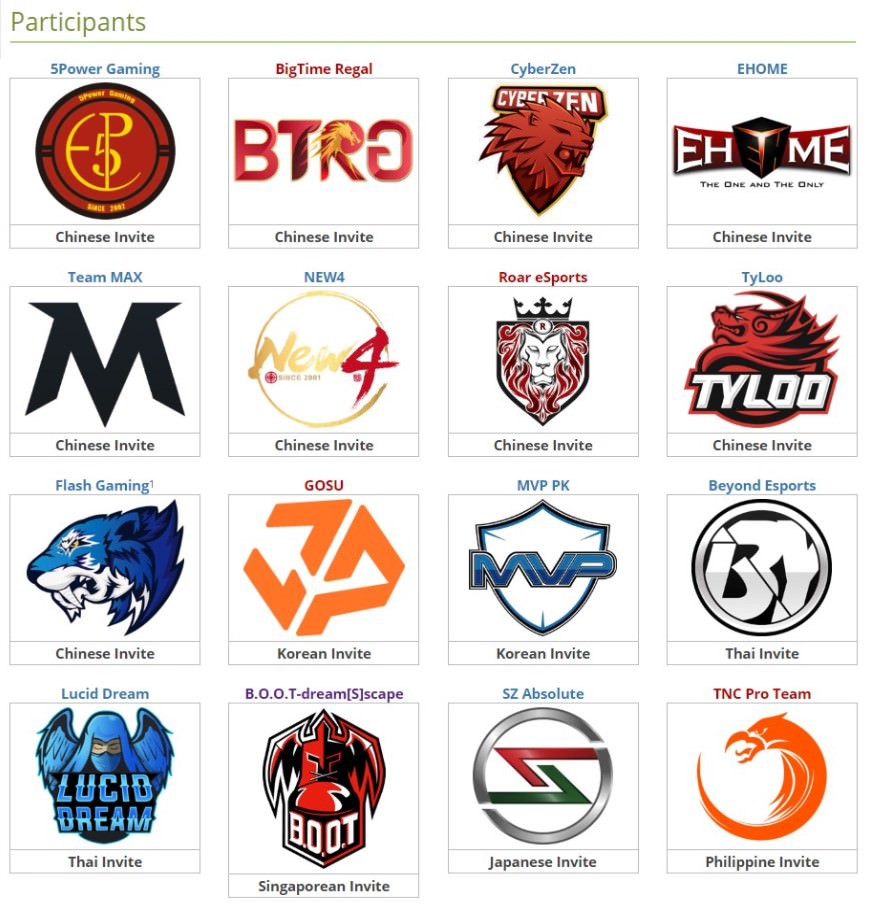 The teams were divided into 4 groups as follows:

As expected powerhouses like TyLoo, CyberZen, B.O.O.T & Flash Gaming made it through without dropping a single game and stood on top of their respective groups.

The top 2 teams from each group qualified to the Regional Playoffs. These were the final standings at the end of the group stage: 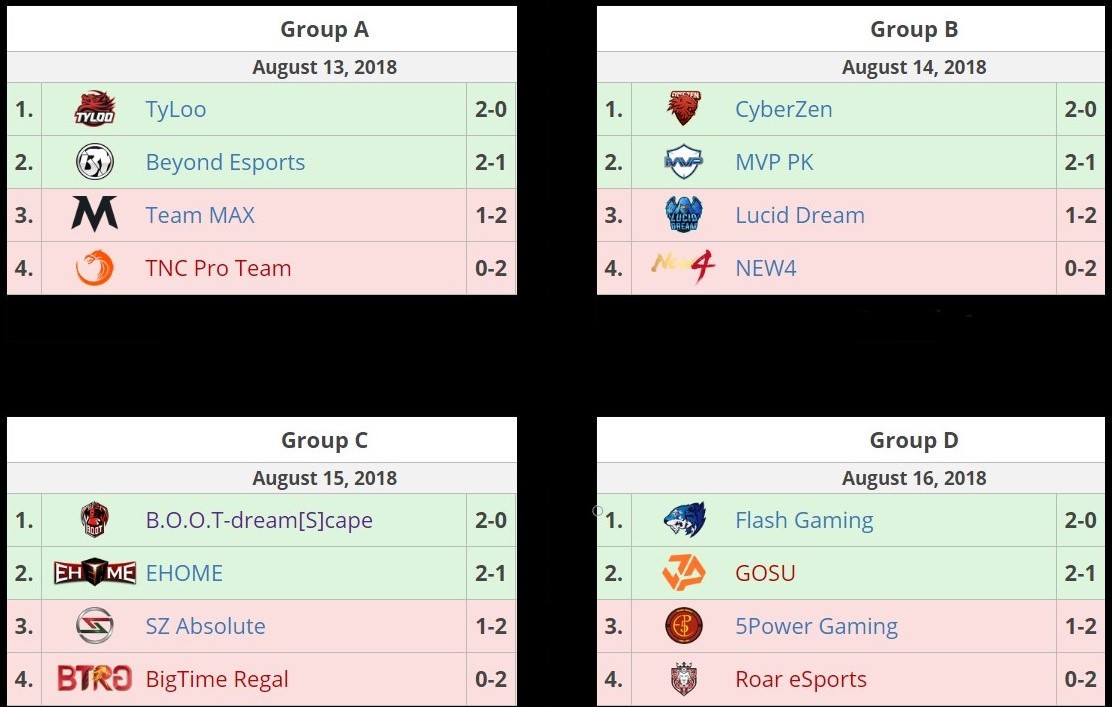 The Regional Playoffs took place from 17th-20th August witnessing the 8 qualified teams from the group stage battle it out over a BO3, double elimination bracket.

The highlights of the quarter-finals were the faceoff between CyberZen and Ehome along with the match featuring Flash Gaming and MVP PK. The semi-final victory of TyLoo over CyberZen was another outstanding game closely followed by the nail-biting performance by CyberZen against MVP PK in the losers’ finals.

This is how the Playoffs went for all the teams: 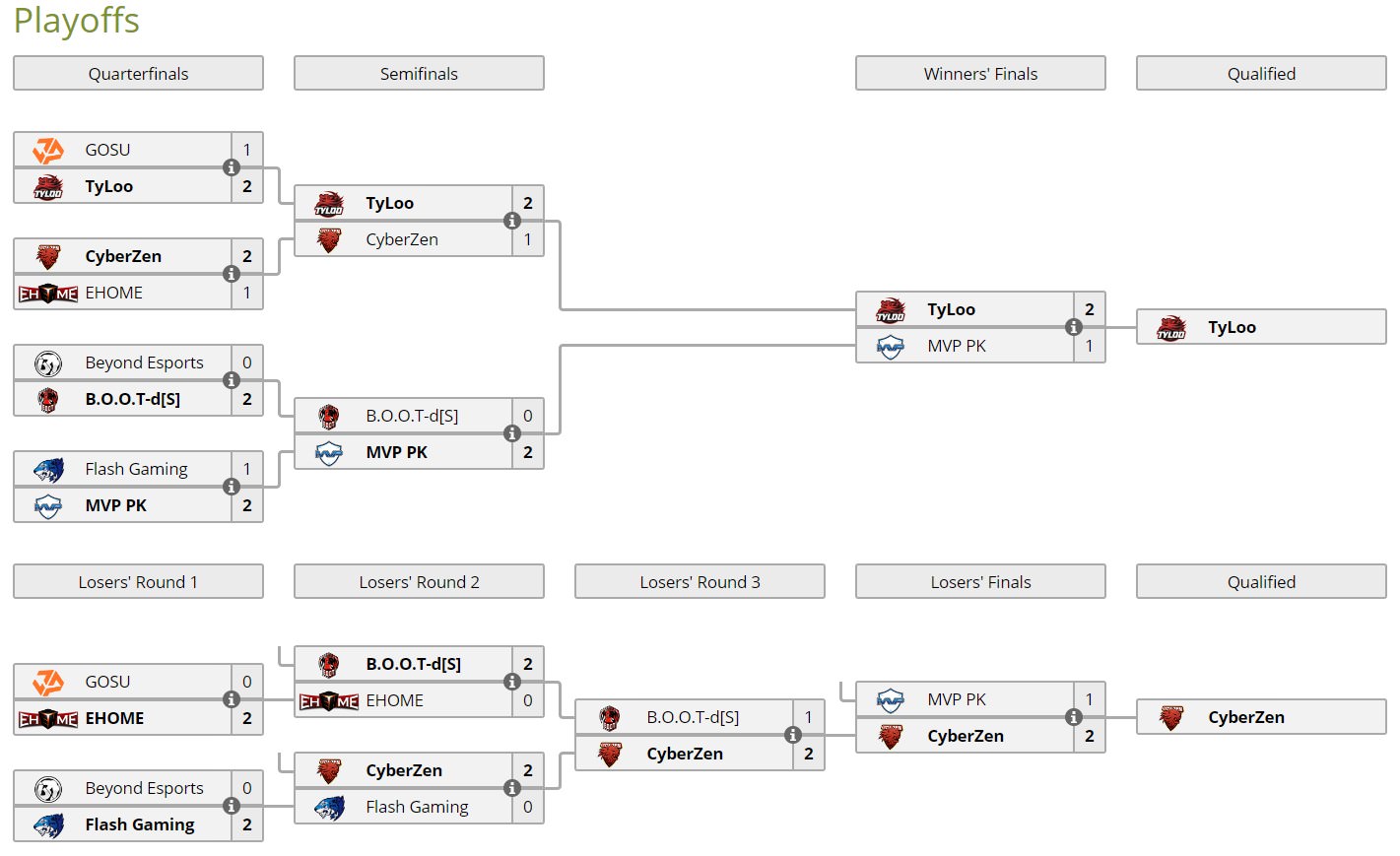 TyLoo & CyberZen are the two teams to have qualified for the StarSeries I-League Season 6 from the Asia Regional Qualifiers and will be competing in Kiev for the $300,000 prize pool.

Stay with us as we follow their journey through the rest of the main event while bringing you other updates on StarSeries I-League Season 6.
About UsContact UsServicesRSS
DisclaimerAdvertise With UsArchiveEditorial Team