The ESL Pro League – Oceania Qualifier which started off on 16th October witnessed the 8 participating teams faceoff in the Upper Bracket Quarterfinals.

The eight teams participating in the qualifier are as follows,

The 8 teams are playing a BO3, double elimination bracket with the exception of the Grand Finale which is a BO5 series, with the team coming through the upper bracket having a single match advantage.

This is how the bracket looks after the quarterfinal match-ups are played out, 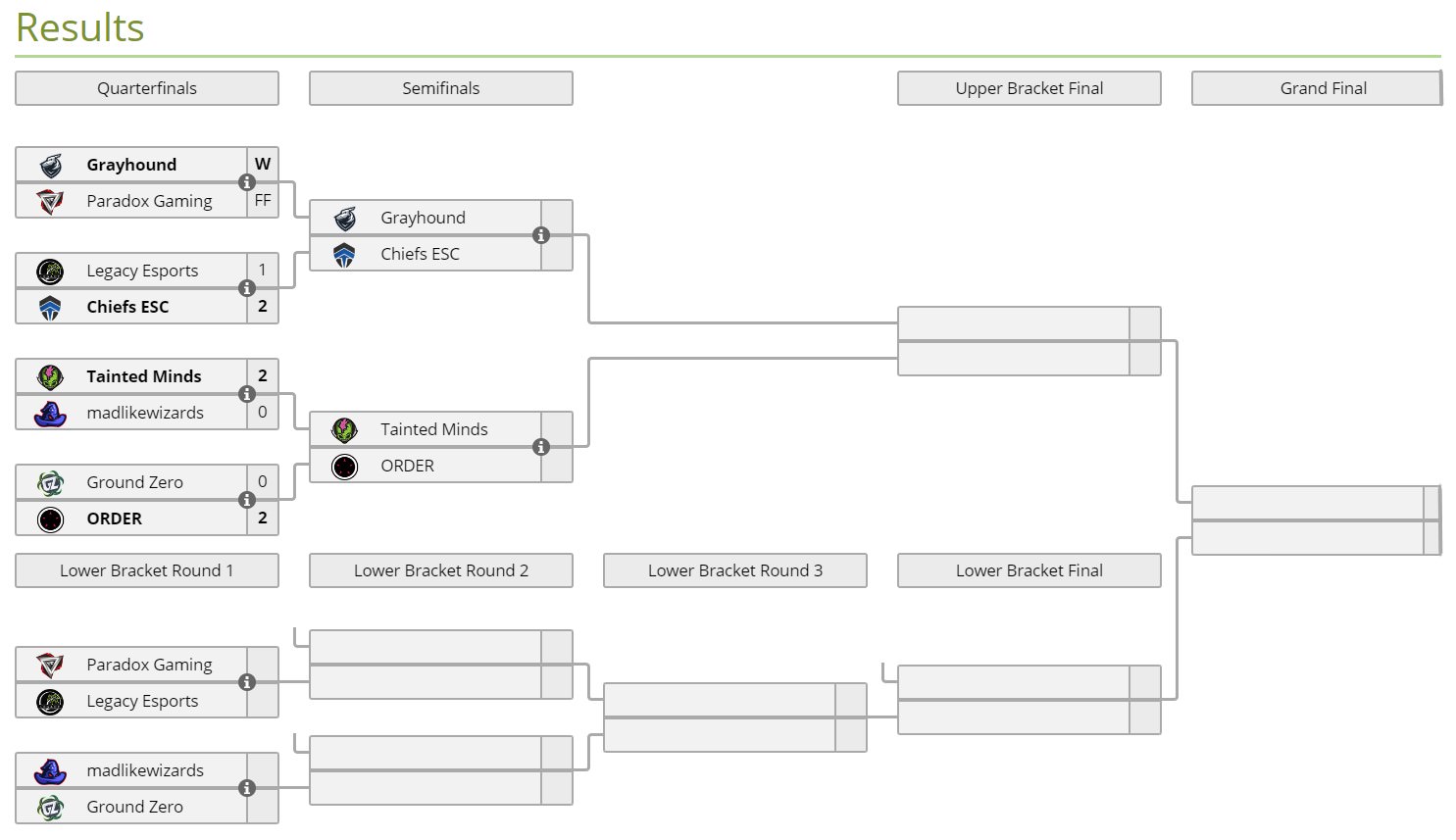 The first game of the quarterfinals between Grayhound and Paradox Gaming witnessed the latter forfeit the game due to some issues preventing them from getting ready on time for their match-up. This resulted in Paradox Gaming drop down to the Lower Bracket as Grayhound proceeded into the Upper Bracket Semifinals.

The second game was won by Chiefs after a close competition against Legacy Esports witnessed them barely survive as the game went down to the decider. The first match was won by Legacy on Train, as they gave a good wake up call to Chiefs defeating them by a score of ‘16-8’. In the second match, Chiefs came back but did not win in a convincing enough manner as they took down Legacy on Nuke with the scores reading ‘16-13’.

The decider was played on Mirage where again Legacy gave a hefty run to the Chiefs, who finally closed the game in overtime with a score of ‘19-16’. 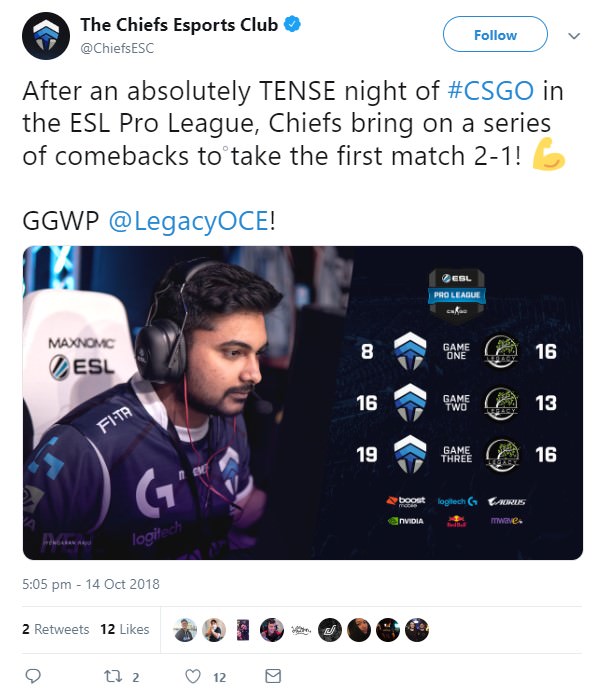 The third game of the day witnessed Tainted Minds ace their way into the semifinals, as they took down Madlikewizards in two straight matches which took place on Mirage and Inferno with the scores of ‘16-9’ and ‘16-3’. 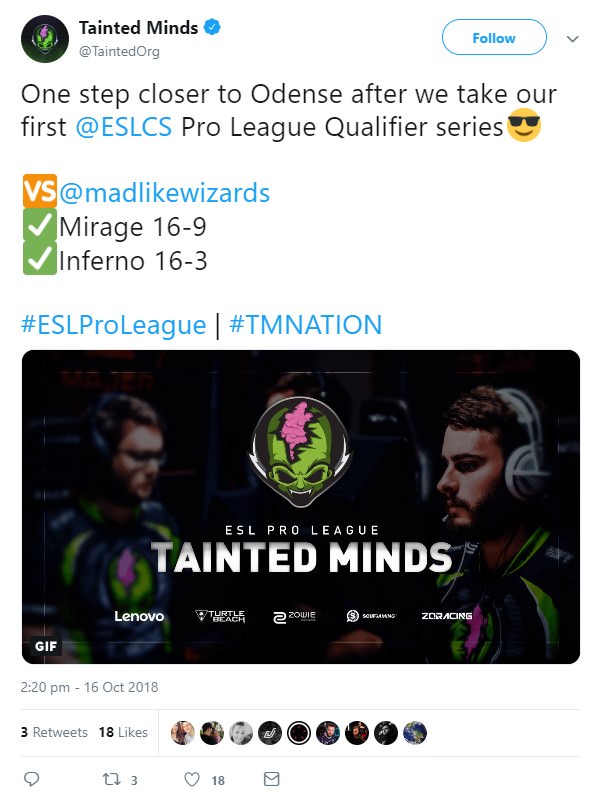 The final game was held between Ground Zero and ORDER where the latter came out on top, knocking down Ground Zero to the lower bracket by winning both their encounters on Mirage and Inferno with a heavily dominating performance. The scores on the respective maps were ‘16-3’ followed by ‘16-4’.

The next set of matches will be taking place on 23rd October, which will observe the semifinal match-ups being played along with the lower bracket round-1.