TNC Predator and Fnatic finish on top in Day 1 of the MDL: Changsha Major – SEA Qualifiers

19th, Apr, 2018
Well, it was expected, considering how far ahead TNC Predator and Fnatic are in comparison to the rest of the teams in the SEA qualifier. They’ve both booked a place in the semi-finals of the playoff bracket after a good showing on Day 1 of the SEA qualifiers. The rest of the teams will be competing with each other for direct spots in the quarterfinals.

TNC Predator 2-0d, Open Qualifier team: Neon Esports in the opening match of Group A which saw them advance to the Winner’s match. BOOM ID failed to show up against Execration in their opening match (citing timing misconceptions as the reason) which handed the Filipino team a default win. In the final match of the day, TNC Predator once again 2-0d Execration in a relatively quick series which saw them book a place in the Semifinals. 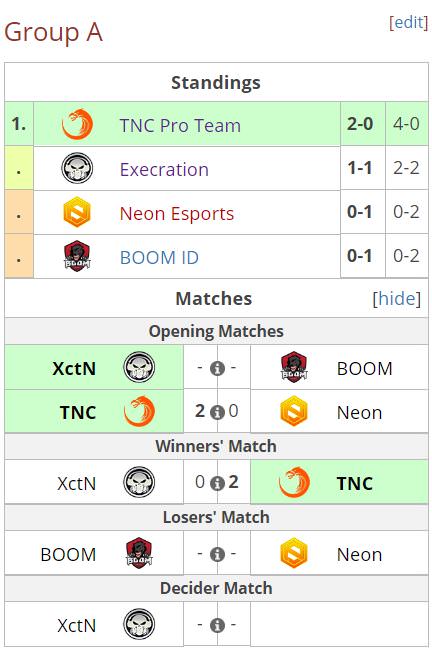 Ohaiyo didn’t have his revenge against Fnatic, as Echo International lost 2-0 to EternaLEnVy and company in the opening match of Group B. The other side of the GSL bracket saw Clutch Gamers, with their new roster, beating Geek Fam in a 2-0 sweep to setup a clash against Fnatic. The Clutch Gamers vs Fnatic was easily the match of the day. Game 2 was an incredibly close match which featured a base-race, amongst other things. It was also the only BO3 of the day which stretched on to 3 games. Fnatic prevailed in the end, winning it 2-1 and advanced to the Semi-Finals. 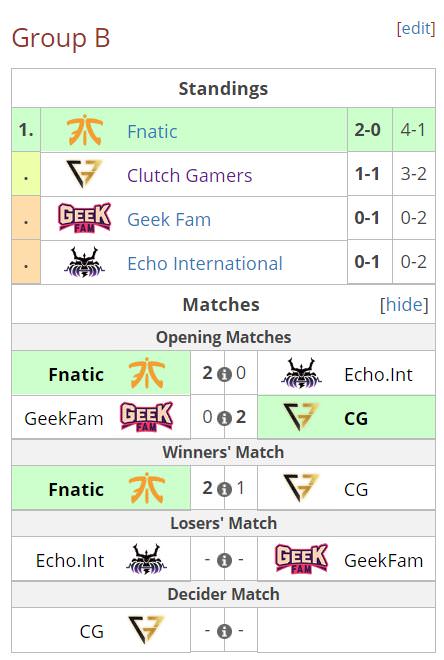 Today will see the conclusion of the Group Stages with the loser’s match and the decider’s match being played out. By the end of all the matches today, the playoff bracket will be fully decided. TNC Predator and Fnatic will have a couple of days of rest thanks to their performances in the group stage.