TNC make it to the Playoffs

9th, Dec, 2017
TNC Pro Team has done it; they manage to secure their first Qualifying Points of the Dota 2 Pro Circuit 2017-2018 by making it to the top 4 of the MDL Macau Minor 2017. They become the 2nd SEA team after Mineski to gather points for this season.

Although they failed to keep their winning streak rolling, they had several profound showings against some of the best Dota teams in the world including OG, Virtus Pro, and LFY.

With not much more to say, I present the recap of the 2nd day of TNC Pro Team’s run in the MDL Macau Minor 2017. 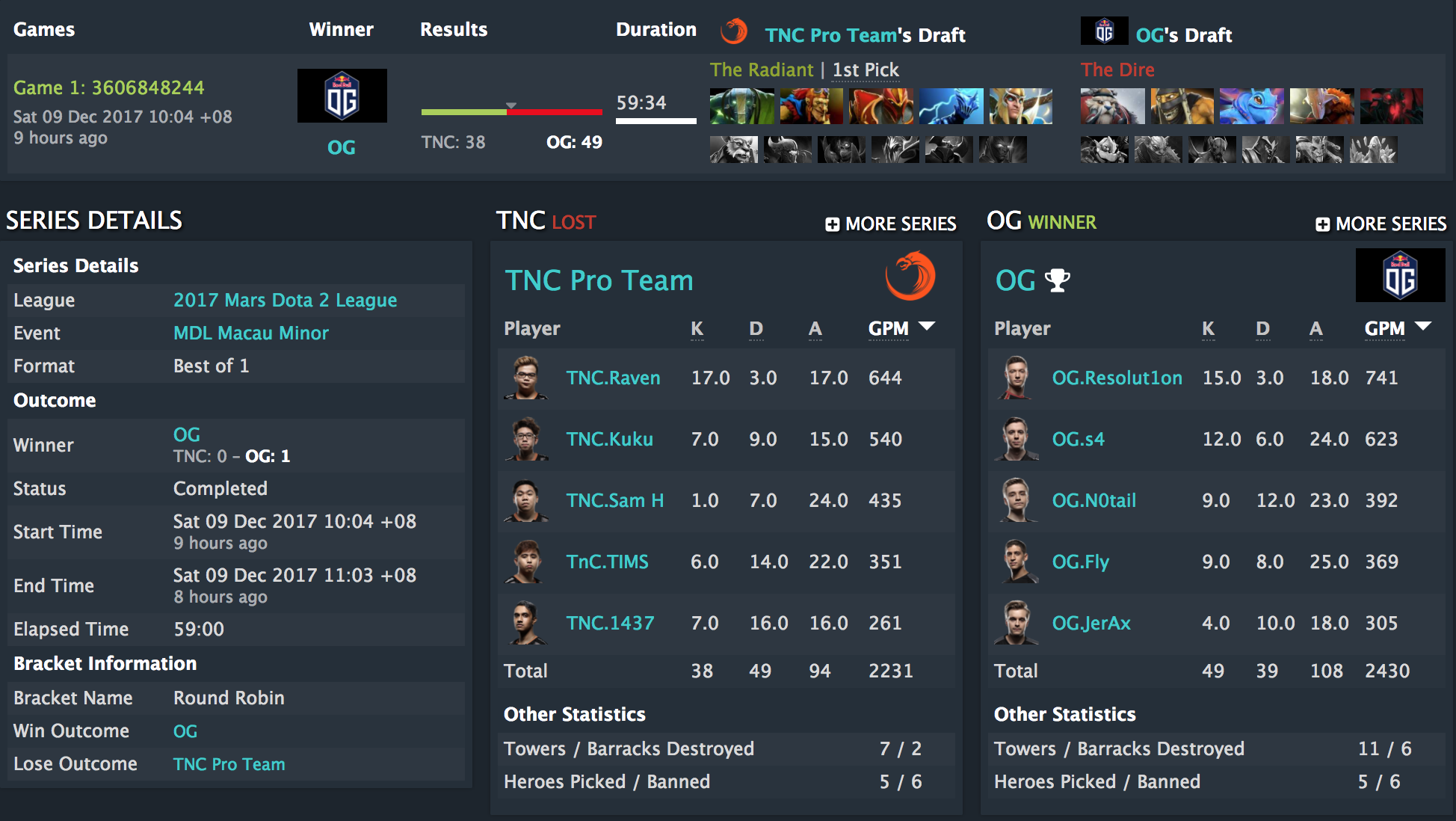 TNC Pro Team vs OG has always produced cracking matches; be it their miraculous upset at TI6 or OG getting their revenge at TI7, their matches are always high-quality affairs with some excellent Dota showcased. This one was no different.

Roman "Resolut1on" Fominok had a spectacular game on his Shadow Fiend as OG played aggressively securing multiple kills to take down objectives in the early game. They took a strong lead over TNC Pro Team thanks to them winning two out of the three lanes. After a Roshan take, OG increased their pressure applied to TNC Pro Team, but still struggled to crack open the base 30 minutes into the game.

TNC Pro Team made their way into the game thanks to Marc Polo Luis "Raven" Fausto's Dragon Knight who managed to keep up with OG’s cores in networth despite being shut down heavily in the early stages of the game.

However, OG managed to teamwipe the entirety of the TNC squad and they used that window to take down all three lanes of barracks and megacreep the TNC side. Even though TNC Pro Team stalled OG for a while (it involved a Rapier on the Dragon Knight). OG managed to close out the game with TNC unable to handle Tal "Fly" Aizik’s Shadow Shaman’s wards and chain control in the late game with their dwindling BKB durations. 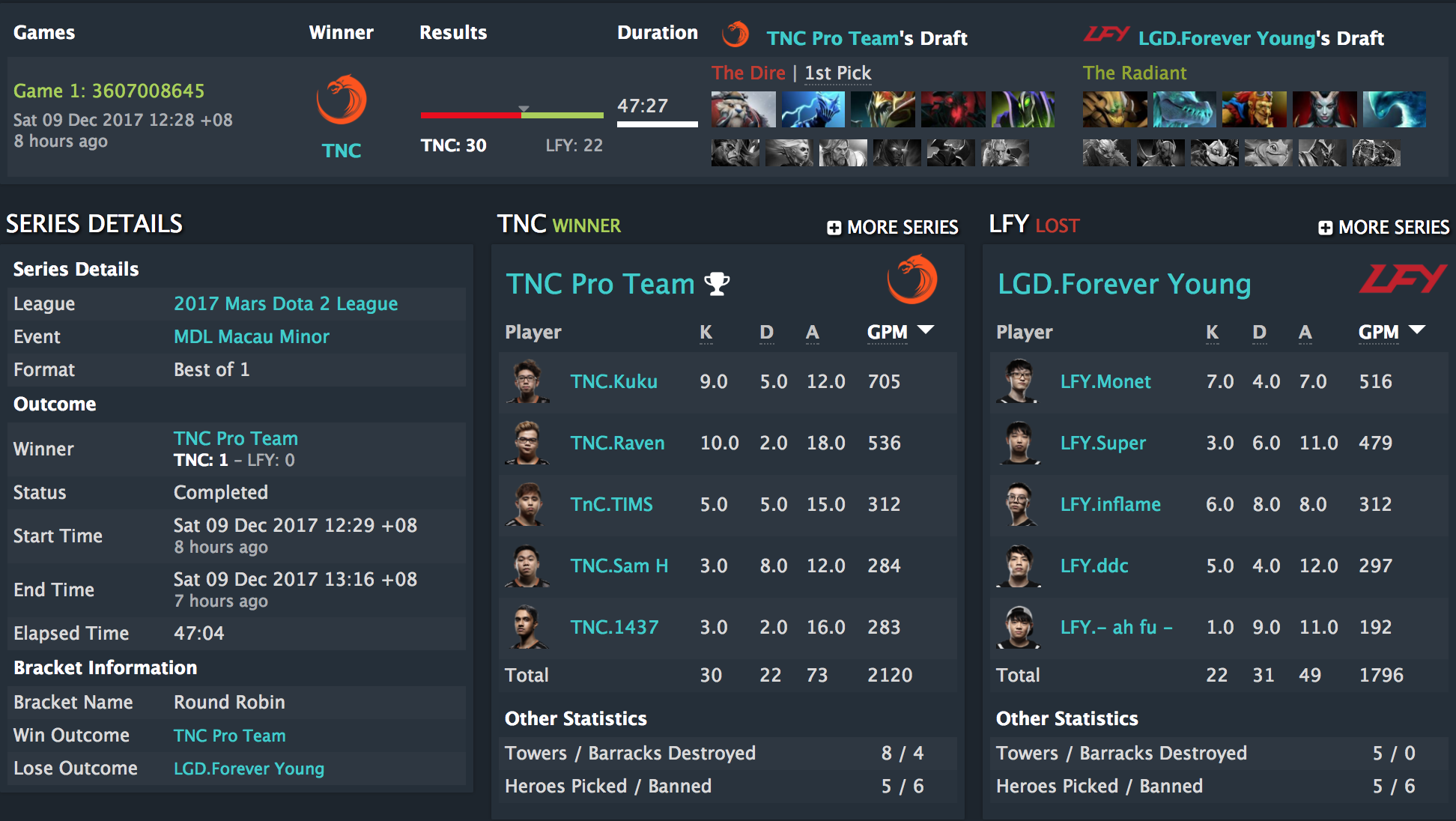 You might be forgiven for thinking that a party was held in the mid lane, as both teams focused their early game attention there, with 6 heroes camping the midlane resulting in multiple kills for both teams over many fights. However, Xie "Super" Junhao’s Queen of Pain suffered as he was forced to ferry regen items multiple times crippling his net worth.

And it resulted in his play suffering a little bit. He whiffed multiple Sonic Waves which resulted in TNC Pro Team gaining a significant advantage in the Mid Game phase. The game became extremely chaotic if it was not already before, and the teams traded kills and objectives. TNC Pro Team eventually took a long and hectic game to secure the victory. 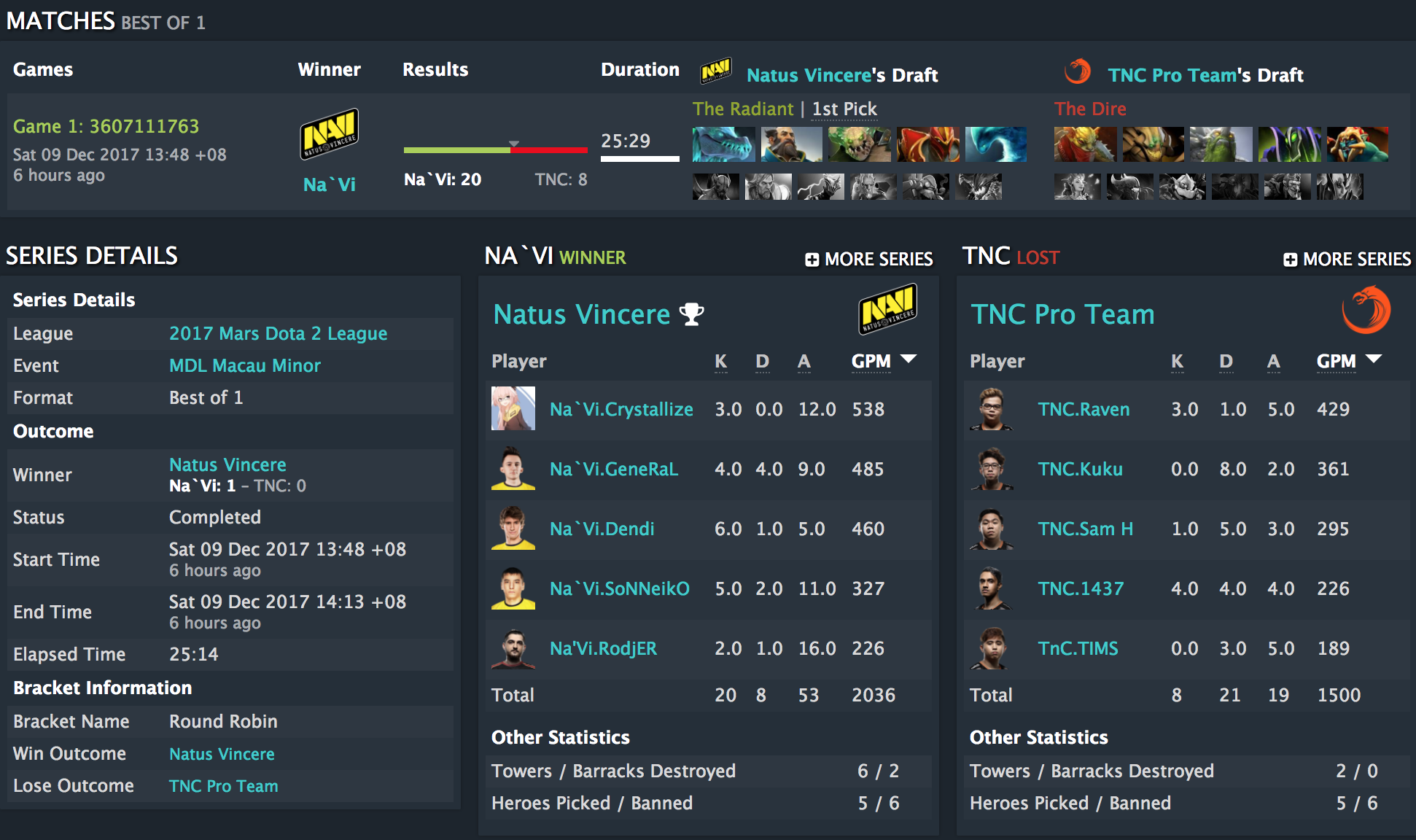 This Game was a complete outdraft by Navi, as they countered TNC’s cheeky Huskar pick with the ever so solid Winter Wyvern. Carlo "Kuku" Palad's Huskar got bullied by the Navi supports no matter what lane he switched to.

Even Raven’s farmed Tiny couldn’t manage to make space for Kuku to get decent levels and Items. The game ended in a Navi victory in under 25 minutes, with the win hardly ever in doubt thanks to the massive mid-game net worth advantage as well as the kill difference. 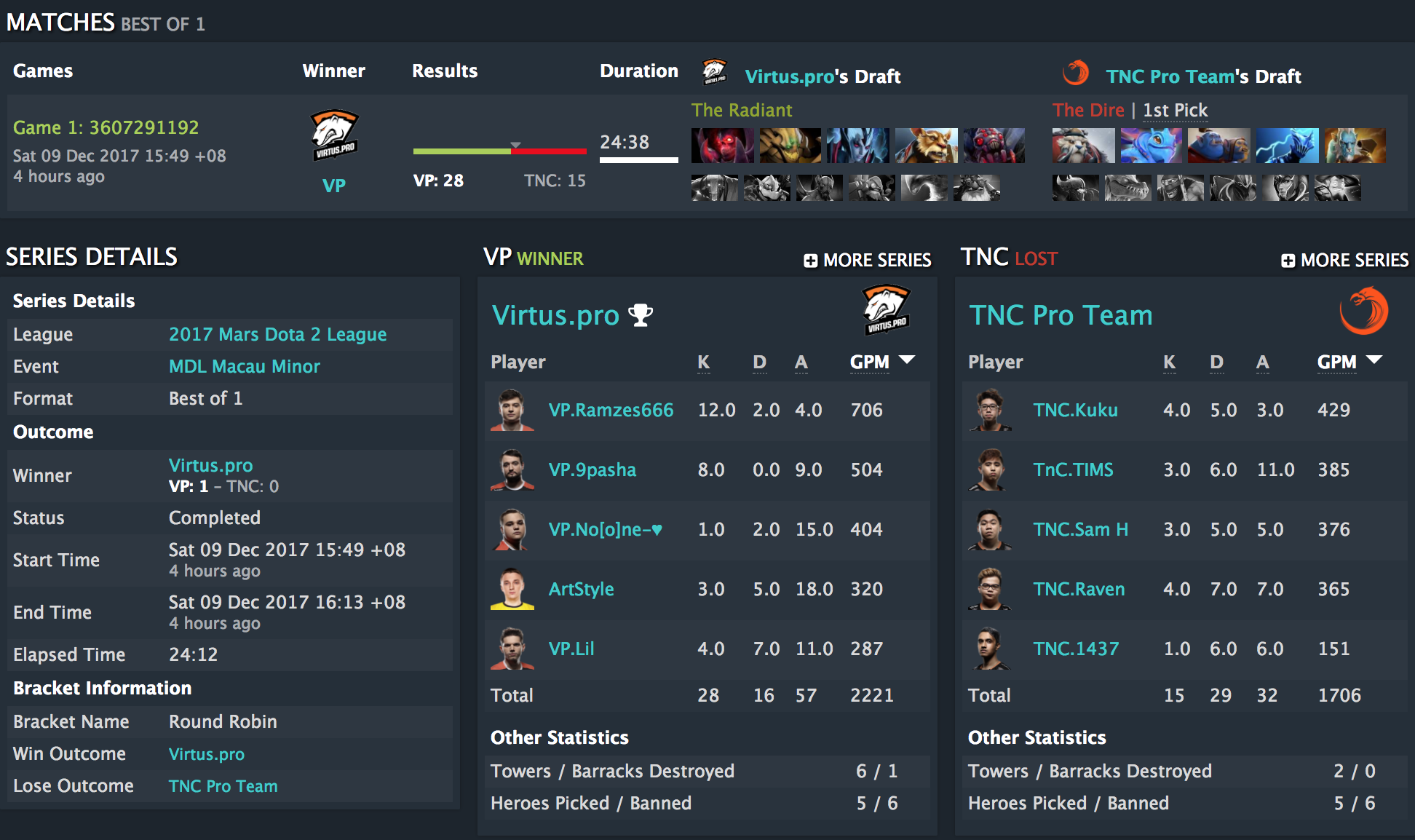 The fourth game of the day for TNC was not a matter of getting outplayed, but it was yet another outdraft. TNC Pro Teams's picks of Razor, Phantom Lancer, and Tusk were comfort picks, but they just could not get they snowball going.

Roman "RAMZES666" Kushnarev completely took over the Mid lane shutting down Kuku's Phantom Lancer and patiently farmed up his core items and waited on TNC Pro Team's over-aggression to compensate for their lackluster laning. They punished them team-wiping TNC Pro Team reiteratively and closed out the game. 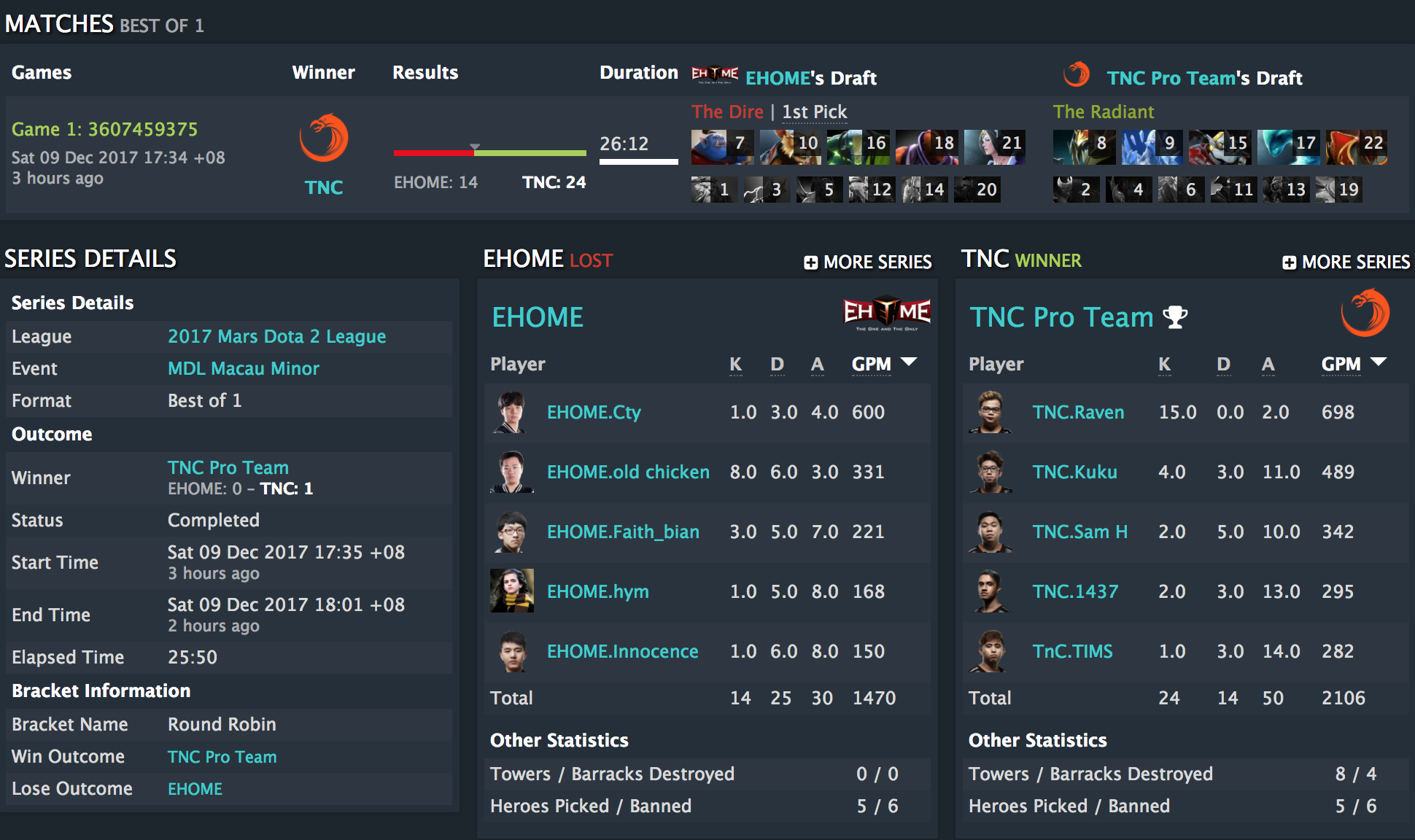 This was a must-win game for TNC Pro team in order to avoid Playoffs. To almost no one's surprise, it was the two cores, Marc "Raven" Fausto and Carlo "Kuku" Palad who stepped up when it mattered the most. Raven’s Morphling play was completely mind-boggling, what with the way he made early rotations, securing kills whilst also keeping up with the enemy cores in the net-worth department. Not even Chen "Cty" Tianyu’s incredible start with the Anti Mage could keep up with Raven.

Kuku too had a phenomenal game on his DK, with his blink finding multiple catches on enemy heroes which allowed TNC Pro Team to completely snowball into an early 26-minute victory.

With that TNC Pro team will move on to the playoffs where they will be joined by Natus Vincere, OG and Virtus Pro. 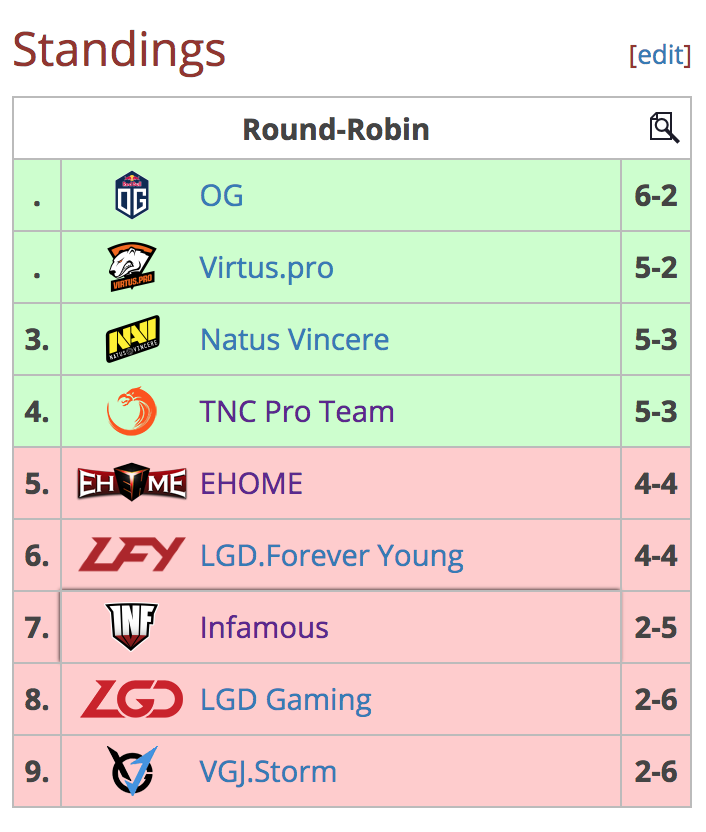 The schedule for tomorrow:


Can TNC Pro Team step it up and bring South East Asia it's second Minor Championship this Season? Find out next time on B T S!!
About UsContact UsServicesRSS
DisclaimerAdvertise With UsArchiveEditorial Team