8th, Dec, 2017
The first day of the MDL Macau Minor kicked off today and TNC Pro Team stand undefeated, a surprise to many for sure. Here is a short recap of how they managed to pull it off. 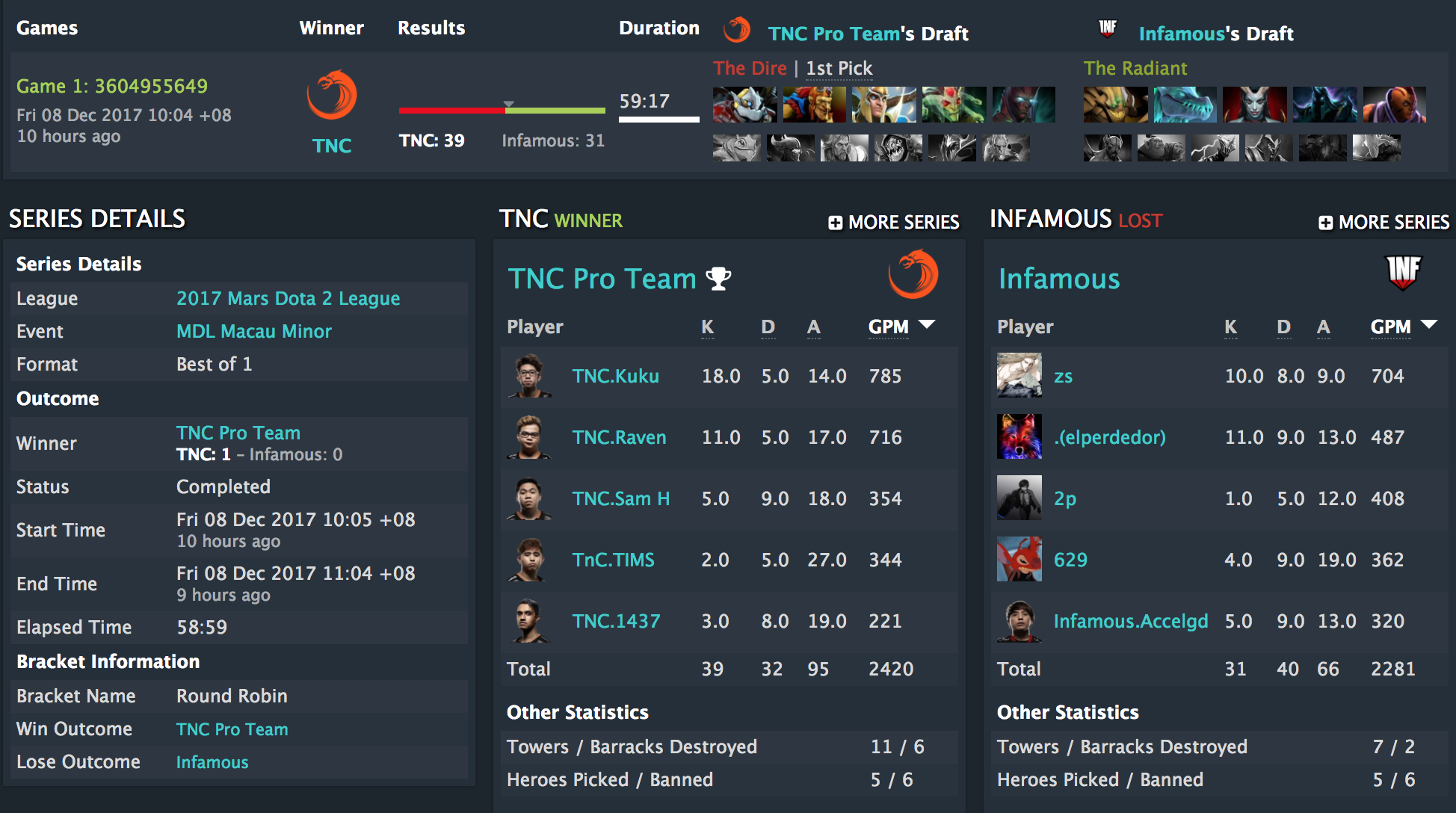 TNC Pro Team’s first series was up against South America’s strongest team, Infamous. They started off the match very well considering the incredibly late-game oriented draft that they picked. Both Kuku on his Medusa and Raven on his Terrorblade got their early game Mask of Madnesses up before the 12-minute mark. TNC mowed down towers in the midgame and were gearing up to push high ground.

A series of great plays from KtrHym’s Antimage got Infamous right back into the game.

But TNC Pro team held strong against the following high ground attempts from Infamous. Even though Infamous’s heroes got picked off ever so often, TNC wasn’t able to close out the game until a rushed Roshan from Infamous and an ensuing teamfight that happened, which led to Antimage dying-back and a TNC victory. 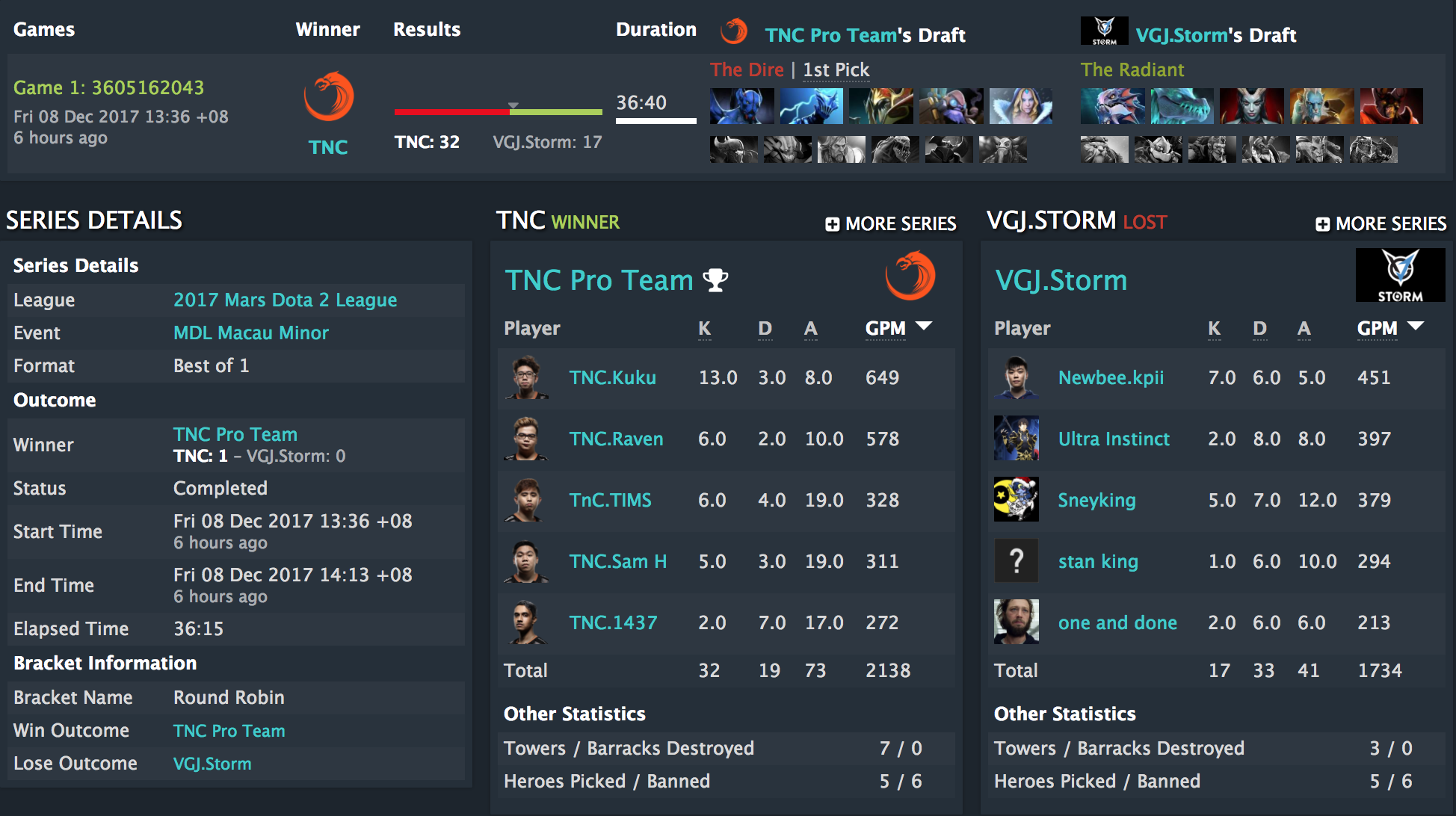 In their second match, TNC looked a lot more convincing: dominating and punishing any enemy mistakes. The complete objective control of TNC Pro Team caused VGJ.Storm to make mistakes over and over again.

While the entire team did well, but it was TNC’s Carlo "Kuku" Palad who put on a show, going 13/3/8 as a Tinker whilst tearing apart the opponents through some in-your-face aggression. TNC Pro Team closed down the game easily as VG.J Storm just didn’t have the farm nor the levels to compete against TNC’s farmed Razer and Tinker Duo Core lineup. 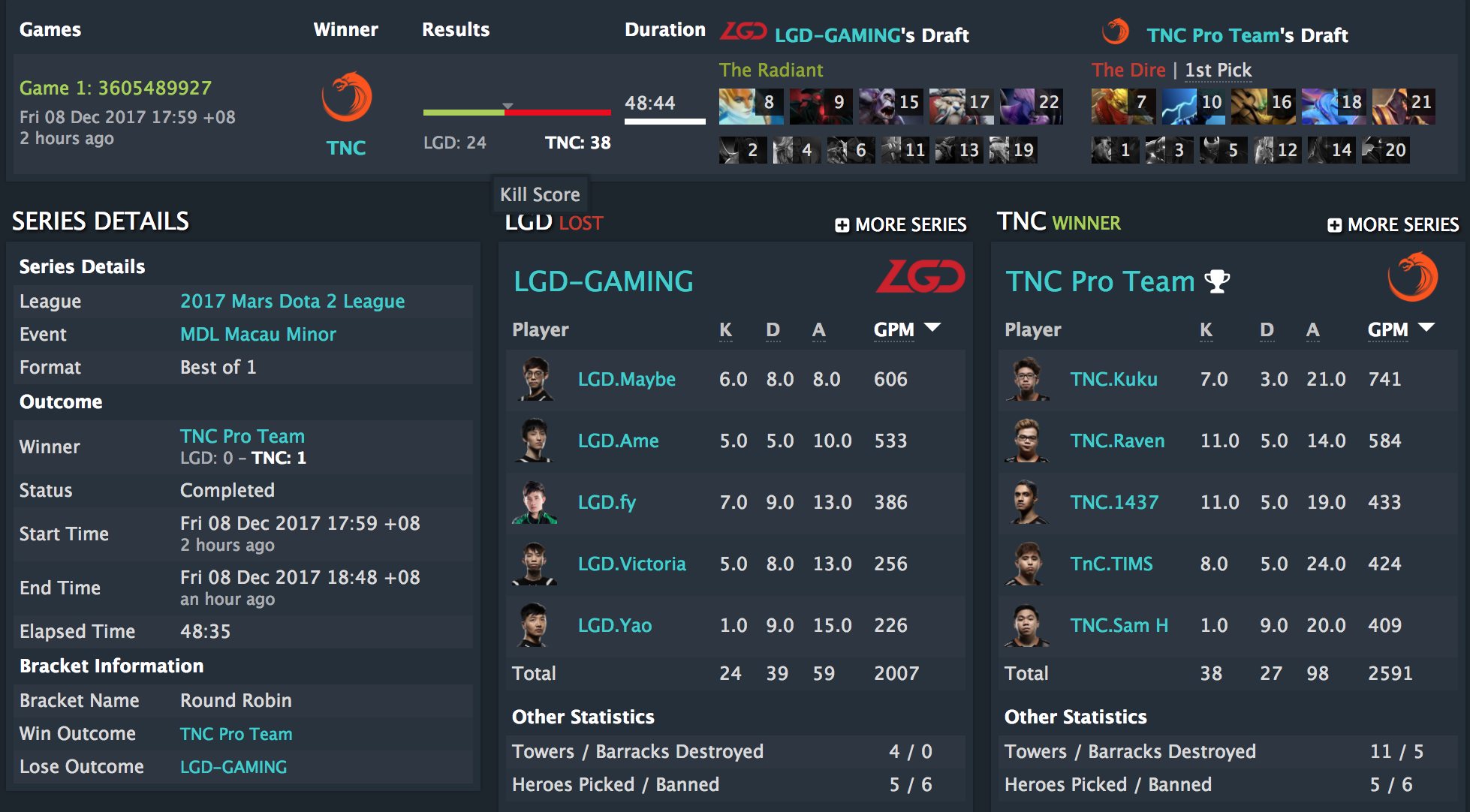 TNC Pro Team closed out the day in dominant fashion. Drafting an all AD team composition, Immortals looked to end game two before the late game hit. Trying to find a lead to snowball, Immortals played the early game quite aggressively securing 7 kills before the 6-minute mark

The two supports Theeban ‘1437’ Siva and Timothy John "Tims" Randrup had an amazing game, working together to be the main reason for TNC’s initial lead. 1437 raked up 14 stolen intelligence within the ten-minute mark on his support silencer. While Tims on his Bounty Hunter managed to snipe the courier thrice in the early game.

Raven too was very impressive on his Razer, managing to stay on top of the networth charts almost throughout the entirety of the game. The game was secured when TNC Pro Team managed to win a nearly 5-minute Roshan fight consisting of multiple buybacks and secured the Aegis and Cheese for themselves.

They managed to close out the game shortly after following multiple pickoffs on heroes without buybacks.

TNC Pro Team are now on top of the pile in the Group Stages, and barring a complete turn of fortunes, will probably make it to the playoffs and secure their first points in the Dota 2 Pro Circuit. 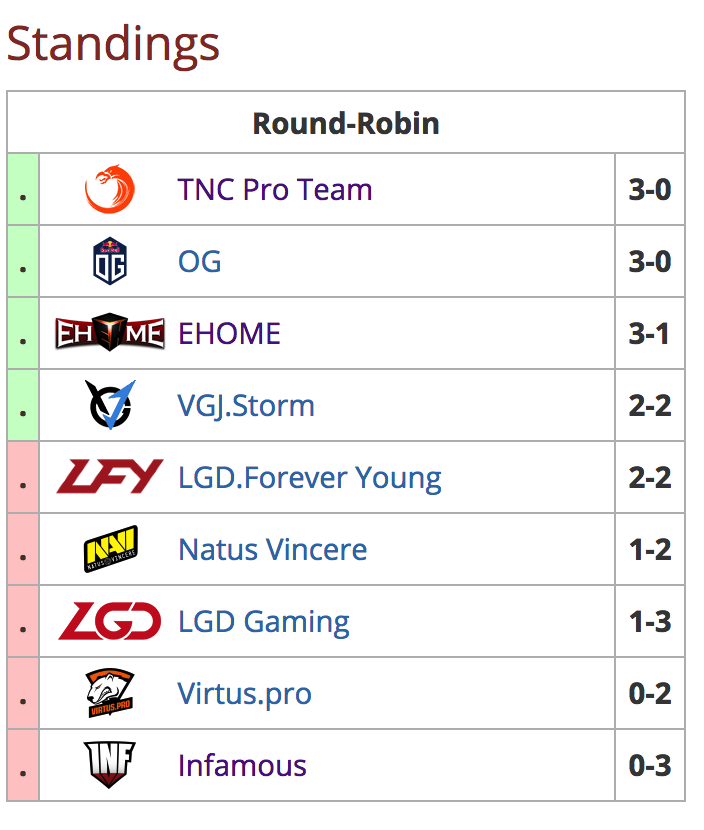 Their schedule for tomorrow: