The Chinese giants shook off their early struggles with an emphatic 2-0 over Winstrike to claim their first series win of the group stages. A Drow strat involving 4 more ranged heroes spelt destruction for Winstrike in game 1. Iceberg’s Lina won his lane initially but Maybe and the rest of LGD had tons of damage to take good fights in the mid game as they snowballed out of control to take a 33-minute win. Game 2 was an even bigger stomp as LGD won all 3 lanes and used their Huskar and Clinkz to find easy kills on Winstrike’s Zeus, Lich and Chen and forced out a quick 24 minute gg. One of the most unevenly matched games till now at TI8.


EG vs OG - Sumail Storm too hot to handle

Sumail showed off on his Storm Spirit, a hero that has been his claim to fame since his infamous win with EG at DAC in 2015. Game 1 was a comfortable win as both Arteezy and s4 won their lanes, allowing Sumail the safety cushion he needed. In game 2, Topson’s MK got an early first blood near the Bounty rune which enabled him to buy a Orb of Venom. As a result he dominated Sumail in mid, solo killing him twice in lane and even when he was farming the jungle as he got off to a flyer of a start. Unfortunately though, it was only him who had a great game as both Arteezy and s4 itemized well on their heroes to deal with the MK. Known for being able to come back on Storm, Sumail did just that as he maneuvered through teamfights in a near perfect manner, choosing targets and managing his mana pool allowing him to come back into the game. Meanwhile s4’s Enchantress just lay in on OG in engagements and they simply had no response. Ana was put on the safelane Centaur in both games and had minimal impact along with Ceb whose decision to rush BKB on Mirana was questionable at best. This was EG’s third series win in 4 sets and they are now favorites for an upper bracket start from Group A. 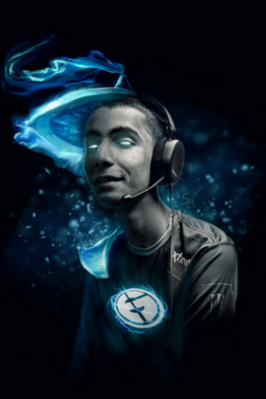 Surprisingly Invictus Gaming found an early lead in game one with picks and better macro play. But Team Liquid fought their way out of a massive deficit and had a chance to come back in the mid game when IG started to stall out, but with a couple of crucial teamfight wins in the late game, the Chinese team were able to close out the game.

Unfazed by their loss, Team Liquid came back with a very dominant game two win. Finding one pick after another, Team Liquid quickly accumulated a gold lead. With their lead, Team Liquid shutdown the Chinese opposition, slowly and methodically. and took game two with ease, tying up the series.


Known for playing long games, Fnatic played the longest game of the tournament against fellow SEA competitors Mineski. Fnatic managed to secure themselves a massive 27k lead by the 45 minute mark. But a massive overextension by Abed instigated a comeback for Mineski who fully capitalized and fought hard for an 81 minute victory.

Game two started with kills being traded from either side, though the game started to lean towards Fnatic come the midgame phase. The lack of initiation on the side of Mineski caused them to get picked apart by Fnatic and Abed. Fnatic used these pickoffs to take various objectives, and eventually win the game in 42 minutes.