TI8 Group Stages - Day 1: Wins for EG and Fnatic further their cause for Upper bracket slots

The last set of Day 1 featured Group A and had some high profile matchups like Mineski vs EG and PSG.LGD vs Liquid. Here's how things went down


PSG.LGD Vs Liquid - As even as it gets


The most anticipated matchup of the day was the showdown between second and third placed teams in the DPC, Liquid and PSG.LGD. PSG especially had had a very mediocre day with 2 draws while Liquid too endured one of TI’s heaviest defeats at the hands of Fnatic. In game 1, PSG had the right set of heroes to counter Liquid but still faltered multiple times leading to a longer game than necessary. In the end it was Chalice’s Enchantress who stepped up when needed, getting 3-4 kills in important teamfights as PSG picked up a labored victory over Liquid.

In game 2, PSG completely dropped the ball in the draft and picked up a Terrorblade and an Ursa against Matmbaman’s Broodmother. Though Maybe’s Tiny had a good start against the spider in midlane, eventually Matumbaman caught up and started solo killing PSG’s heroes with ease. With two high damage cores in Mirana and Brood and teamfight control in Mind_Control’s Brewmaster the LGD heroes either got bursted early or kited heavily as Liquid completely took over and forced a 26 minute gg.


Mineski vs EG - Mineski throw their lead in both games

Despite a good early game start in Game 1 for Mineski, EG was able to keep up in farm and keep the gold close going into the mid game. SumaiL on Alchemist managed to find a ton of farm, allowing EG to grow a massive gold lead, but a few fights won by Mineski somewhat halted the momentum and a Divine rapier purchase buy Mushi kept them in the game, going into the late game. But a great initiation by EG caused Mushi to drop the Rapier, winning EG the game.

Game two showed Mineski grabbing a large gold lead and looking like they were in control to even the series. Unfortunately for the SEA team, questionable item decisions caused them to lose their gold advantage in the later stages, resulting in a resurgence for EG. After a pretty even mid game, SumaiL on his signature Storm Spirit was able to find the right opportunities to instigate a late game win for EG, closing out the series 2-0.

VGJ.Thunder vs Fnatic - Fnatic on a roll

Fnatic took the lead early on in the first game, as the squad had control of the game and used that to take Roshan in order to extend their lead. When they went for their second Roshan, that’s where the game truly spiralled out of control for VGJ.Thunder. Fnatic used that Aegis + Cheese advantage to catapult into an insurmountable lead, never looking back until they took the game.

Fnatic played well in the early game again, and capitalized on the advantage and soon racked up the towers with their Drow, Visage lineup. DJ’s 11/1/11 performance on Windranger carried Fnatic to a game two victory and another series win for the team. 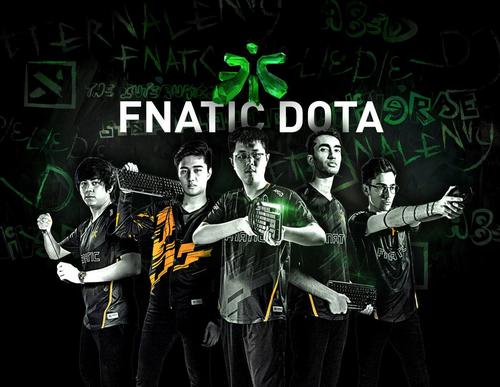 
Invictus Gaming completely dropped the ball in the last game of the day, succumbing to a 2-0 defeat at the hands of Winstrike. Winstrike’s carry player, Silent stepped up in both games to deny iG any points, finishing game 1 with a devastating 8/0/13 performance on Lycan. In game 2, iG’s Necrophos could barely get anything done and was rendered useless by Iceberg’s Invoker and Silent’s Drow and the TI winning chinese org looked shaky right from the start. Winstrike took 40 minutes to finish the game off but it was never really out of their hands. The loss relegates iG to the bottom position of Group A.

It’s been an action packed day of Dota but as the dust settles, NA teams seem to have had the best results despite a disappointing DPC season from all the teams. EG sit on the top of Group A while VGJ.Storm top Group B. Favorites like Liquid, VP and PSG.LGD have all suffered losses and it’s quite clear how little the margin is between the teams at TI8.