With three draws in group A from the first set, things looked open for teams to step up and take the lead but

EG missed a chance to top the group and go unbeaten as iG stood their ground to force a draw in the second set of games for Group A. A comedy of errors in game 1 saw Arteezy misclick and pick up a support Phoenix in game 1. The 4 time Major winning captain, Fly showed his prowess on the Clinkz finishing game 1 without a death as EG stomped all over iG’s draft. In game 2, iG struck back with a devastating Io + Gyrocopter combo that lay in on EG in terms of damage in the late game. Sumail’s Invoker tried his best in teamfights but Arteezy and s4 couldn’t have the impact they would have wanted getting kited by multiple stuns time and again.

Mineski vs Winstrike - A first win for SEA

Mineski became the first SEA team to win a series in the group stages, picking up a clean 2-0 over Winstrike. A triple melee core involving a Bloodseeker, Tiny and Wraith King just ran all over the CIS team with their low cooldowns allowing them to take constant pickoffs that eventually ended in a 30l gold worth advantage by the end. In game 2, Moon’s Storm Spirit styled on Winstrike with a dominating 12/1/11 performance in a 30 minute game. Some crucial points for Mineski who are now tied for top spot with EG and Liquid in group A.

LGD’s bad luck continues on day 1 as they drew another series, this time against fellow countrymen, VG.J Thunder. Ame had a disastrous game 1 on Ursa, starting from a bad laning phase to getting kited each time he jumped on Thunder. Maybe’s Leshrac didn’t have enough damage to hold back Sylar’s Terrorblade and Freeze’s Lina and Thunder took a relatively comfortable 45-minute victory. Game 2 looked incredibly one-sided as Yang’s Broodmother took control of the game. However, even with multiple Roshans they were unable to take high ground convincingly allowing enough time for Maybe’s Storm Spirit to come online and carry PSG to a win. Some costly mistakes from Thunder in closing out the game as PSG took full advantage to bring the series to a draw.

Liquid picked up their first series win after a devastating game 2 in the first series getting back to winning ways with a hard-fought win over OG. Game 1 was a 1-hour long slugfest where Liquid’s experience and composure allowed them to persevere as Miracle’s Invoker put his team on his back in teamfights and rallied them to a victory. In game 2, Kuroky took inspiration from Fly drafting a 4 core lineup with a Clinkz for himself. What was even more astonishing is the fact that the defending champions made the draft work like a charm a took a convincing win to close out the series. 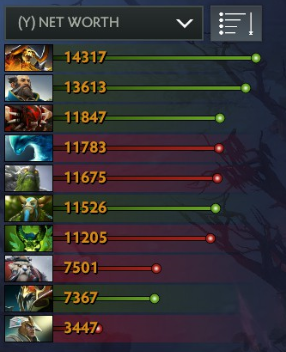 Liquid, EG and Mineski both have a win and a draw each and sit in the top 3 positions. It’s been a poor start for PSG.LGD who have held on for 2 draws after 2 series on day 1.