The road to the Winter Season Finale - The Grand Finals

Road to the Finals: ROG Titans 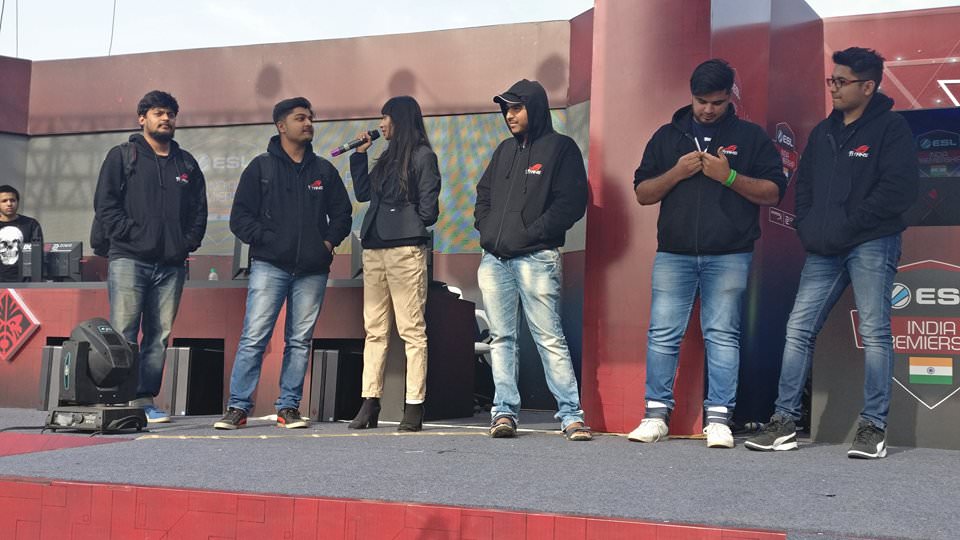 As ROG Titans picked up the offlane Tiny, Reckoning.Infinity chose to start off their game disrupting Sw1fty’s lane with an Ogre Magi and Kunkka harassing him before rotating around the other lanes a bit.

Reckoning.Infinity got the first blood on the Shadow Shaman at 4 minutes in, after using the Kunkka’s rotation to the Top lane. ROG Titans did not wait long for their reprisal, picking off the Outworld Devourer, Tidehunter, Kunkka and the Lone Druid in quick succession. They looked to be getting off to a strong start.

ROG Titans took the first big engagement at 11 minutes time at mid lane, killing off Outworld Devourer who was already crippled in the CS charts alongside his Tidehunter. The snowball was up and had started rolling. Sw1fty was making plays all over the map while Archmage was calmly farming up a storm on his Gyrocopter. They managed to clear out all outer towers and secured Rosh as they went into the penultimate fight.

Swifty managed to initiate a fight with a jump-in into an Orchid in Reckoning.Infinity’s midst, setting his team up for two easy kills while both the Ravage and Sanity’s Eclipse of Reckoning Infinity did little at all in the fight. ROG Titans claimed the mid-Melee Barracks, 29 minutes in with an overwhelming net-worth advantage of over 20k Gold.

ROG Titans went up the ramp at 33 minutes again on the Top lane, clearing off the Tier 3 Tower with little resistance and as Evil Ash brought out the Outworld Devourer with his Earth Spirit Aghs, they ended up smacking him, causing Reckoning.Infinity to call the 'GG' as they were down a few players and looking at losing their second lane of Barracks before the half-hour mark.

Rog Titans last picked a Puck for Sw1fty against Expelliarmus's Mirana. A35 got sent to the Safelane with his Batrider. Seeing the high kill potential in the bottom lane, Evil Ash and ZeddisbuGG made their way to an offensive Trilane alongside Archmage.

However, the second game in this series was all about Archmage’s rotations on the Lifestealer. After finding first blood in the offensive tri-lane, Archmage used his gold lead to gain advantages for the rest of his team, finding kills all around the map. By 13 minutes, ROG Titans were 9-3. Despite Reckoning.Infinity finding a couple of kills during early skirmishes, ROG Titans had over a 10000 gold lead by 20 minutes.

At 28 minutes, after a bit of dead-time on the map, ROG Titans tried to go for the Roshan. ROG Titans, now with the Aegis, played aggressively looking for a teamfight and found one. Reckoning.Infinity lost the following team-fight, dropping three members and their middle Barracks. From this point, RoG Titans closed out the series, ending game two at 43 minutes to secure their spot in the Grand Finals.


Road to the Finals: Signify 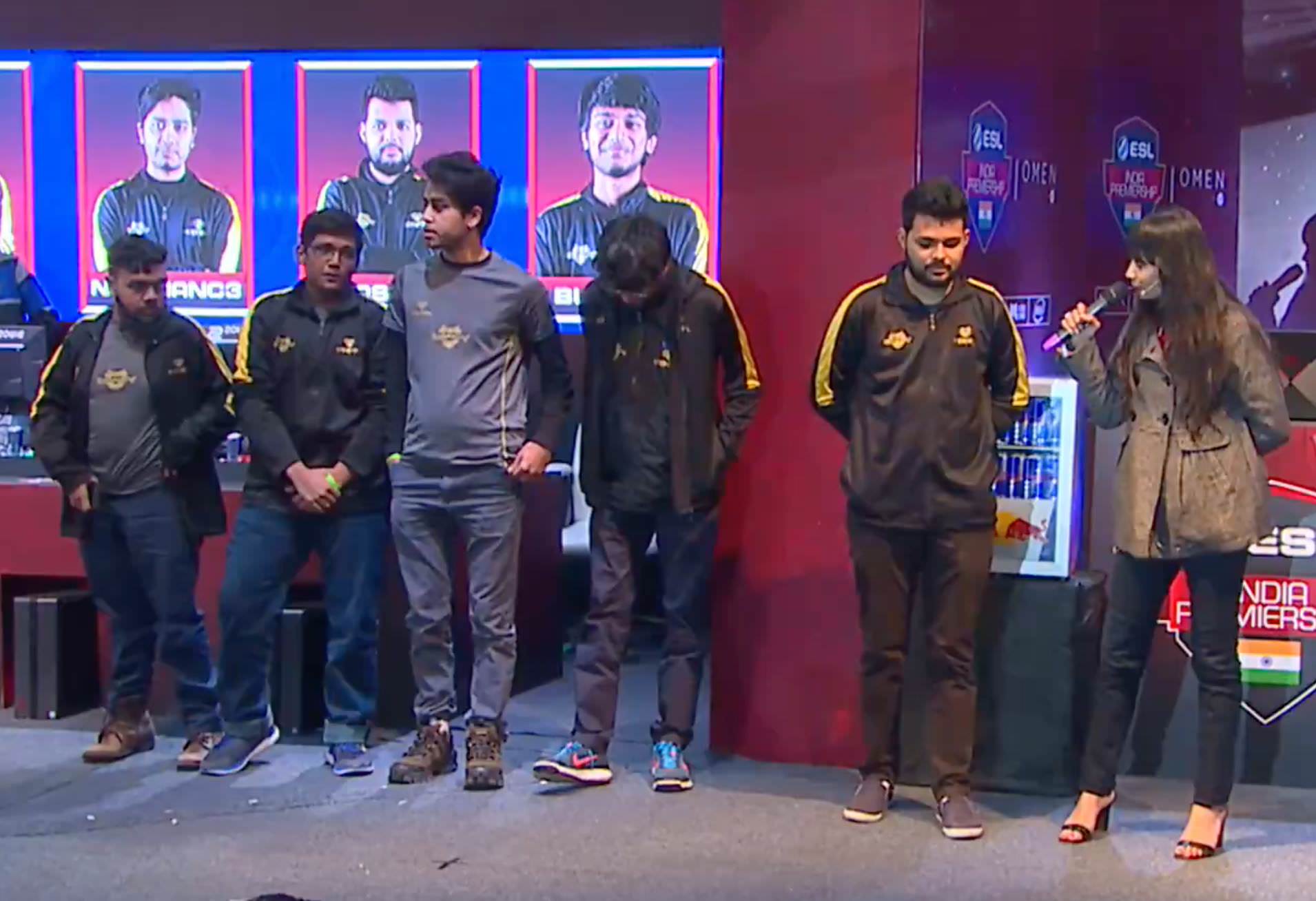 Although Akatsuki kicked off game one with a promising start, claiming an early team fight victory, the game continued with a series of back and forth team fights. The bigger problem was that Signify was playing almost 4 v 5 with Blizzard just farming on his Medusa.

All Signify had to do was to delay the game and subsequently gain momentum by punishing Akatsuki for even the smallest misplay and pushing out lanes.

And it worked, As we entered the latter stages of the game, Signify’s superior team fighting composition as well as the sheer networth on the Medusa put pressure on Akatsuki to close out the game. This caused Akatsuki to make so rash decisions which lead them to lost multiple heroes in teamfights causing Signify to secure complete control of the Map which resulted in a number of team fights ending in their favour.

Signify took this lead and eventually penetrated the defense of Akatsuki to take the game.

Signify had an amazing start to game one. Getting two quick kills on Madara in the first few minutes of the game, Crowley and BlizzarD looked to be in full control of the game. But over the next 10 minutes, Akatsuki managed to keep up with Signify, staying even in team-fights across the map.

But once the mid-game rolled in, Crowley started to go crazy on his safelane Mirana. Finding kills across the map, BlizzarD was also on fire. Unfortunately for Team Akatsuki, the team couldn’t secure a single teamfight past the 15-minute mark. Signify’s being one of the more aggressive teams constantly found teamfights and objectives.

After finding a pickoff near Akatsuki’s base at 21 minutes. Instead of letting them leave, Akatsuki tried to chase the retreating Signify. Signify turned on the chasing Akatsuki, killing four. Signify was able to grab the mid Barracks which resulted in Akatsuki tapping out

After a season-spanning nearly two months, we’ve come down to two final teams. The playoffs had really good games but Signify and ROG Titans never really looked like they were going to drop points. Today, the best-of-three series between the two best teams in India, Signify and ROG Titans will take place to determine the champions of the Winter Season Finale.

This is set to be an extremely entertaining matchup between two of the best teams in the subcontinent. We are in for a treat.


Road to the Finals: 2ez Gaming 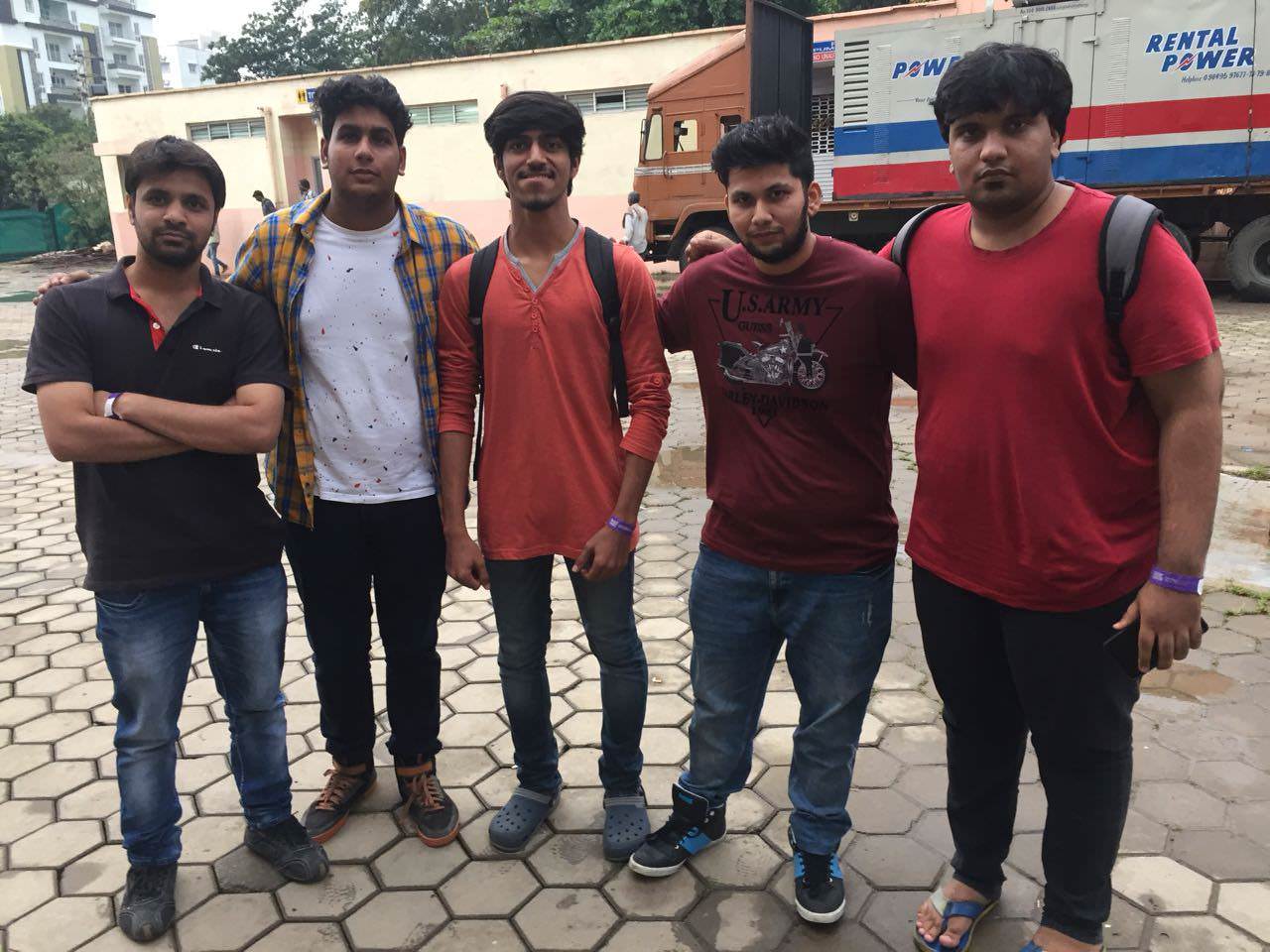 2ez did their homework right for this one. They picked this map as they knew it is one of the weakest maps of JMD Gaming. JMD got shut down in each and every aspect as their defenses failed owing to silly mistakes and not trade fragging enough. 2ez Gaming started out on the Terrorist side and destroyed JMD’s momentum pretty early in the game when they won an eco-round against a fully bought-up CT side. Antidote pushed A long from WC all by himself and was jumped on by the entire 2ez squad, who managed to steal his AWP and win themselves the round. This gave them the momentum they needed to add some more rounds in the bag.

JMD made several mistakes on this map and 2ez punished them for it. One of those mistakes was over-aggression. Now, there is nothing wrong with over-aggression unless you are able to get map control out of it. Deathmaker and ProuD were pushing regularly and were able to get kills too, but were unable to maintain control over crucial map areas and choke points, such as connector; leaving 2ez plenty of room to roam around and outflank them. 2ez did what 2ez does best, they stuck to the basics of Counter-Strike and traded their kills well, something which a lot of other teams struggle to do. The first half ended with a score of 10-5 in 2ez’s favour. T1t0 did an amazing job of lurking and flanking JMD.

On the Terrorist side, JMD Gaming roamed around like headless chickens as all of their attempted strategies failed and they ended up rushing B again and again. 2ez sealed the deal at 16-5.

Intense and close game on Cobblestone

The next map was Cobblestone, one of the strongest maps of JMD Gaming. 2ez Gaming stared out on T side. In previous matches, 2ez had lost to JMD on cobblestone, so this map would have been JMD’s salvation. 2ez executed their strategies pretty well, using utility grenades to the best of their advantage. JMD made some mistakes while holding the drop area, which allowed ShinChan to sneak past their defenses and get a few picks without JMD having any clue of his position. Another instance was how effectively 2ez pushed A site and traded frags really well to get to the site. The first half ended 8-7 in 2ez’s favour.

The second half was back and forth, both teams managed to wreck each other’s economy pretty good. Hence, we saw several quasi-buys from both the teams. Maintaining control over the Drop zone in Cobblestone is the secret recipe to victory. 2ez managed to do that pretty well. Rexy did a great job of baiting and killing JMD players as they fell to their deaths at the Drop zone. While the Kolkata-based team was able to get a few rounds in the bag with their B pushes (which they got lucky on), they were not able to outflank or outsmart their opponents as well as 2ez did in the first half. When the game was tied at 14-14, t1to and Rexy went ham and stopped a hail-mary rush from JMD at B site. Even at the verge of being knocked out with 2ez on match point, JMD did nothing but rush B again. The lack of variety in their executes resulted in their early demise. 2ez ended the map at 16-14.


Road to the Finals: Entity Gaming 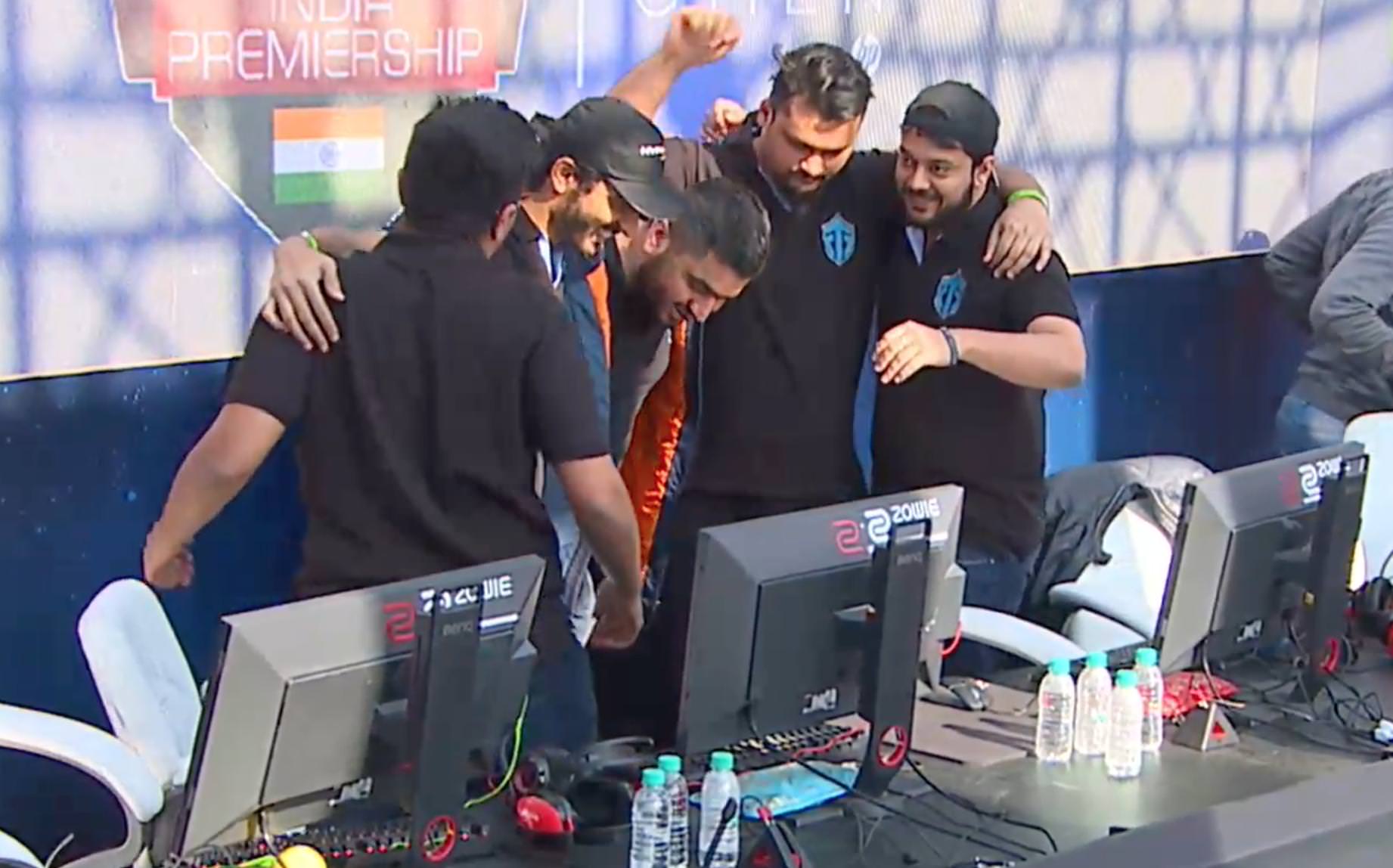 The first map was Cache. Entity moonwalked to victory effortlessly, as if they were playing some PUG while Phoenix struggled to get a grip on the game. When on the Terrorist side, Entity went for solid map control. They did not even do anything special, they just played default. Entity players went their own ways on the map, trying to get picks and information. They were able to establish mid control pretty easily on most of the rounds; while also keeping Phoenix guessing their next move as there was always someone either A main / squeaky area and B toxic, holding angles and trying to get info. They were able to keep Phoenix on their feet. Phoenix too, were unable to do much as they held sites and played a very passive game, afraid to push out or try anything new. On the rounds where Entity were unable to get mid control, they went for solid B site executes. Molotovs came flooding in to the checkers area, pushing all Phoenix defenders out of their positions and straight into Entity crosshairs. In the words of the game analyst Ranjit ‘mambasr’ Patel – “Entity showed us what The-floor-is-lava literally looks like”. Perfect smokes in choke points like CT entrance and Heaven made sure the rotates were cut off and the round was theirs.
The only time that Phoenix did score a round was when they experimented and went aggressive for picks. The other time was when Entity took B site pretty well but failed to get into good after-plant positions.  Entity dominated Phoenix 16-4 on Cache.

The next map to be played was Inferno. On this one too, Phoenix roamed around like headless chickens as Entity went all over the map. Phoenix played pretty passive from site; which is really not the best way to play inferno as it allowed Entity to get map control and get in positions where they could easily cut off Phoenix rotates. Marzil being classic Marzil, got into arches from mid and outflanked Phoenix members. Psy and HellrangeR went huge on entry frags on the T side.

On the CT side, Amaterasu one-tapped Phoenix players as they rushed into B site; and he did this every round they thought of going B. To sum it all up, Phoenix was no match for Entity. Kudos to them for making it this far.

Today, 2ez Gaming and Entity Gaming face each other in the grand final! 2ez Gaming are great at what they do, best a trade-fragging and they have the basics of Counter-Strike better than any other team. Entity on the other hand is full of talented young blood who aren’t afraid to experiment and try new things. HellrangeR finally has himself surrounded with like-minded players who all bring a unique set of skills to the table. 2ez lost the grand-finale of the Fall Season to Entity (though Entity had a different lineup at that time) and they are seeking revenge. This is going to be a clash of the titans. Who will prevail? Find out on ESL India Premiership Winter Season Grand Finale tomorrow!