24 Hours after The International 2019 Battle Pass released, the Dota 2 community has rallied together and broken yet another record, bulking to a record $7,419,288 prizepool in just 24 Hours.

The First 24 Hours — TI9 has had the biggest opening day in TI history dwarfing the already massive peak of TI8 by over $1.7 Million USD. Even the boost margin compared to any two consecutive TI's has been more than doubled. Currently TI9 is 30% ahead of TI8 at same stage #TI9 pic.twitter.com/lshmCPBYz1


At the time of writing, the International 9’s prizepool currently sits at $8,154,896. If it continues on the same trajectory, it is well on its way to becoming the biggest esports tournament in history. 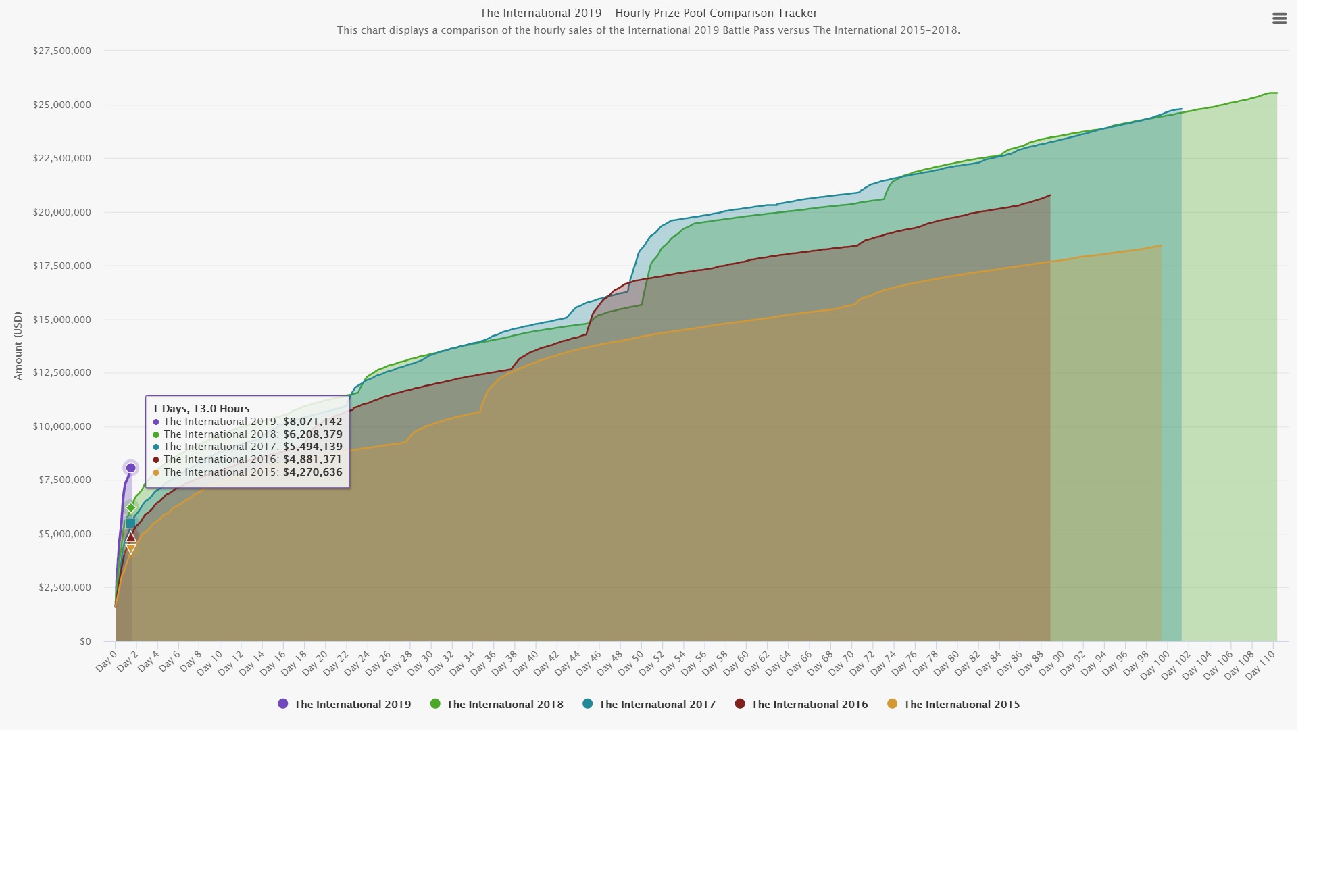 With over 105 days left until the International 2019 Battle Pass expires, and the fact that TI9 is taking place in China this year, it’s very likely that this will become the most lucrative esports tournament in history.