21o, May, 2018
For the fifth time in its history, The International will have a prize pool greater than ten million dollars.

Within twelve days of the release of the International Battle Pass, the Dota 2 community has once more crossed the seven-digit threshold. This is the fastest that the community has hit the ten million mark from the five times it has reached such a goal. The previous record was set last year for TI7 at 15 days. 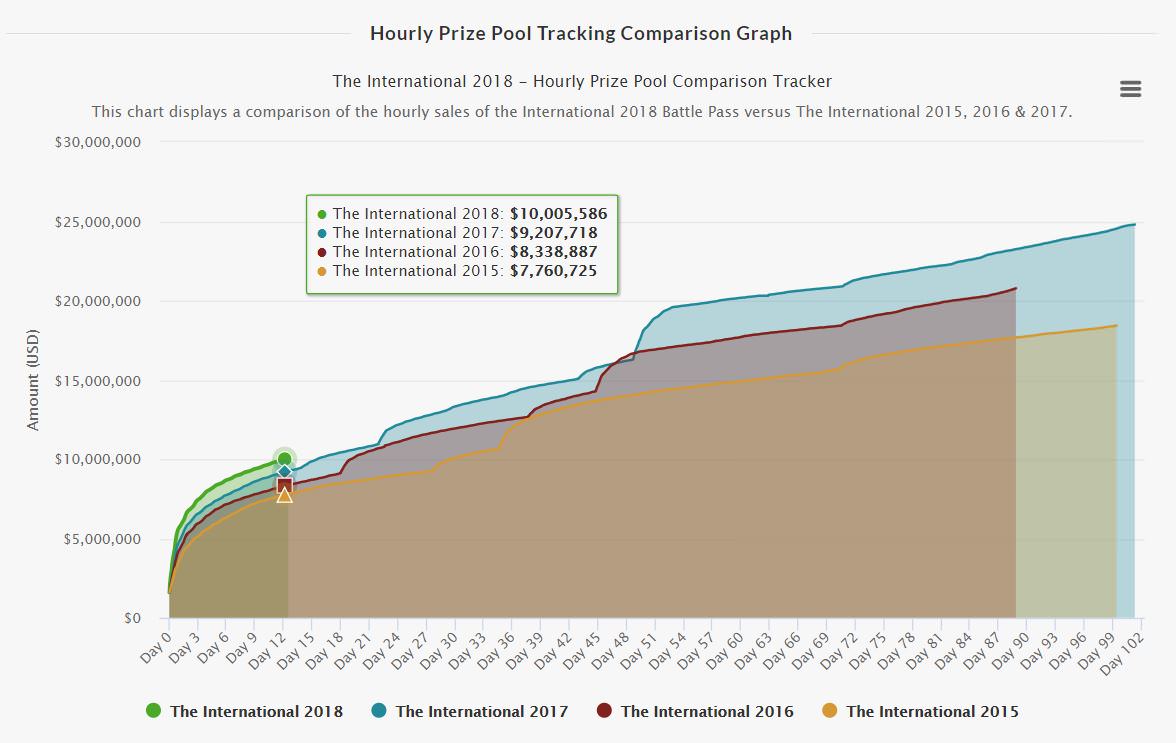 Pictured above is the current pace of this year’s TI prize pool compared to the three previous Internationals. One can see that the TI8 prize pool is already on track to break the overall record set by last year’s International; the only question is by how much. Each Battle Pass or Compendium has had special events or cosmetics that cause small jumps in the pace of growth, and Valve has done weekend deals in the past that would allow players to boost their Compendium levels and the prize pool. If any of these events or deals are planned in the future, then we will also see similar jumps in growth before the beginning of the tournament.

A possible explanation for the question of how we got here so quickly is that the player base has had the chance to spend much money over the course of this season, unlike previous ones where we spent them on the Winter Battle Pass and the like. Which means that they are that much quicker to spend more on the single Battle Pass we get every year.