The ESL Pro League Season 9 - Chinese Group Stage came to an end yesterday with Tyloo and MVP PK moving forward into the competition. Both the teams achieved the feat by defeating their opponents ViCi and 5Power by a clean ‘2-0’ sweep. 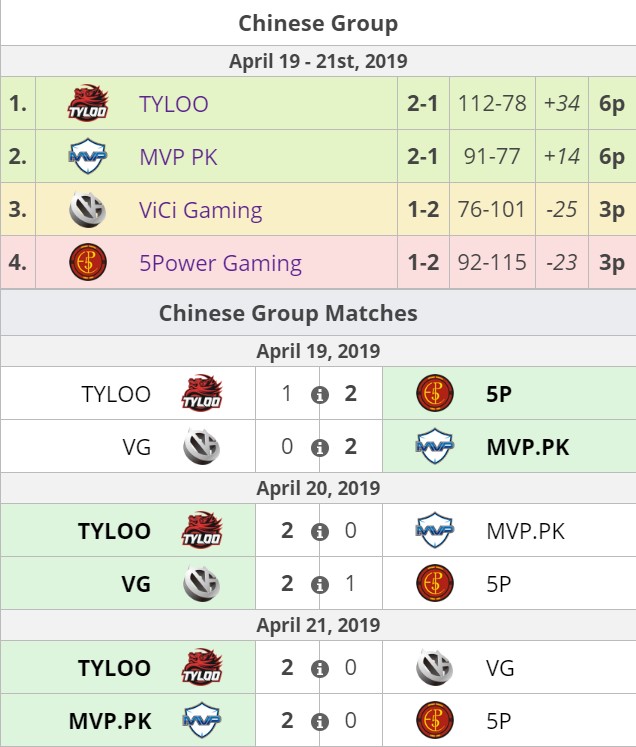 ViCi Gaming surprisingly picked Dust 2 as the first map for the showdown. And this decision will definitely haunt them for some time to come. Tyloo stomped them hard sweeping 16 rounds in their favour within only 17 rounds. ViCi saved themselves from heavy embarrassment by somehow managing to win the 10th round.

The next map witnessed Tyloo start T-sided on Mirage. Once again ViCi were not able to gain an advantage playing CT which cost them the match as Tyloo were formidable in the second half, breezing onto the next Group Stage.

MVP PK also had a quiet day, taking down 5Power in back-to-back matches on Dust 2 and Train by a score of ‘16-7’. 5Power tried but were simply outplayed by the Korean squad who were, as usual, aggressive and simply out-duelled their opponents roughly 80% of the time. 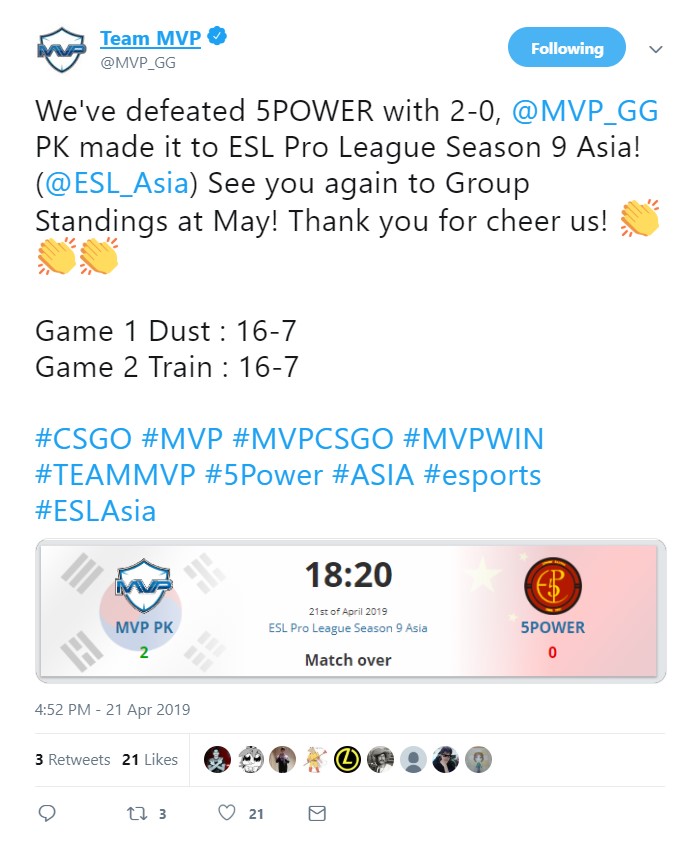 Everyone from MVP PK was in top form achieving an overall rating of above 1.0 according to HLTV. The team looks really confident and have been performing consistently well.

On the other hand, Tyloo has put up a daunting performance as well, thrashing their closest competitors in Asia by a huge difference in score. BnTeT and somebody played their hearts out, both seemed to be pumped up for the game and put up a great performance.

With this, the tied scores at the end of day two have changed with Tyloo and MVP PK moving ahead onto the next Group Stage as ViCi and 5Power are left to think on their shortcomings. More action is still left to come your way with the addition of the Relegation Stage, so stay tuned.