28th, Sep, 2016
On Sunday, the 25th of September 2016, Kingdom of Dreams opened its doors to welcome fans, enthusiasts and evangelists of esports to witness an Indian gaming event unlike any other. The  Dew Arena was brought to us by the good folks over at Mountain Dew ( a product line of PepsiCo) and it’s the first time such a reputed brand has been so actively involved in esports. Numerous esports events in the past have been well sponsored or funded however none have received a response as glamorous as the Dew Arena 2016. As per an 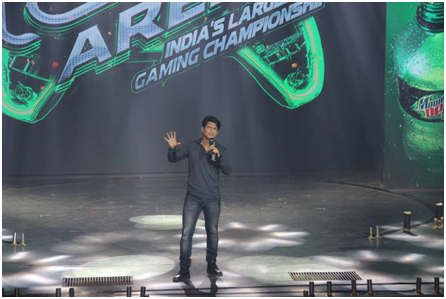 announcement by Mr. Rajiv Makhni at the opening ceremony, approximately 75,000 gamers registered for the event!The tournament started off as a nationwide phenomenon with online qualifiers allowing for people across the length and breadth of the country to participate which then culminated down to a grand final in the Kingdom of Dreams. Indian esports now has a new benchmark when it comes to hosting LAN events. Couple that with a prize pool of 10 lakh and a once in a lifetime opportunity to be featured on the new variant of Mountain Dew, Game Fuel this event was branded purely as an esports event meant for casual as well competitive gamers.

Dota 2
4 teams qualified for Dota 2 including perennial favorites Invisible Wings and Beyond Infinity and this was their last outing as separate entities.(No pun intended) After outclassing opponents, Aggressive 5 and Roar Esports, both teams moved on to the bo3 Grand Finals where Invisible Wings clinched 2-1 it in a very thrilling series with the last game going 74 minutes. This is IW’s second consecutive LAN win over BI and their last one as well, as both teams have now merged. Also playing his last competitive dota game was Bari “Zedisbugg” Naser Anwar, who has chosen to hang up his boots or rather in this case his keyboard. 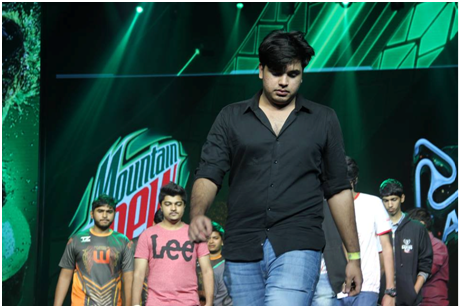 It feels good going out as champions, I pretty much feel we tried equally hard for the events 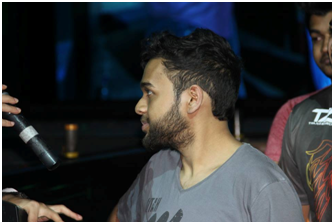 we lost too, most notably ESL challenger and Flipkart, I personally think we didn't deserve those two finals and the losses kinda triggered few of us, We took off from each other and met directly at TE, we were without practice but everyone had the feeling of going out with a win, which would later on apply to dew as well. This was probably the closest thing to competition we've had all these years in India and beating them by just relying on solo skill wasn't enough, they played really good as a team. It will be missed. Personally my mentality wasn't affected one bit, I had a really strong feeling that we're gonna win after losing in winner bracket. It'sclassic Indian history the team who loses to the other one before the finals ends up winning. – Raunak “Crowley” Sen talks about his teams recent woes, resurgence and the end of a great rivalry.

In Counter Strike Global Offensive, the 2 old guards of the scene Invisible Wings and Brutality went head to head after beating out competition from the newer generation of teams like MxB/Dare 2 Dream and ESWC India representatives, Team Overcome. As usual, it was a tense affair with both teams winning their map choices. In the final map Nuke, IW looked more well versed and better prepared as they walked away the champions of Dew Arena. 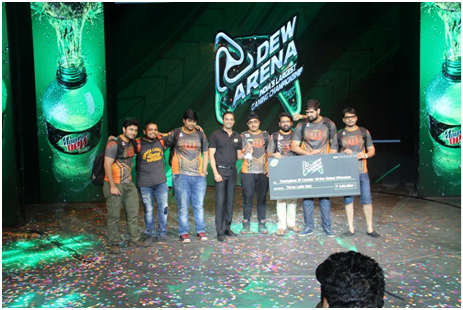 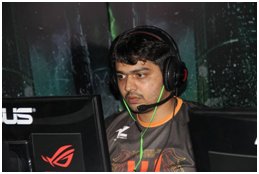 little bit low after losing the 1st game. We lost many crucial rounds in both the maps that's the main reason we lost!! . After losing ESWC finals we discussed whole night and with the help of a few motivational speeches from Neerav and Kanishk(Team owners) came back stronger . Against Brutality, we just improved our communication level in game and we won !! Nuke is still not a stable map. It’s a heavy ct sided map and 8 rounds as T's is enough to win the map but we lost the CT side pistol round and force buy rounds initially on the CT side. In the later rounds we managed to read them quite comfortable and took the win.. – Ritesh”Ritz” Shah on coming back after losing out on ESWC and playing Nuke.


The first thing that came to our minds after seeing the venue for Dew Arena was "Wow, we are actually progressing in terms of production and venues". We really enjoyed playing this event and without a doubt this would be the best event India has hosted so far. We would like to thank Mountain Dew India, Nodwin gaming's team, SoStronk and all the admins who made sure this was a success.-Ankit Panth,Team Brutality


As an event, personally I would have to say that the event was quite successful. Techguru Rajiv Makhni kicked off the event with and things looked very positive from the get go. In terms of production there were slight audio hiccups and a bit of continuity and flow problems, but then again for an event of this scale it is to be expected that Murphy’s Law does come into play.

This is what Gautam “Virkaholic” Virk who was in charge of production had to say:

Production experience was amazing. Getting the opportunity to work with 13 different LED screens for an esports event was intense. Also let's not forget the hydraulic lift.


The Dota 2 casts were handled by AFK Gaming’s very own Nishant “ClouDx” Patel and Vivek “Veewake” Venkatraman and they kept up the hype in the thrilling clash of the titans.

The North has always been a Counter Strike dominated region however it was refreshing to see folks cheering almost as loudly for the Dota finals as well! The tournament format was perfect - only the top two teams make it to the finale after duking it out with two others in a round robin group. This ensured high quality matches across both games. Game 3 of the Dota 2 match was truly a fitting end to the legacies of Invisible Wings and Beyond Infinity! Veewake and I had a blast casting the games and are humbled at having been given the opportunity to cast the tournament. 11/10 would go again!'- ClouDx.

For CS:GO Sudhen “Bleh” Wahengbam and Prashant “Aequitas” Prabhakar turned up with the usual amount of flair, analysis and unadulterated hype to keep things flowing. In addition we had the honour of hosting Hector Rosario(the founder of Flipsid3) and a very keen stats guy who made things interesting with his little tidbits of knowledge. Here’s what Sudhen thought of the event : 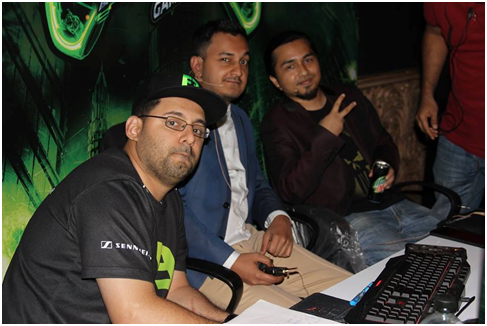 It was a well planned LAN, and although there were some technical issues, it was pulled off quite well. I liked the idea of just having the finals on the final day. I'd rate it pure production wise as the best LAN in India so far, although that's not saying much compared to international LAN events' production. But we're getting there slowly. The crowd was disappointing as usual. The Indian eSports scene is just reluctant to move their butts and attend events which are FREE. While location could have been an issue, I don't think it's a good enough excuse. Working with Hector was stellar. It's priceless to have a coach of a top EU team on the analyst desk, and I think he did a stellar job considering the setup we had to work with. Going forward, I'd like to probably see a LAN in Mumbai as I feel they have the most vocal and passionate eSports fans in the country. We've tried Delhi, Bangalore & Pune this year, Mumbai deserves a chance. Production wise, having the setup at the venue atleast 24 hours before the event will help resolve any technical issues early on and also enable us to have really cool production features which can put the event on par with International events. Also, segregating the casting area from the audience would be a ideal, instead of random people walking in front of the camera all the time. But all in all, one of the best LANs I've casted in India. It can only get better. - Bleh

Editors Note: Bleh brings up a very important issue of crowds and fans not turning up in huge numbers to attend events. At the end of the day esports can only become a sport if it has fans and viewers and while the phenomenon has been pretty prevalent in the international scene, it is yet to pick up in this sense here. Fans, viewers and crowds as well as twitch numbers are what motivate the guys to keep at it and hopefully in the near future we shall have more participation in terms of attendees as well as viewers.

All in all this event turned out to be a big success, and hopefully will pave the way for Indian esports to reach greater heights. Akshat “LordNOD” Rathee sums it up beautifully

The Dew Arena has succesfully become a platform that marries audiences from the highest echelons of competitive Indian gaming with casual gamers going at it for fun. We are grateful to everyone that put their best foot forward to make this event a success and are ecstatic at the number of gamers that showed up at the event and tuned in to the live stream from home! As always, we are following communities and forums such as AFK Gaming with the objective of hearing YOUR feedback and expectations from our future events. Stay awesome and stay tuned for more cool stuff from NODWIN Gaming in the near future ;) Gl hf!' - Akshat 'LordNOD' Rathee 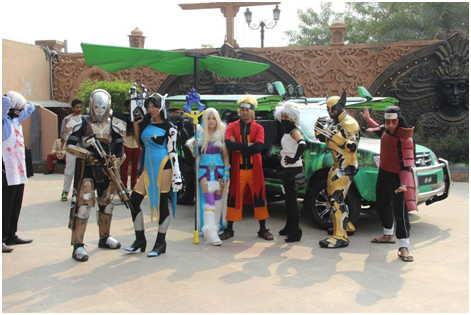 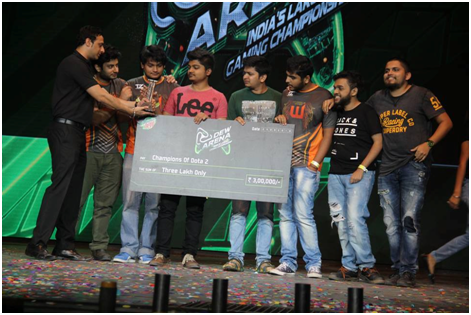 For more info on the event, click HERE
About UsContact UsServicesRSS
DisclaimerAdvertise With UsArchiveEditorial Team