10th, Jun, 2016
It was a good week for Brutality as they obliterated all competition to win the first starter cup of the ESL India Premiership. On top of this they continued their good form in the ESEA Asia division. We rack the brains of captain Ankit “V3nom” Panth to see what the boys are upto.

1. Congratulations on taking the first place in the first starter cup of the ESL India Premiership.

Thank you so much for the congratulations. We had an amazing time in the finals and hope that we gave an exciting match to all the viewers who tuned in.

2. What are your thoughts on the ESL India Premiership? How was the organization? The brackets? The entire concept of starter cup, challenger cup and finals?

We would say it's an interesting concept.  As you know in India we just see a glimpse of big events once in 6 months if we are lucky or maybe 1 in a year. NODWIN Gaming along with ESL have finally took matters in their own hands and have made sure that India is consistently playing. This concept of starter cups, challenger cups and finals will really help and keep the scene alive. It's going to help the upcoming teams a lot and keep them motivated. We do have the options of flying to different cities for tournaments, playing Asian leagues etc but our upcoming stars still need something which is consistent and is happening every month so that they can polish their skills before they enter the big stage. They have been given a big opportunity through this ESL platform and I hope they make the most of it. Matches were starting on time and the admins were coordinating well with the teams. Overall a great team effort by NODWIN Gaming, ESL and SoStronk was shown.

3.Invisible Wings also played really well and had a good run beating Overcome, Insanity and Simplex. What’s your opinion on their play style and form?

Yes I agree, they did show some amazing Counter Strike. They are young bunch of guys who have been working hard and you could clearly see that in their game. I know a few of them personally and I wouldn't lie they have improved a lot from what I saw them a few months back. I heard a lot of people saying that Psy is the only one that carries in that team but that's not true. It's the team effort that's helping them.  Not taking anything away from Psy though, he is a good player and has experience backing him up as you all know that he was an ex-brutal. But I am especially happy for those Kolkata guys because I know they have seen hard times where they use to come for tournaments and get defeated with single digit scores. I still remember once someone from their team came to me after they lost to us and asked "Bhaiya well played but what is that we are doing wrong ? We are really trying but it's not working out for us. Please tell us what should we do ?" I didn't know what to say because I know how much it pains after you try so much and lose. I told them you guys played good but just lack experience. Don't give up and keep playing . Play for your city/fans and one day you will be at the top and maybe you could give me some tips. He smiled and I felt better seeing him that way. Now when I see them defeating some good teams and giving us a fight, I am quite impressed and happy. Also the guys at Tranzenca have helped them a lot for which I admire them. We need people, companies like these to come forward and help our upcoming talent because that's how we will grow strong together 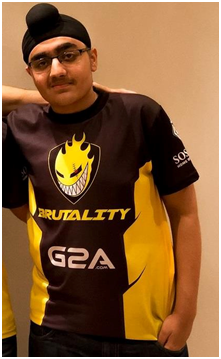 4.Your ex-teammate –psy has been in top form recently. Did you guys realize his potential back then how impressed are you with his play?

He was a beast back then and he is beast now. He has many more years of Counter Strike in him and if he keeps playing like this, only sky would be the limit for him. His game has never been a problem, he is a good guy but no one's perfect after all. This is my personal opinion, he needs to fix a few small things out of the game and if he could control that, I would say he will be the best person and player overall which will in return help him in future. I am no one to judge or say anything about anyone or interfere in their personal lives but I said that as a friend and because I know he has a clean heart but is a little immature which justifies as he is young.  We had a great time playing with him as he was the most funniest in our team and always made us laugh.

5. You guys seem to be pretty active in terms of marketing, social media and streaming scrims, giveaways and stuff. Can you explain how critical this is in terms of building a lasting brand.

We would say it's very important maybe that's why we are the only Indian team who has 8 sponsors. It's very easy to curse the brands and say that no one is supporting our scene and there are no sponsors but my question is what are you doing for them ? Why should they invest their hard earned money in you ? What will they get and how can they trust you ? It took us years to gain the trust of our sponsors and now we are at that stage that even if you ask our sponsors and tell them that you defeated us thrice and we won't even win a single event from now, they would smile at you and say it's ok, we will still support them. That's the kind of relationship we have built with brands.

6.Who and how is the playing 5 decided from your 6 man roster?

I am the one who decides who will play and who will not depending on the practice sessions that we have before the tournaments. I have built this team with love so we have never had problems in terms of deciding who will sit and who will not. We all are like family now so it's very easy for us to make such decisions without hurting anyone's feelings.

7. Have you guys been playing nuke and will we ever see it? (Please say yes)

Ad1 loves Nuke and he is on the verge of making us play it. A few more motivational speeches by him on Nuke and you might see Brutality playing it soon.

8. Scorchers are dropping hints in terms of a gaming house and a comeback. What’s your opinion of them?

I would say it will be good for the scene as we will have more teams. From what I have seen their logos have changed to wolf so I don't think you will see Scorchers but Wolf coming back. They are a strong team and it will be fun to play against them. Ace has a lot of experience which helps them turn games in their favor. I hope they comeback and stay strong together.  They have my best wishes.

9. Which 2 teams have the highest chance of qualifying from the 2nd starter cup?

Looking at the lineup I would place my bets on Wolf and Destructive 5.

10. How active are you guys in terms of following your competition? Watching games, analyzing replays? Also since you guys don’t do this fulltime do you get time to watch and follow the International scene?

We are not that active I would say but yes we do watch replays of our opponents before tournaments sometimes. We don't do this fulltime as we have other things to look after as well but yes I'd say  we give ample amount of time to our passion and we know how to manage other things as well. We love watching International tournaments because that's where we learn new things from. We often try to tweak them a little according to our convenience and then try it out in tournaments.

11. Message for up and coming teams/players.

My only 1 suggestion would be don't make a team just for the sake of it or when you see a big prize pool pot right in front of you. Try and make a team with people whom you trust and you are confident that you will enjoy playing with them. Once that's done, keep playing and have a great time. Results will follow you soon.

12. Are you guys friendly with other teams? (MxB, Overcome, IW, Insanity, Scorchers, etc)
We follow a simple rule, give respect and we will give you more than that. We have had our times with MxB during Lenovo India Gaming Week in Mumbai, with Overcome during ClanWars in Bengaluru but I guess it's all sorted now and we are back on the respectful paths again. Also a lot of people asked me when we defeated Scorchers in the Nvidia show match why didn't we write anything against them, when a guy from Scorchers had enjoyed our loss against Overcome in the PGL minor qualifiers. My reply has always been it's ok, it didn't bother us. We are way above all this and don't want to pay attention to such small things rather we will work hard and use our brains to get better in game. But then you can't blame anyone, sometimes people get carried away but in our case I have always tried to keep the boys under control so that they don't lose their cool. When it happens it's fun for the spectators I agree but only if it happens under control beyond that it can be dangerous.

A bit about team dynamics

Who is the loudest and most excitable during games?

During friendly games we all are the same, good old lads you can say but when it comes to show someone what Brutality means or if someone has awaken the beast within us by doing some stupid things, it's always Arun 'Kundya' Kandpal  followed by V3nombiceps screaming their lungs out and showing our enemies who we are and what are we capable of doing when someone forgets their limits and provokes us to a certain extent. 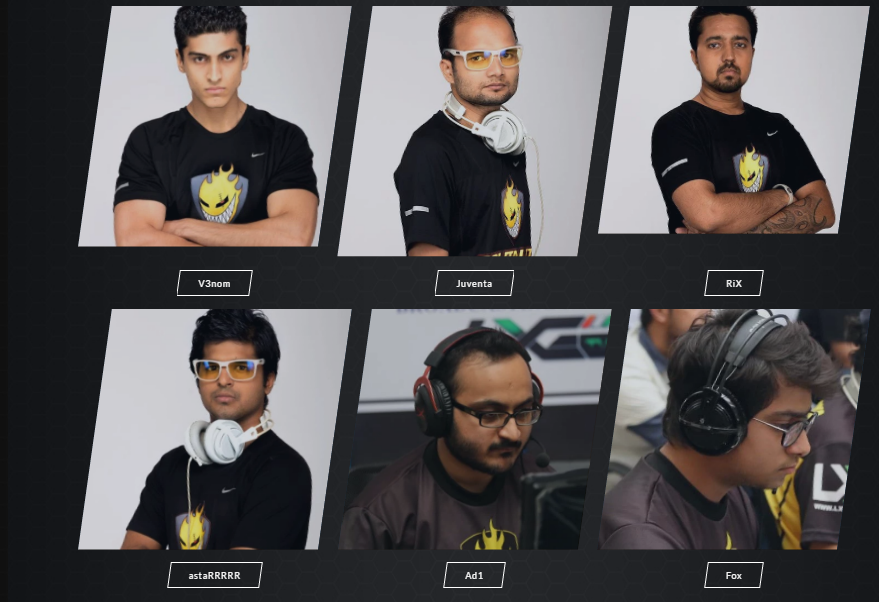 Who is the most quiet during games?

Aakash 'RiX' More without a doubt. He is in his own zone which is kind of good.

Are you guys good friends outside of the game?

I would like to change the word "friends" with family here. We are more than just friends and that's what has helped us all these years.

Who is the laziest when it comes to playing pubs and scrims?

Arun 'Kundya' Kandpal and Jay 'Fox' Shah are lazy people I would say. They will deny it but I know them.

Who is the one always coming up with new strats and plays?

Arun 'Kundya' Kandpal, Jay 'Fox' Shah and Ayush 'astaRRRR' Deora these 3 are the masterminds behind what we do in game.
Thanks to Team Brutality for taking the time out of their busy schedules to answer the questions. Show them some love and join the Brutal Army over on Facebook and Twitter or visit their website.
About UsContact UsServicesRSS
DisclaimerAdvertise With UsArchiveEditorial Team