The biggest changes in the much awaited 7.20 patch

The core structure of Dota 2 hasn’t really changed since last year’s 7.07 patch, sure we got some pretty big changes, over the course of the year but it would not be far-fetched to say that 7.20 has completely changed the meta into becoming something flexible, inventive, and new.

The 7.20 update added a massive amount of content — in a minuscule 180 mb — to the game, new items; a complete, drastic map redesign; multiple ability reworks. Many of the gameplay updates are confusing and chaotic, but it’s a refreshing challenge in a game that hasn’t changed much over the past year — after all, Dota has always thrived in chaos.

Here are the changes which caught our eye.

With many of Icefrog’s recent big patches, he’s been giving some major tweaks to how the map functions, whether physically or mechanically. This one’s no different. The map has had some significant tweaks to the secondary jungles of both the Radiant and Dire Factions. The positions of the secret shops have also been slightly changed.

It’s a sad change really, for esports viewers. No longer will we get epic moments like Cloud9’s epic throw or Mineski’s implosion.

On a serious note, TPs no longer needing a spot in the inventory, means that late-game no boots carries will be seen more often. Perhaps late-game hyper carries with little to no movement mechanics like Medusa will become more of the norm.

Denies got a lot more important for Mid laners, and less punishing for offlaners 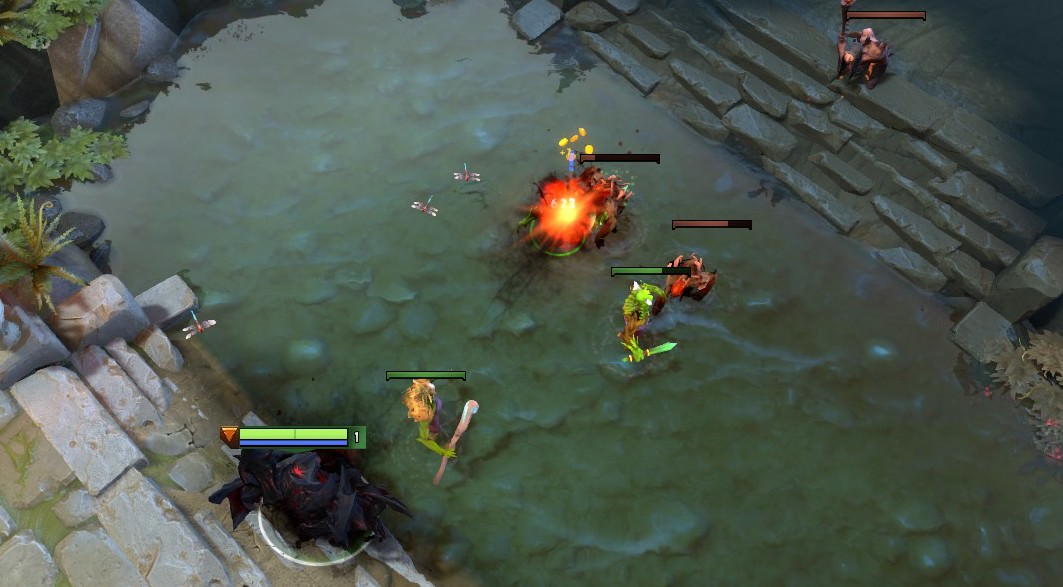 This seems very small, but it’ll make a difference in your early game. Denies will no longer give 25% xp, rather they give 25% gold. This change makes it so that solo-offlaners like Clockwerk and Tidehunter are still viable in this meta while still making denies matter in the early stages.

New Items have been added

This patch introduces 5 new items, as well as numerous reworks into the shop for players to buy during their battles. The spectrum of abilities, stats and builds for each gives players plenty of new territory to work with.

The new items added are:

Grimstroke has been added to Captain’s Mode

Grimstroke was added to Dota 2 just 3 months ago and now after Valve has decided that he's ready to make his Captain's Mode debut, even buffing him up a little bit in order for him to make an explosive entry to the competitive scene.

We might be able to see a couple of Grimstroke picks, quite soon, in the Chongqing Major Regional Qualifiers.

If position 5 supports were poor because of the Sheer number of sentries one had to purchase against a Bounty Hunter. They are going to be stuck in full on poverty mode, barely managing to limp themselves towards a Boots of speed pickup now.

Bounty Hunter’s Jinada has been reworked to no longer deal Bonus Damage, but rather steal unreliable gold from you.

Clinkz’ can now summon up to 6 of his buddies to help him assassinate enemy heroes, without putting himself in too bad of a position. His ultimate, now repackaged as Burning Army spawns 4/5/6 Fiery Skeleton Archers along a 1300 line. Skeletons attack using Searing Arrows, have your base damage, are immobile and take 2 hits to kill from a hero. They only attack enemy heroes (like WD ward, but killable). 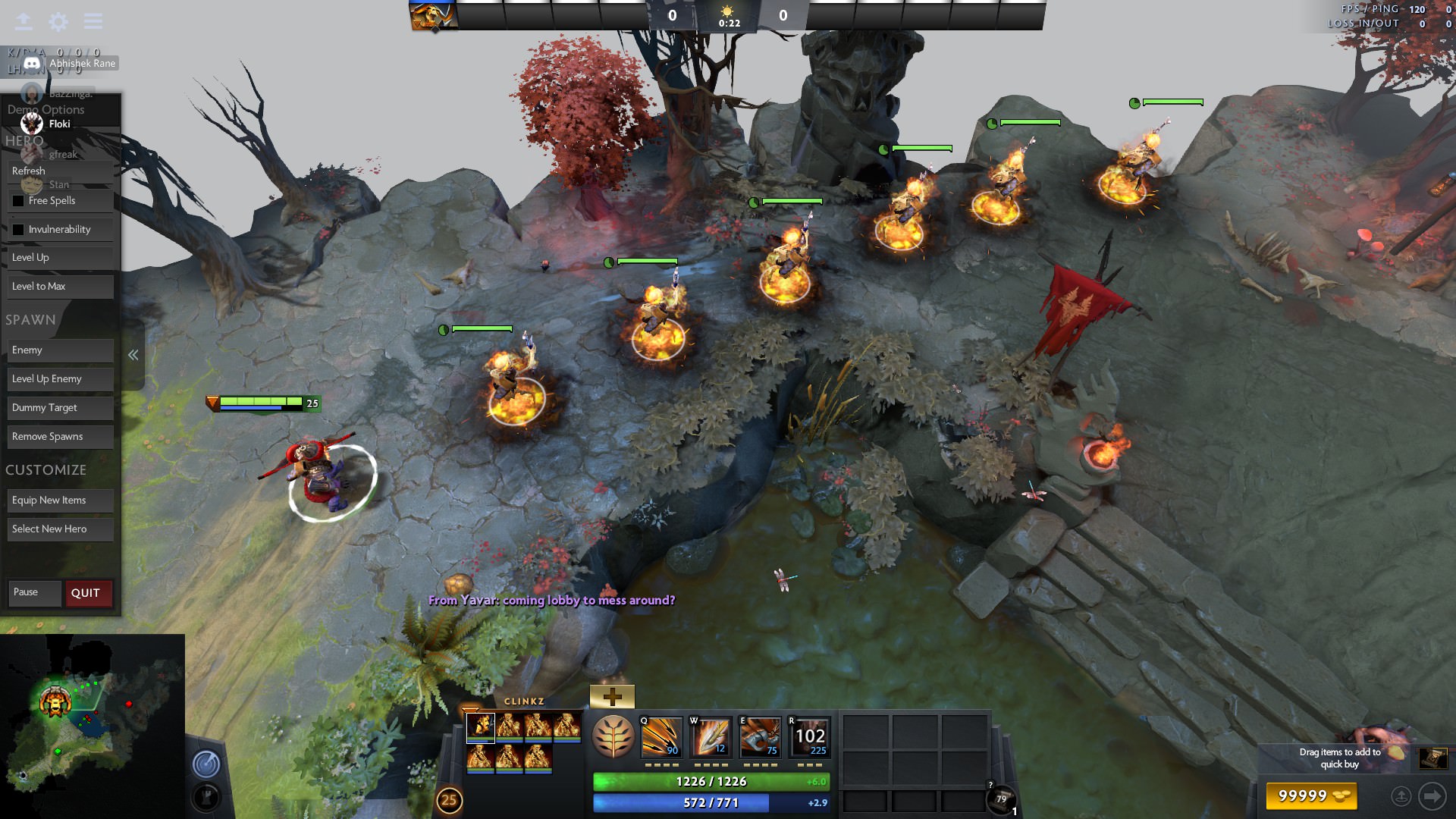 Centaur Warrunner gets a makeover

Return has been removed from Dota 2. Now before the humble 5 position CM in your pub rejoices, let me clarify that attacking the Centaur Warrunner is still going to be detrimental for your team considering that the hero now gains charges when attacked by heroes/creeps which he can dish out as damage later as an activated ability: Retaliate.

Much to Slacks and fellow lore enthusiasts’ delight Anti Mage’s Aghanim’s scepter is no longer a thing. Instead, the spell-reflect ability has been added to histoolkitt as part of his 3rd spell. The fact that you can activate the spell whenever you want, to reflect a key spell means that the outplay potential is exponentially higher for an Anti Mage, making the pro scene that much more exciting to watch.

With denies not providing heroes the 25% exp, Lich’s sacrifice was going to become quite a useless spell. Thankfully, Icefrog has accounted for this and changed this ability into Sinister gaze - most similar to a reverse fear-mechanic where the player moves towards you instead of towards their base. 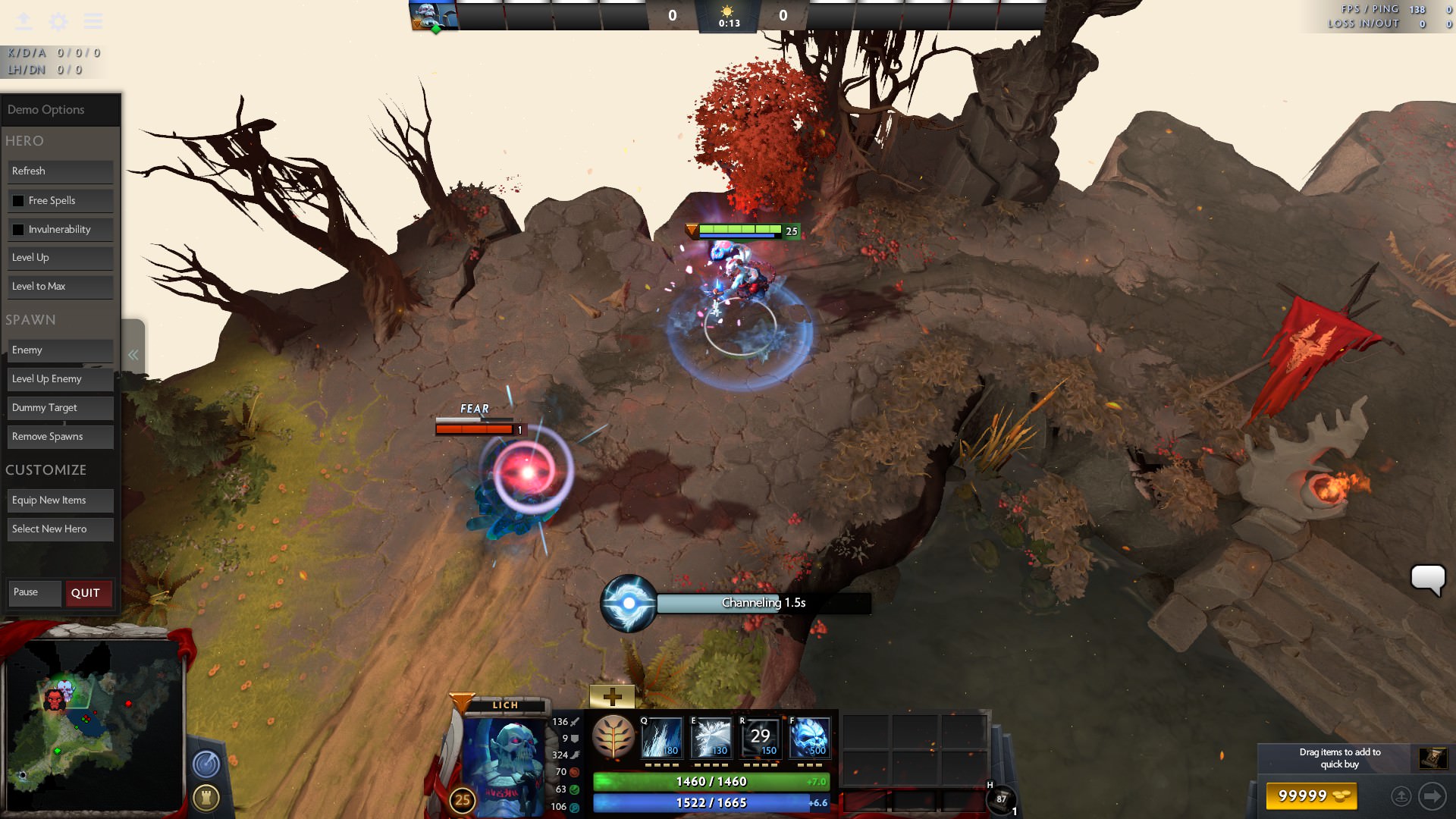 Keeper of the Light gets completely reworked

While Keeper of the Light’s Mana Leak and Spirit Form being removed, the creepy old man has become a completely different hero with an ultimate befitting a fundamental. His ultimate Will-o-Wisp spawns an attackable light entity, ‘Ignis Fatuus’. A light source that suspiciously looks like IO. 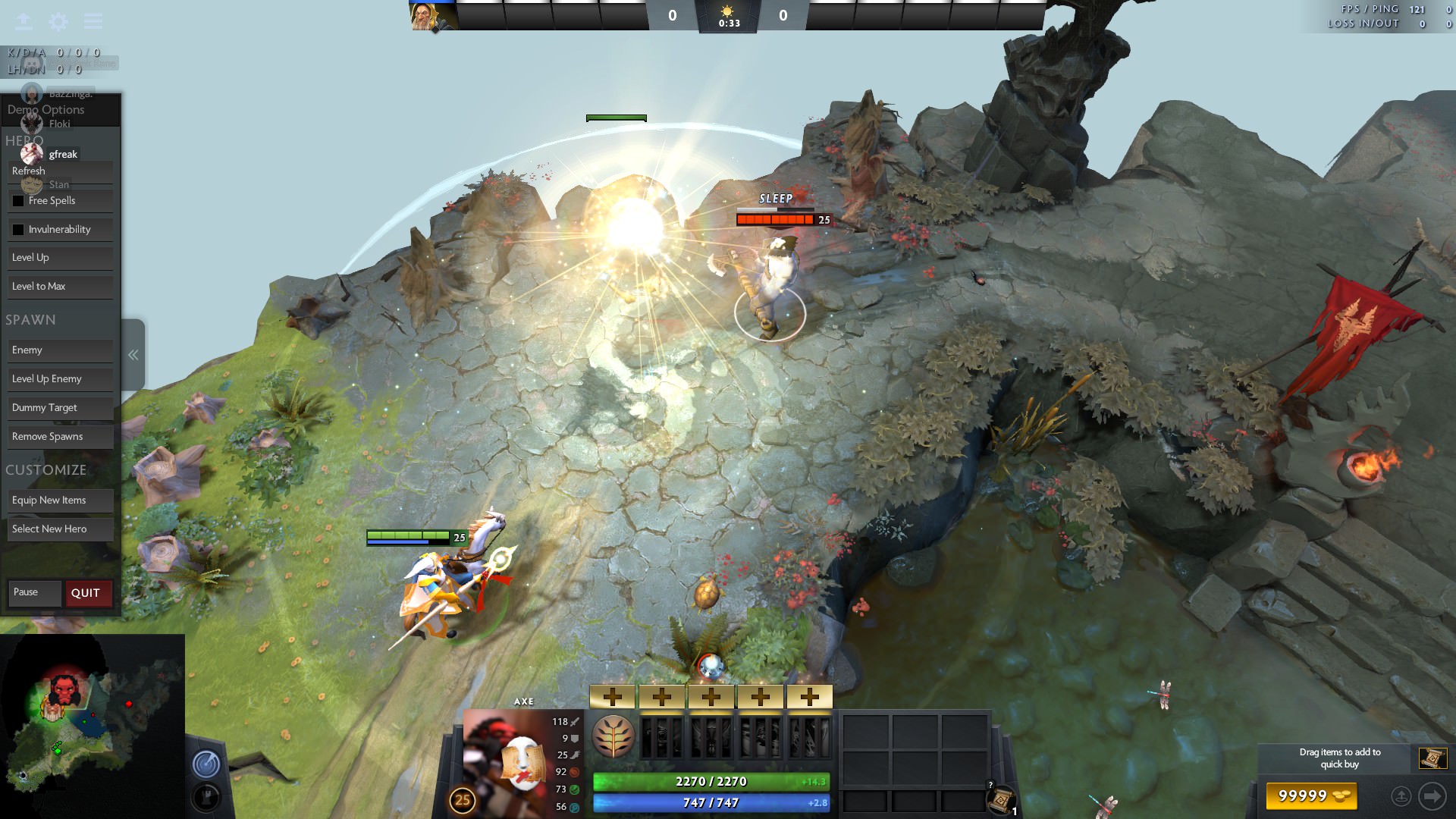 The light flickers on for 1.3 seconds and off for 1.75 seconds. Enemies within a 650 Radius are hypnotized and forced to look at it whenever it is emitting light, basically stunned.

Will this push him into the forefront of the meta? We’ll have to wait to find out.

Looks like the hero is finally something that is literally not a creep who hits like a wet noodle. While the hero is still quite bad in day time, he has slowly crawled up to become an absolute beast in the Night time, especially when he activates his ultimate where he gets unobstructed pathing, 150+ Damage and a ton of attack speed thanks to his passive. 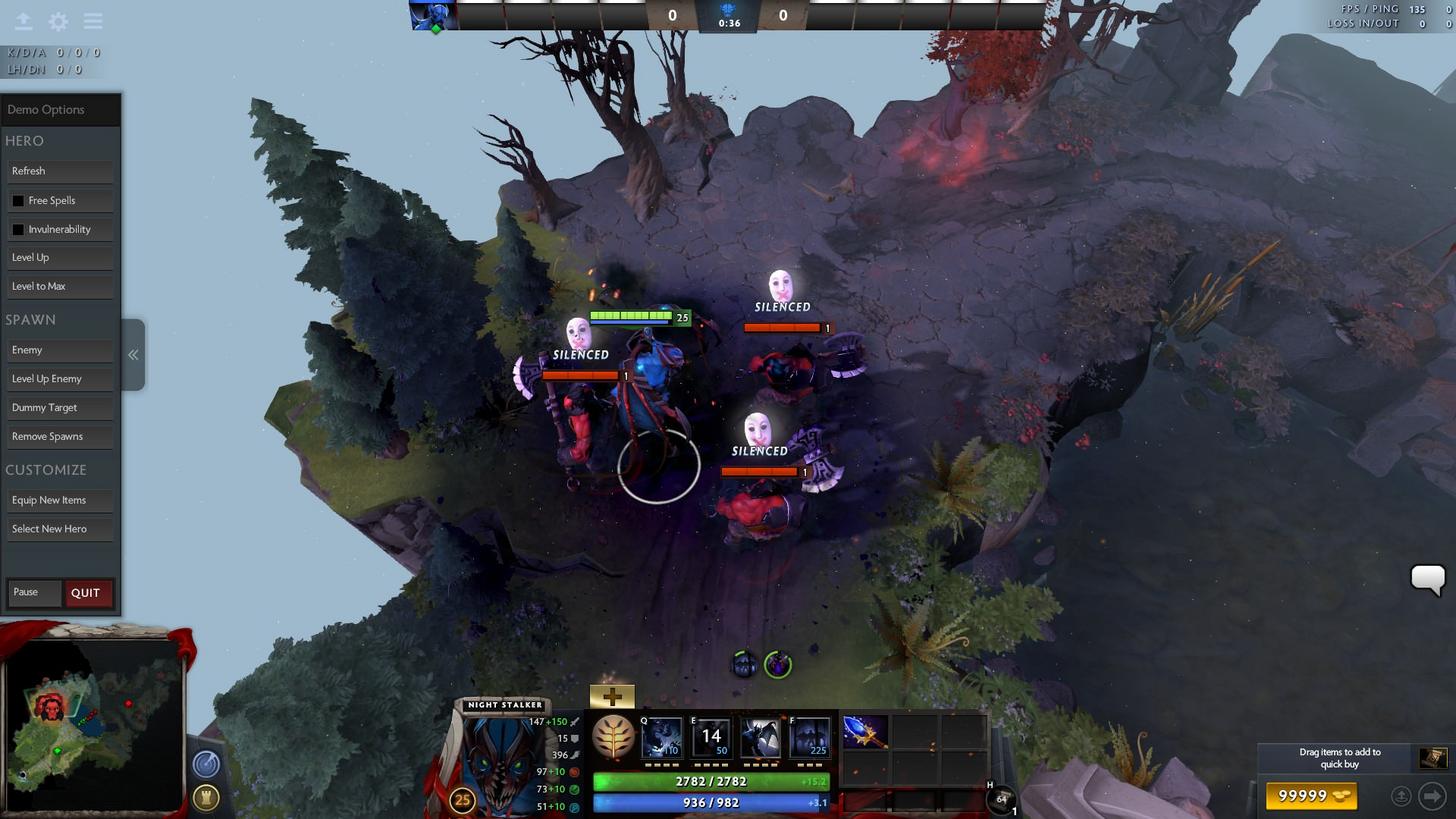 A 60% chance to proc all offensive items like Orchid Malovelence, Scythe of Vyse and even a Hand Of Midas will probably see Ogres continuing to bully lanes and have some additional late-game impact, with enough items.

While the Outworld Devourer did see some play in 7.19, he was by and large ignored because almost all of his spells were countered by BKBs and he had a relatively slower farming rate, and hence a shorter peak.

While all his spells are still countered by BKB, his farming speed just got a major upgrade with the addition of Splash damage. The RNG aspect of his essence aura has also been finally replaced with ‘Equilibrium’ a spell to let him restore mana much more consistently.

There’s been a noticeable trend of Icefrog moving away from the direction of RNG in this patch.

One hero who was one of the worst carries in the 7.19 meta was the Slark who was notoriously affected by Hex being undispellable. Now that Icefrog has reverted the Hex mechanic which crippled Slark and has further buffed him by being able to permanently steal stats, as well as making Pounce a pseudo-stun, as well as Clarity not being cancelled by Dark Pact, allowing Slark to skip Echo Sabre, it looks like the nightcrawler is back to being a Top Tier pick in the 7.20 meta.

Troll is Unkillable in his Battle Trance

After years of being ignored by Icefrog since the great 6.83 purge, Troll has become quite an interesting hero with his latest set of buffs. While he no longer bashes, he ensnares now. He can also purchase a Skull Basher or an Abyssal Blade. But this is not that big of a change? What makes him OP?