Europe reigned supreme once again, as PPD’s OpTic gaming were pushed down to the lower brackets after being truly outclassed by the defending champions. In a series which didn’t even last a full hour, Liquid’s mid lane proved to be the defining factor in both games as CCNC just couldn’t keep up with Miracle’s Alchemist in Game 1 and Broodmother in Game 2.


Here’s a brief recap of the first series of the Main Event, for anyone who might have missed out on the match. 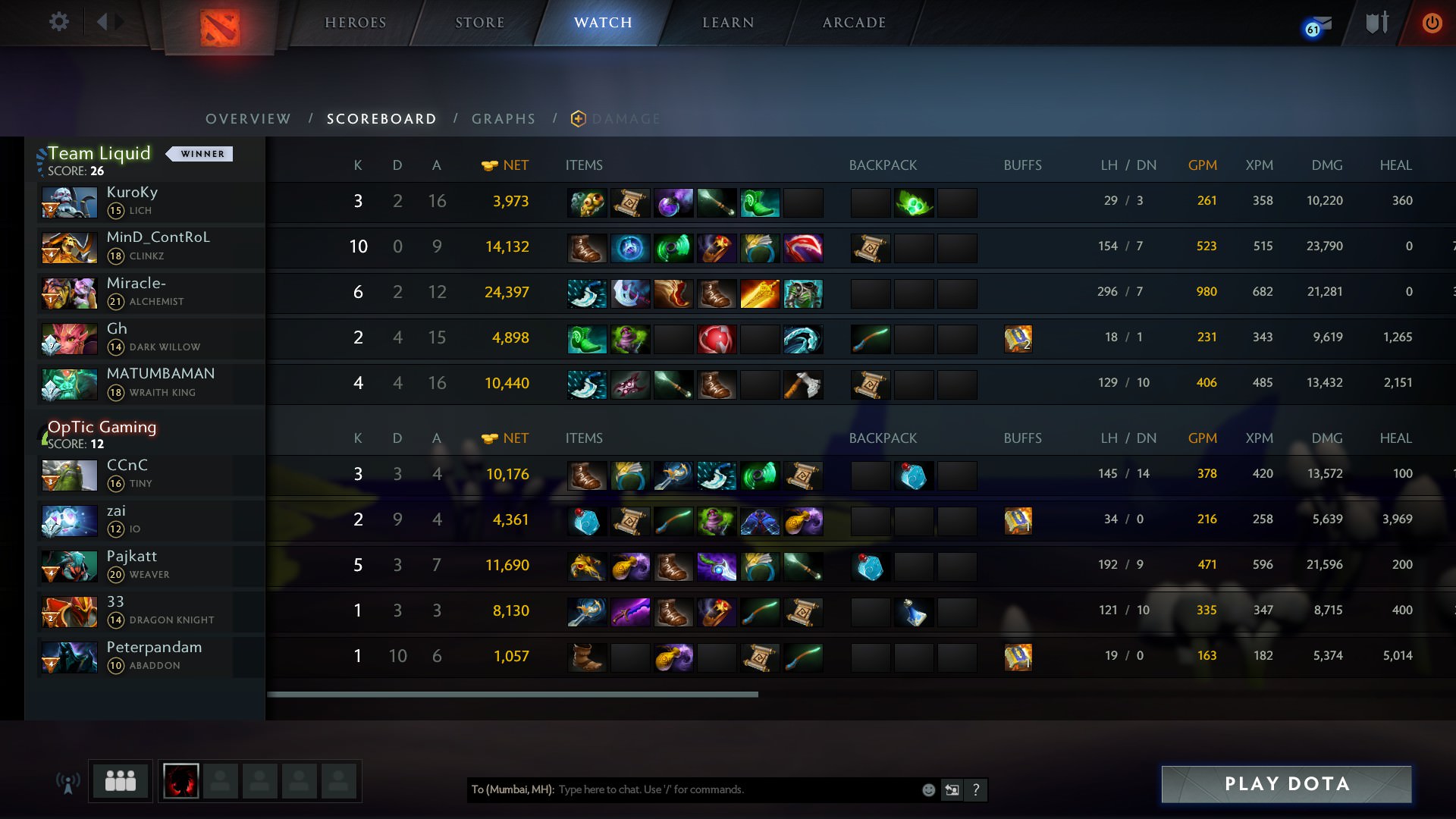 While OpTic Gaming went for an unorthodox but old-school Abaddon support for PPD, Team Liquid cheesed it up even more with an Alchemist pick for Miracle. While OpTic Gaming held their own initially breaking even in the early game and trading kills. But Miracle on the mid lane just kept up his farm, finishing a Radiance in 12 minutes.

It was a massacre from that point. Team Liquid found kills all over the map, killing off everyone in the NA team who dared to push past the river. OpTic just couldn’t find an answer, and GG’d out in under 30 minutes. 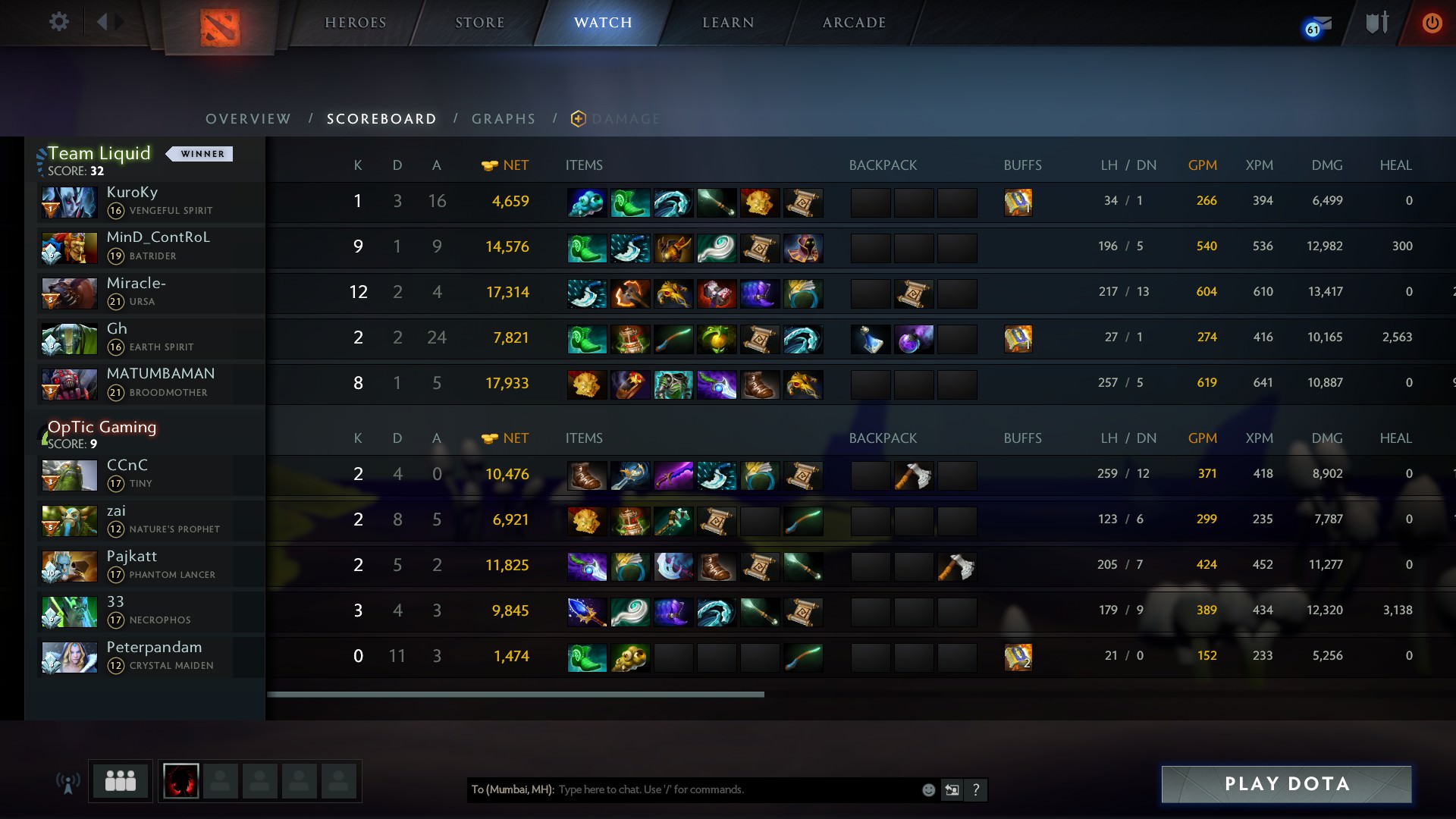 In simple terms, OpTic Gaming just got Broodmothered. Matumbaman traded evenly against Tiny in the laning phase. But the impact both heroes had was night and day. Broodmother forced OpTic Gaming’s attention on himself and still managed to dodge multiple ganks making tons of space for Miracle and Mind_Control who farmed their way up to occupy the 2nd and 3rd positions in the networth chart behind Matumbaman.