15th, Feb, 2016
Less than a month after NeckBREAK announced the departure of its Dota 2 squad, Team Elunes has followed a similar route, albeit on a much nicer note.

Elunes is an AFK Gaming initiative and today, with a heavy heart we announce that we have let the Dota 2 squad go. Team Elunes will remain inactive for the forseeable future.

Here's what Bari 'ZeDisBuGG' Anwar has to say :

"As the captain of the team, I would like to thank Elunes and AFK Gaming for bringing out the best in us. Without their help, we wouldn't be here. To all our supporters out there, I would like to apologize for this change of organization and explain why this had to be done. This was a big opportunity for us to play this game as a profession and to play on an SEA level. We will be playing our hearts out to improve and perform better in international events. Looking forward for the support from our Dota 2 community"

Rest In Pepperoni Elunes. But why has this happened?

In a nutshell - eSports teams in India are not financially viable at this point in time. For the longer version, read on.

There are two primary ways for an eSports team to farm gold IRL - prize money and sponsorships.

Prize Money : Teams participate in tournaments, they win prize money and a part of the prize money goes to the organization. Prize pools in India are too small ranging anywhere between 50,000 to a lakh for first place on the higher end with a frequency not exceeding two or three such tournaments per year. Assuming a team places first in each and every one of these tournaments and the organization keeps a percentage of this revenue, the proceeds are not nearly enough to pay for salaries, travel, stay, bootcamp etc. An Indian eSports team needs to win South East Asian tournaments and place in the middle of the pack at global tournaments in order to be sustainable, let alone profitable. Optimistically speaking, we believe that this era is another 1.5 to 2 years away.

Sponsorship :  Over the last year of Elunes' operations, we have reached out to countless brands, both endemic and non endemic and the only one that supported our efforts was MSI India Notebook. While their support helped cover some of the costs (for that we're thankful to MSI) it barely scraped the surface and did little to enable the players to get better.
The only way sponsors will be motivated to market via a team is if the team can generate sufficient return on the sponsors' investment through impressions, click throughs or even sales. Sponsors believe that Indian eSports teams don't command the type of fanbase and viewership that justifies spending significant marketing funds on them. As AFK Gaming, we could hype the team and market the brand as much as we like but nothing pulls in a large loyal fanbase like a win versus a premiere global or SEA team - which sadly has NEVER happened in a tournament match by any Indian Dota 2 team till date. The closest we got was Elunes making it to the quarter finals of the SEA open qualifier of the Shanghai Majors.

While I can't really fault sponsors for this view it adds to a vicious cycle that's pulling Indian eSports back :
Classic chicken and egg scenario right there folks.

Ofcourse, if you've got your own money to spend as players none of this applies to you since you can train at your own expense, take some bananas from sponsors and carry on. Unfortunately, this isn't a sustainable way to build an Indian eSports team and not all players are well off enough (financially) to pursue it at their own, continued expense.

What's next for the boys?

ZeDisBuGG and co. will be playing under a new name - 'Beyond Infinity'. Their new organization has provided them with a bootcamp spot in Mumbai and we hope that they can help break the vicious cycle mentioned above. 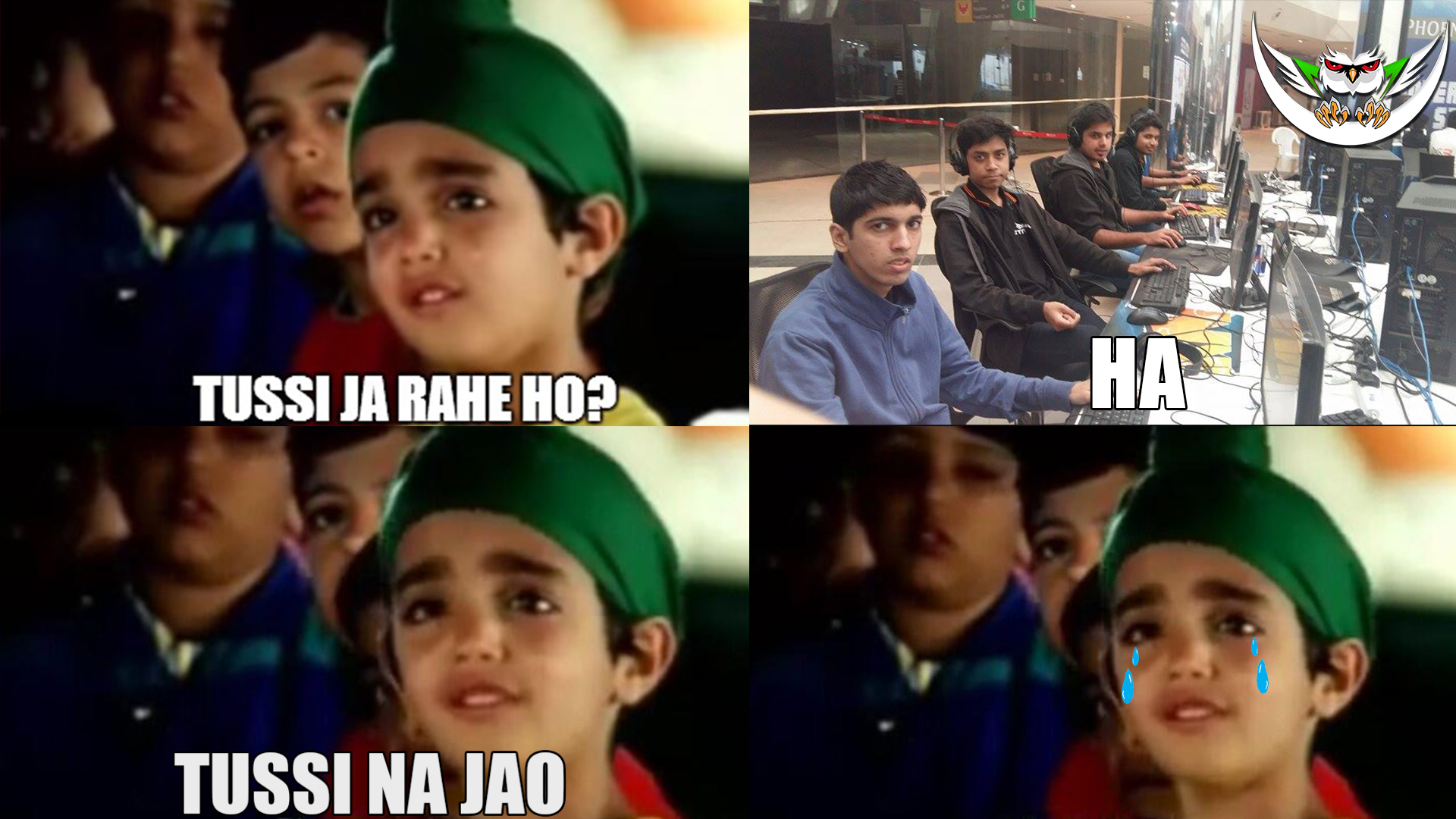 Elunes' and AFK Gaming's management and content crews bear no ill will towards the players or their new organization. They've received a great offer and we hope that they can make the best out of it. We strongly believe that they have the right mindset to push past the limits of Indian eSports. We just hope that they don't get blindsided by the money and stick to their objective of conquering SEA Dota.

To everyone that has supported AFK Gaming and the Elunes initiative so far, you guys have been hella awesome. The moment we posted the farewell message on the Elunes page we were expecting some pretty toxic comments but we were pleasantly surprised to see nothing but encouragement there. Please continue being awesome.

While Elunes might have shut down, AFK Gaming is not going anywhere. We've got some pretty kickass stuff coming up over the year that's sure to give Indian eSports fans a proper nerd boner.