Details for the 6th iteration of the Taiwan Excellence Gaming Cup have been announced. The tournament started 5 years ago and has been growing year on year with 2018's event featuring competitions in Dota 2, CS:GO and PUBG. Last year, Entity Gaming won the CS:GO tournament while Signify walked away with the DOTA2 trophy. The total prize pool for the Dota 2 and CS:GO tournament is INR 10,00,000 (INR 5 lakhs per game). Prize goodies worth ?50,000 has also been announced for the PUBG tournament.

What's more, the winners of the CS:GO tournament will compete in the Taiwan Excellence Esports Cup 2019 held in Taiwan.

DOTA2 and CS:GO  will have 2 online qualifiers.

The remainder of 12 teams for CS:GO will be selected by a series of LAN Qualifiers which will be held all over the country.

Dota 2 and CS:GO boast a prize pool of INR 5 lakh each. The distribution for each game is as follows:

Prize goodies worth ?50,000 has also been announced for PUBG winners.

The CS:GO LAN qualifiers will span 6 cities. Two teams from each city will go through to the playoffs. 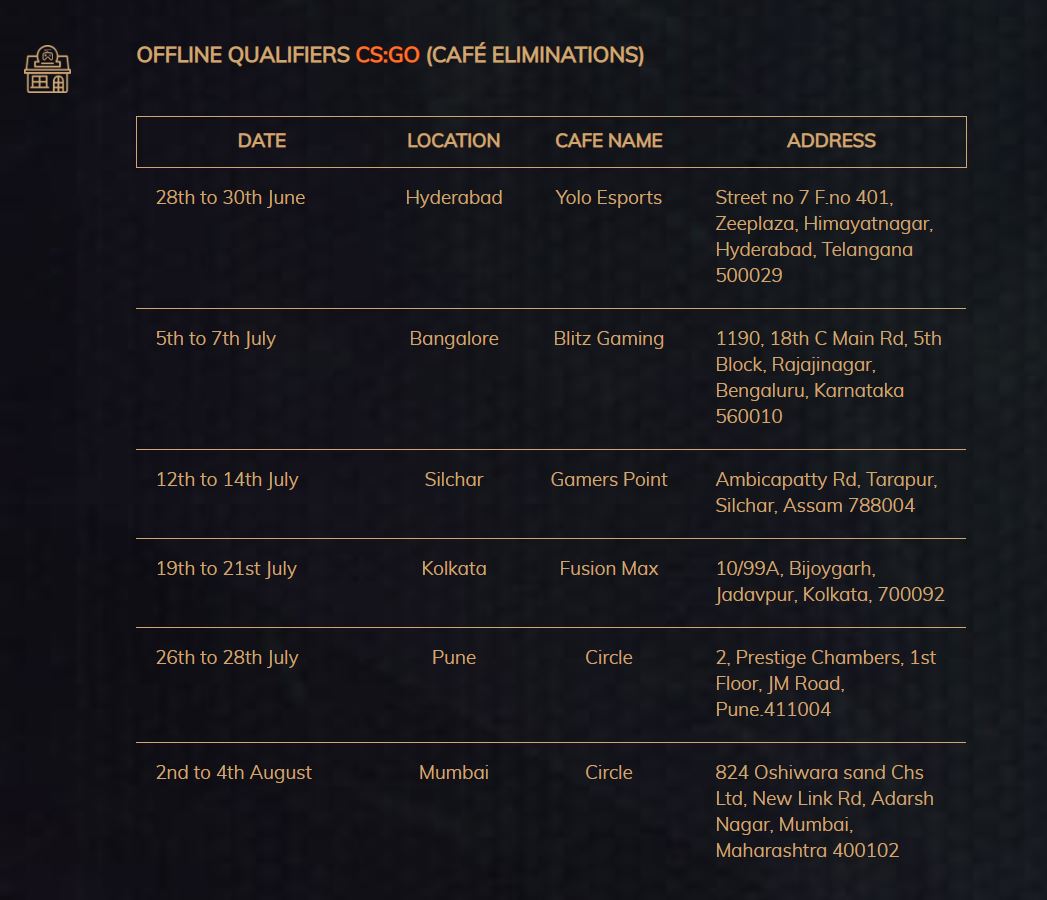 The playoffs for CS:GO and DOTA2 will both be held from 4th to 6th September online. 8 teams for each game will make it to the LAN finale.

The LAN finale will be held in Mumbai on the 27th and 28th of September.

Registrations for this tournament have already begun. Click HERE to register!