After having stood in for Renegades for the entirety of ESL Pro League Season 9 Americas and cs_summit 4, Owen ’Smooya’ Butterfield is no longer acting as a stand-in for the side.

Smooya had been playing for Renegades in the absence of Sean ‘Gratisfaction’ Kaiwai, who has been benched for the duration of this league citing visa issues. 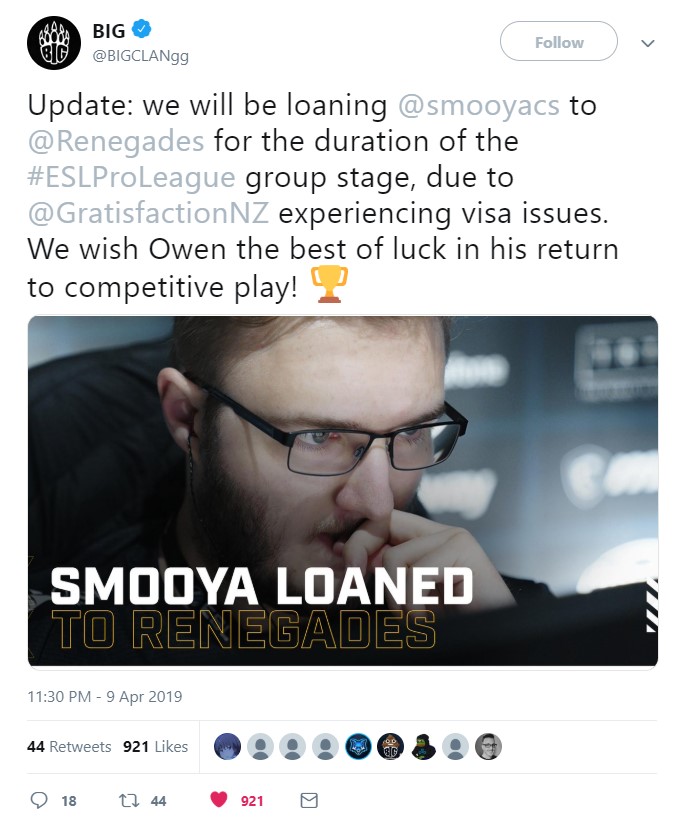 The player revealed on Twitter that his time with Renegades has come to an end as he returns back to BIG’s bench. The player went on to add that he is still looking out for opportunities as he wants to continue his professional career. 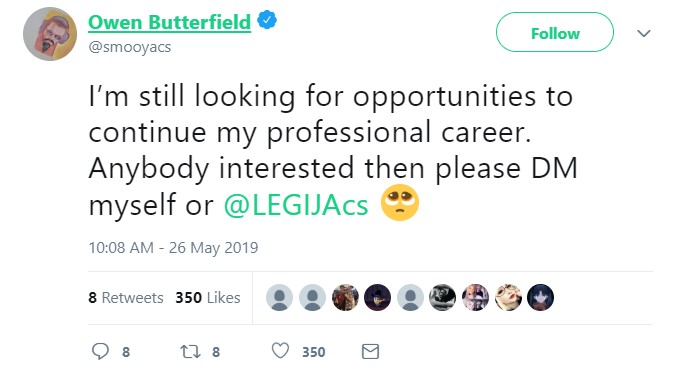 Renegades had broken into the top five HLTV global rankings for the first time ever, earlier this year. But they have failed to produce the same level of competence since the departure of Gratisfaction. 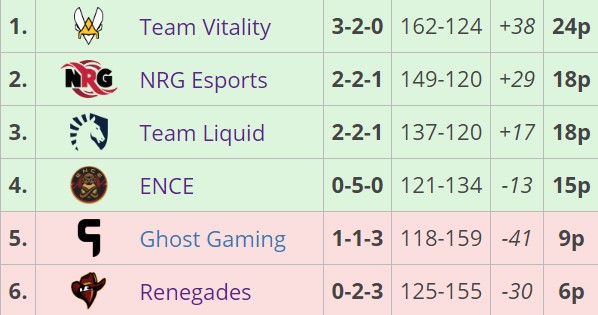 Though no official announcement has been made by Renegades or Gratisfaction about his return to the squad. Smooya has spoken up, giving his best wishes to Gratisfaction for the road ahead. 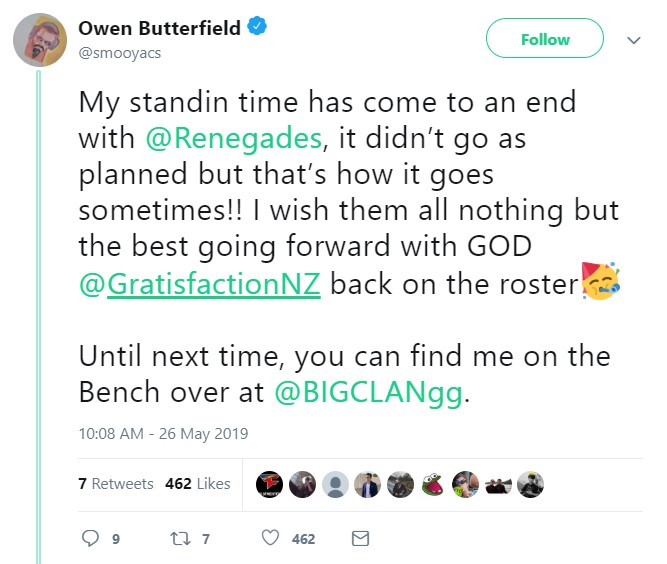 The current Renegades line-up is as follows,