Signify through to the WESG APAC Lan

10th, Dec, 2017
Signify powered through the South Asia and South East Asia Qualifiers last night to grab themselves a spot at the WESG APAC Lan finals. The final series against Alpha Black went all the way but they showed composure and experience to take the win.

Game 1 was a strong statement from Signify who came right out of the gates with all guns blazing. Crowley’s Puck led the charge with some very smart plays from the midlane. Eventually, BlizzarD started joining fights and AB seemed to have no answer to the damage output from his Eclipse. It was a short 25-minute game, forced out by Signify who were much farther ahead in gold and levels.

Clipped from Dotabuff
Game 2, on the contrary, was a long drawn out 80-minute affair that saw No_chance pick up two Daedalus's on his 4 position Kunkka. But BlizzarD’s item progression was a bit defensive and lacked damage. With very little right click damage coming out of Signify they were forced to go for the split push play. However, the triple BKB setup from Alpha Black’s core meant that team fights were really hard for Signify. Despite some resistance from the Indians, Alpha Black played out a defensive game, for the most part, knowing that they had the superior late game. Around the 70 minute mark, Alpha Black managed to take down quite a few Signify heroes, and the Nullifier on MK was shredding BlizzarD’s Weaver apart. With buybacks forced, Signify’s hail mary play failed and they tapped out.

In game 3 both teams went for comfort picks but it was BlizzarD’s Morphling who stood head and shoulders above the rest. While Negi on the Underlord didn’t have the best of laning phases, the rest of the Signify heroes repeatedly fed on the 2 Alpha Black supports to accrue a good lead. Once Morphling had a hold on the lane, PasoLL and No_Chance3 just went from lane to lane creating space and getting kills. This opened up the game for a 14 minute Linkens Sphere for the Morphling and the game began to spiral out of control for AB. Juggernaut only had a Battlefury and was forced to come to fights and kept getting blown up. Only the OD had a half decent time, getting some kills on the back of the Sanity’s Eclipse. However, a BKB pickup on BlizzarD soon put an end to all that as Signify etched out the win in 35 minutes. A dominating 17-2-14 scoreline for Signify’s 1 position. 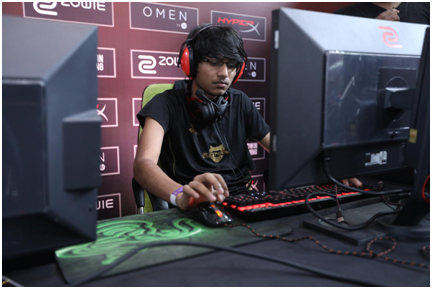 Pic courtesy: ESL India
A noteworthy performance from the boys in gold and black as they were on the road for a LAN and despite a gruellingly busy week, pulled out a special performance to secure themselves a slot in an international LAN. And it wasn’t just the final, Signify had taken down names like Intelligence Quotient, Veterans and StarsBoba on their route to victory. 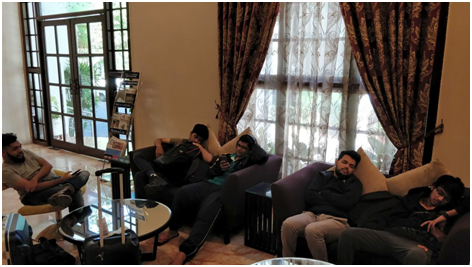 The LAN will be taking place in China from the 11th to the 14th of January 2018 and will feature names as The Prime.NND, Fire Dragoon, Keen among many to make a total of 20 teams.
About UsContact UsServicesRSS
DisclaimerAdvertise With UsArchiveEditorial Team