Valve’s TI8 content has often been lauded as some of the best esports content ever produced and this year was no less. Among many other videos, we got to see a short documentary on Sheever’s struggles with breast cancer. In May 2017, the popular Dota personality and host announced that she had been diagnosed with breast cancer.

The entire Dota and esports community came together as support poured in from fans and friends all across Twitter and other forms of social media but the struggle was always going to be real. Over the course of the year, Sheever was absent from Dota events, undergoing treatment for her disease and with the support of the community, her family and her boyfriend and popular Dota 2 caster ODPixel, she persevered and started getting better. 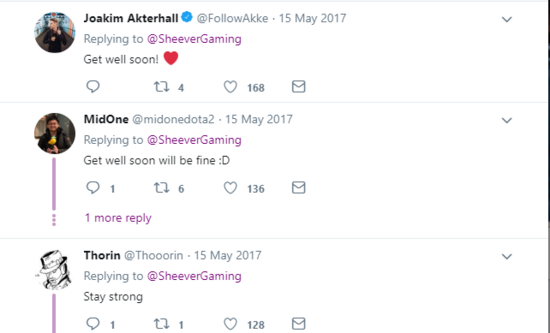 On day 3 of the playoffs, Valve aired a short featuring Sheever and her struggles with cancer. It was a humble tribute to one of Dota’s most loved community members and captured the real emotions behind such a long and hard struggle.

You can track Sheever’s progress on her blog here.