Secret draft their way to a victory against Vici Gaming

A close series came to an end with Secret knocking out VG in a 2-1 victory as they moved into the top 8 of TI8. VG’s exit leaves just one Chinese team in the competition in PSG.LGD. For a TI that everyone expected a Chinese team to win, it is certainly a grim sign. Secret’s win may not have been clean and crisp but Puppey’s drafts were the deciding factor in games 2 and 3 where Secret really showed some solid strategies that they had not pulled out earlier in the competition. It’s also the first playoff series of TI8 to go to a game 3.


Secret went for an early deathball styled lineup without any real late game potential and it seemed to work as they came out of the early game slightly ahead. However, VG looked extremely patient and bided their time, disengaging well with Lanm’s Earthshaker to cover their tracks as their cores kept the farm up. With BKB’s on Paparazi’s Terrorblade and Ori’s TA, Secret were halted in their tracks as their magic damage focused lineup found it hard to do damage. Even when Secret got the jump on VG, Fenrir’s clutch Global Silence prevented the enemy from committing and VG pulled ahead slowly but surely. Some chaotic fights post the 40 minute mark, kept Secret in the game as the lower BKB timers allowed them to come back. However, Lanm decided to take the game into his hands, with some amazingly clutch plays, locking down Secret and forcing out the gg.


Game 2: Secret get up close and personal


On the verge on knockout, Secret drafted a genius lineup, this time mixing up both magic and physical damage but executing a similar playstyle as game 1. Even with their signature heroes, VG struggled in the laning phase as Secret dominated all 3 lanes with help from Puppey’s Chen and fell behind. Secret grouped up early and took early objectives, allowing Fata’s Clinkz to farm all the while. With a sizeable gold lead Secret were ready to push high ground and while Lanm still got off a clutch Echo Slam, Secret were too far ahead and still managed one lane of barracks. It took some effort but Secret brute forced the other two lanes as VG were forced to split push and kept getting caught out by Fata’s Clinkz. By 32 minutes, Secret had secured mega creeps and there was little VG could do other than call the gg. 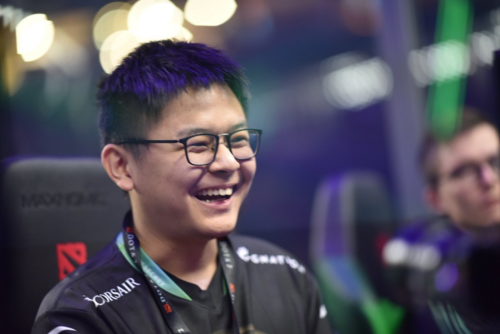 Game 3: Carry Venge and support Enigma as Secret cheese their way to a win


Both teams stepped out of their comfort zone in game 3 with completely different drafts from games 1 and 2. However, Ori’s Huskar dominated Midone’s Invoker in the lane taking a 2 level lead and doubling his last hit tally by 5-6 minutes. However, Ace’s carry VS was farming well and Fata’s Ursa found kills and kept Secret in the game. In the following teamfights, Secret managed to isolate Huskar every single time with a swap pulling him in deep and separating Oracle from the Huskar. There was little VG could do against Yapzor’s BKB Blackhole and Secret took a decisive fight near VG’s top shrine with a Supernova on top of a Blackhole, wiping VG cleanly. Soon, Midone came online in teamfights and provided the aoe control and damage that Secret needed to win teamfights decisively. With an Aegis on Fata, Secret barrelled down the mid lane, catching out the Clinkz and Huskar with a Blackhole. Eleven was forced to use his Reaper on the BKBed Enigma to cancel it and VG had little in their tank as Fata and Ace cleaned up wiping all 5 and going straight for the tier 4’s. Without buybacks and 10k gold behind, VG called the gg, signalling the end of their TI8 journey in 9th-12. 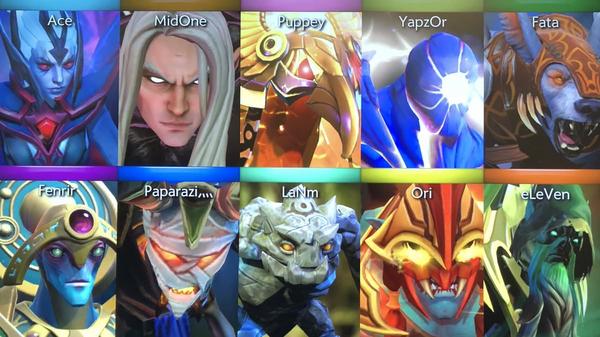