With the Reddit Dota 2 community, clamouring for bans on Chinese players for their racist remarks made against Filipinos, Bai "rOtK" Fan has posted a public apology on the Chinese social media site: Weibo. 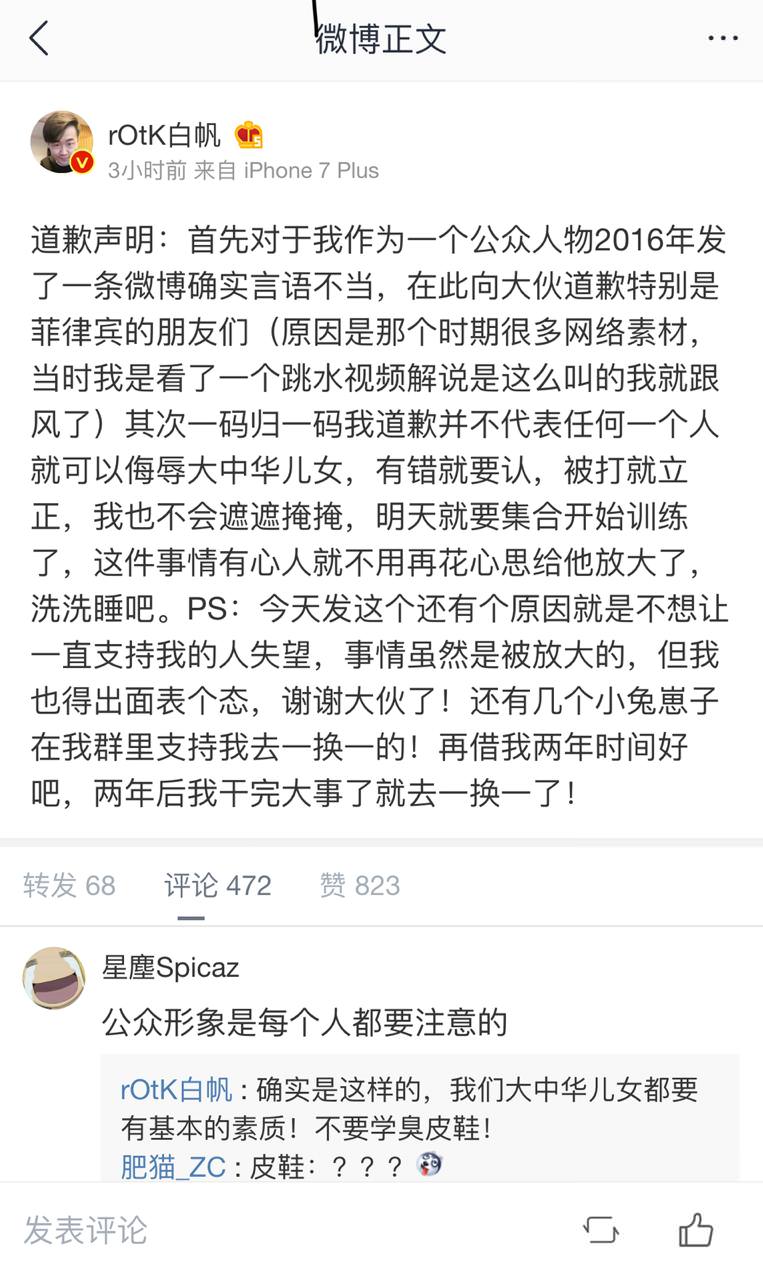 "First, I as a public figure actually used improper language during my Weibo post on 2016, I will apologize to everyone especially to the friends in Philippine (the reason being there's alot of video during that period, and there's a caster on diving video called it that way so I followed it). But one thing is one thing, just because I apologize it doesn't mean that anyone can insult Chinese, you should admit your mistake if you did something wrong, and accept your punishment, I won't be a pussy about this (referring to his mistake), tomorrow we will be starting our bootcamp, so for this incident please ignore the one who intend to make this into a drama (I'm not really sure how to translate this line).

PS: One of the reasons why I post this today is to not disappoint the ones who supported me, even though it's just someone who intend to magnify this into a huge incident, but I have to show my stand, thanks everyone! Also, for those bastard who supported to exchange me for Kuku in my group! Give me another 2 years, after 2 years when I accomplish my stuff and I will go and trade myself! (Here he is joking about the fact that VG fans want him out to improve VG's performance )"

With this apology, perhaps the Western Dota 2 community will be appeased and we can all move on from this incident.