?Ranking every TI Grand Final from the Worst to the Best

25th, Mar, 2018
There is little doubt that The International is the most prestigious title in all of esports. The culmination of an entire year’s storylines, rivalries and battles brings out the best in every single one of the players. The fact that no player has ever won two Internationals is testament to the difficulty and the level of competition each International brings.

The grand finals of each International is supposed to be the best series of the year, the battle between the two best teams of the biggest tournament of the year. However, more often than not the other matches have more hype and provide us with much closer matchups.

Here’s a run down of the grand finals of every International so far. 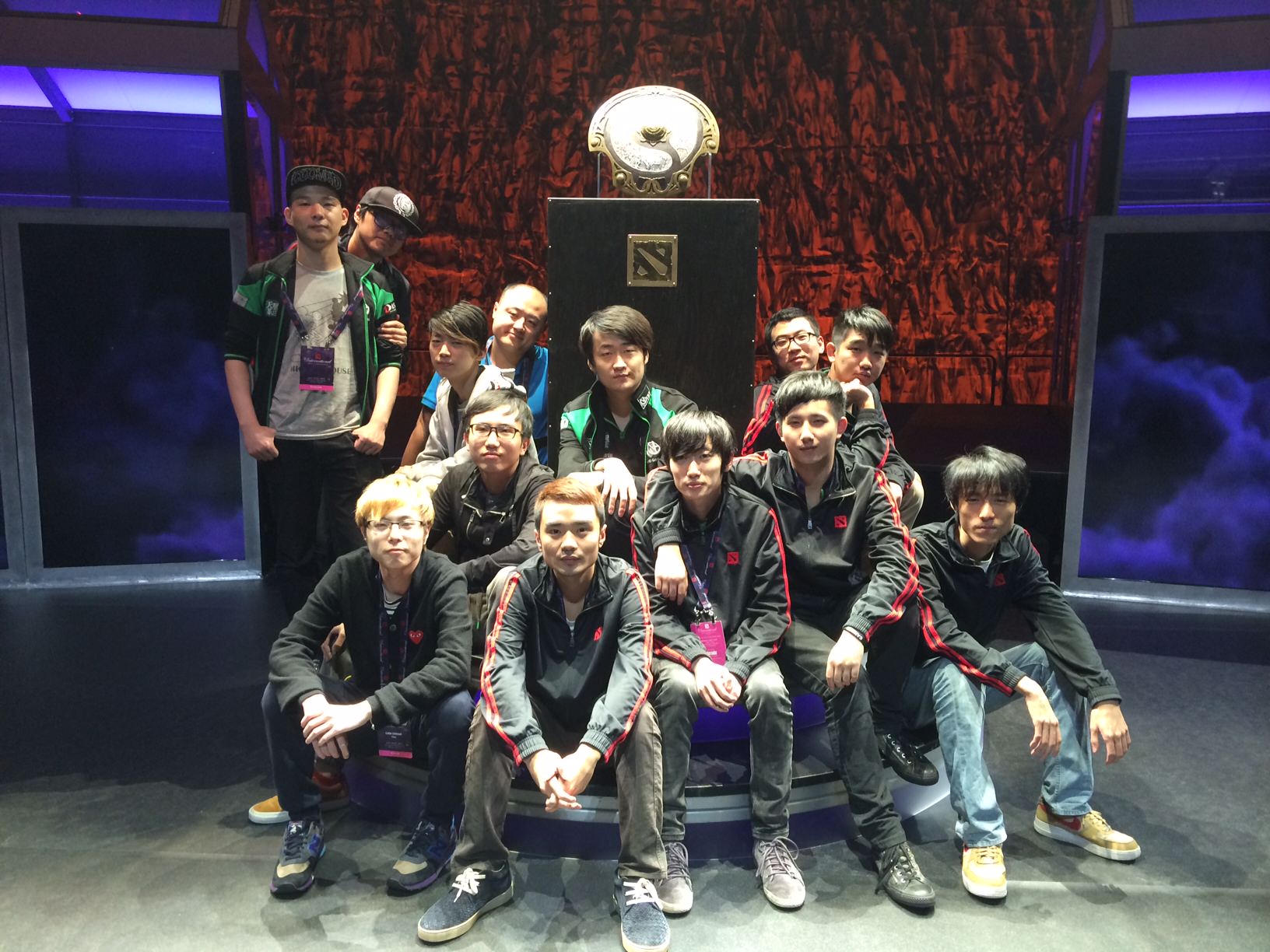 Deservedly derided for each and every one of the 2 hours and 37 Minutes it took up at the end of The International 4. The all-in mindless push meta showcased at the TI4’s Grand Finals gets more charmless by the year.

You can’t really blame any of the finalists, Vici Gaming’s Deathball strategy blew through several of the world’s best teams (EG, Cloud 9, and Team DK). So RotK’s decision to keep using the same strategy is quite understandable. Once the Director, xiao8, figured out how to counter their strategy the grand finals was an easy affair for Newbee. 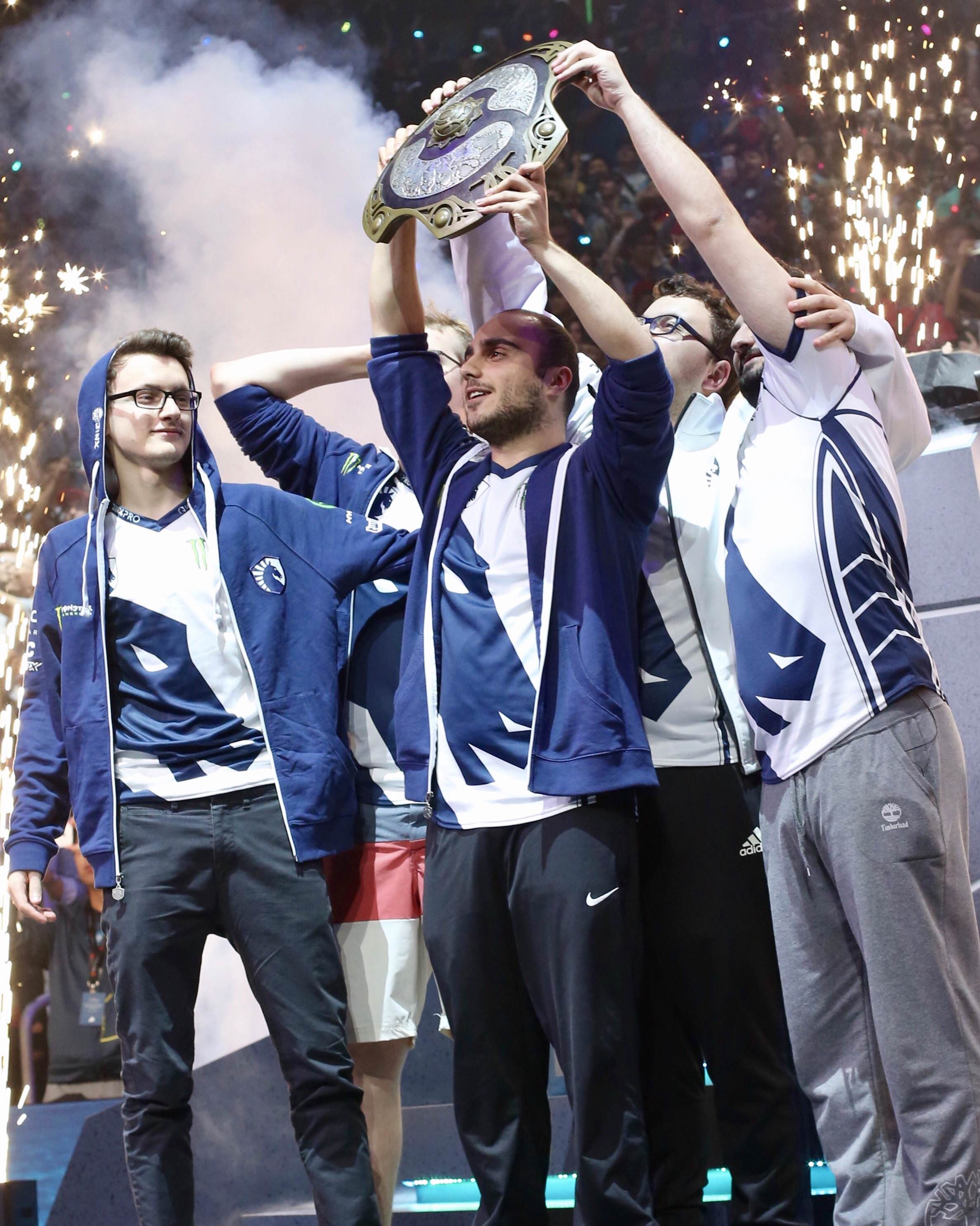 Let’s be honest, despite Liquid's stellar performance, The International 7’s grand final was very underwhelming. The first ever 3-0 cleansweep in TI grand finals history was very disappointing for anyone who wasn’t a Liquid fan.

In fact, the way in which Team Liquid dispatched Newbee leads many Dota 2 fans to say that their lower bracket match against LFY was ‘The Real Final’. And I agree, the LFY vs Team Liquid series was significantly more competitive than the grand finals.

But hey atleast we got one of the most iconic shots in Dota 2’s competitive history. 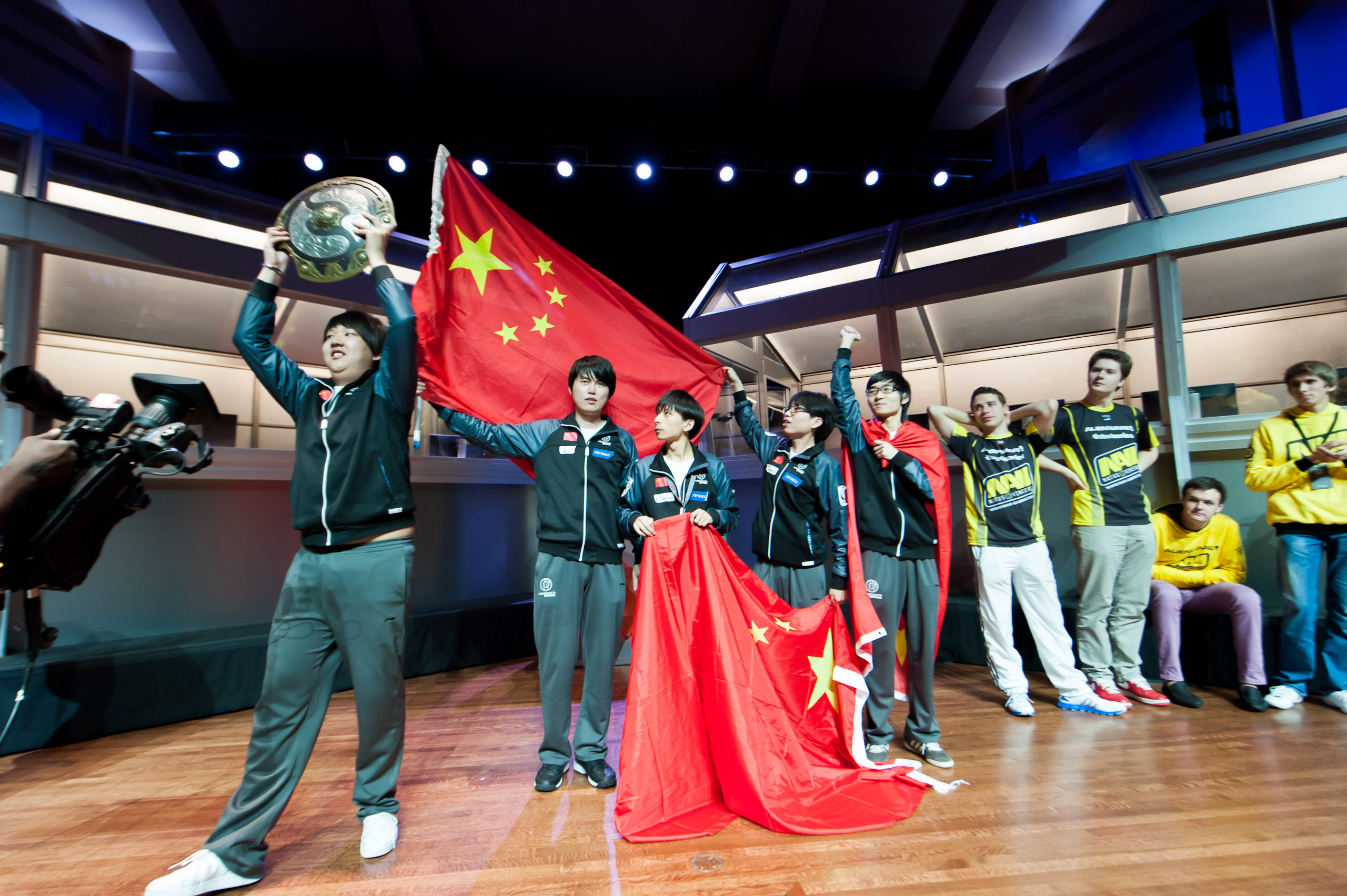 While The International 2 is one of the most epochal events thanks to the sheer number of incredible moments that Na’Vi showcased (The Play, Black Hooooole, Waow, etc), the grand finals, while still competitive, just lacked the X-Factor to make it amazing.

The meta was also relatively very narrow with Morphling vs Anti Mage being the de-facto carry matchup in this event. While both those heroes lead to exciting matches these days, the meta back in the day left us with very passive, and mundane games. 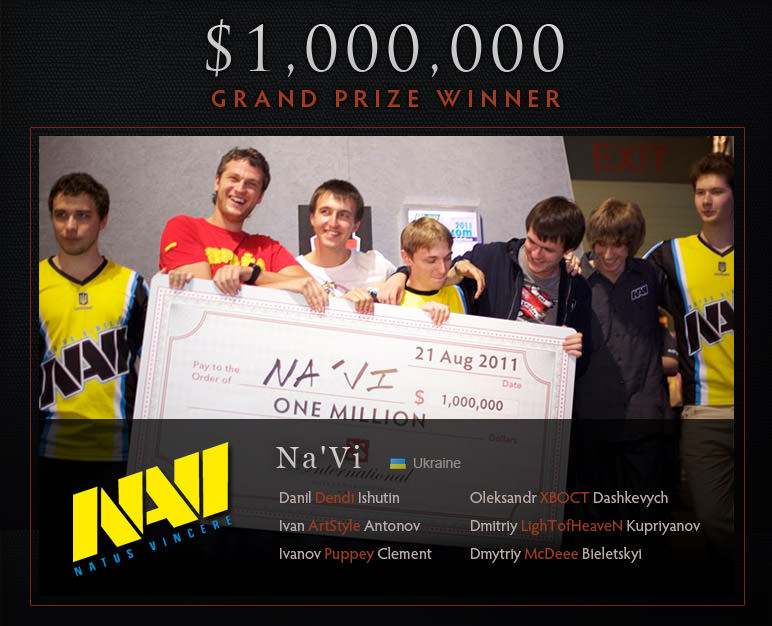 It's important not to lose sight of the astronomical significance of The International’s inaugural grand finals, but just judging the match on merit alone doesn't highlight much for the praise.

That's not to say virtually everybody out there wasn’t in fine form. The plays that both Na’Vi and EHOME’s players pulled off at TI 1 were quite decent, to be honest. But the skill-ceiling wasn’t as high as it is today, which meant that the plays aren’t as impressive as they once seemed.

But, what it lacked in action and in-game plays was largely made up by Valve's magnificent first-showing of Dota 2. At that time, there were fewer battles that represent Dota 2's unique intricacy more so than this. 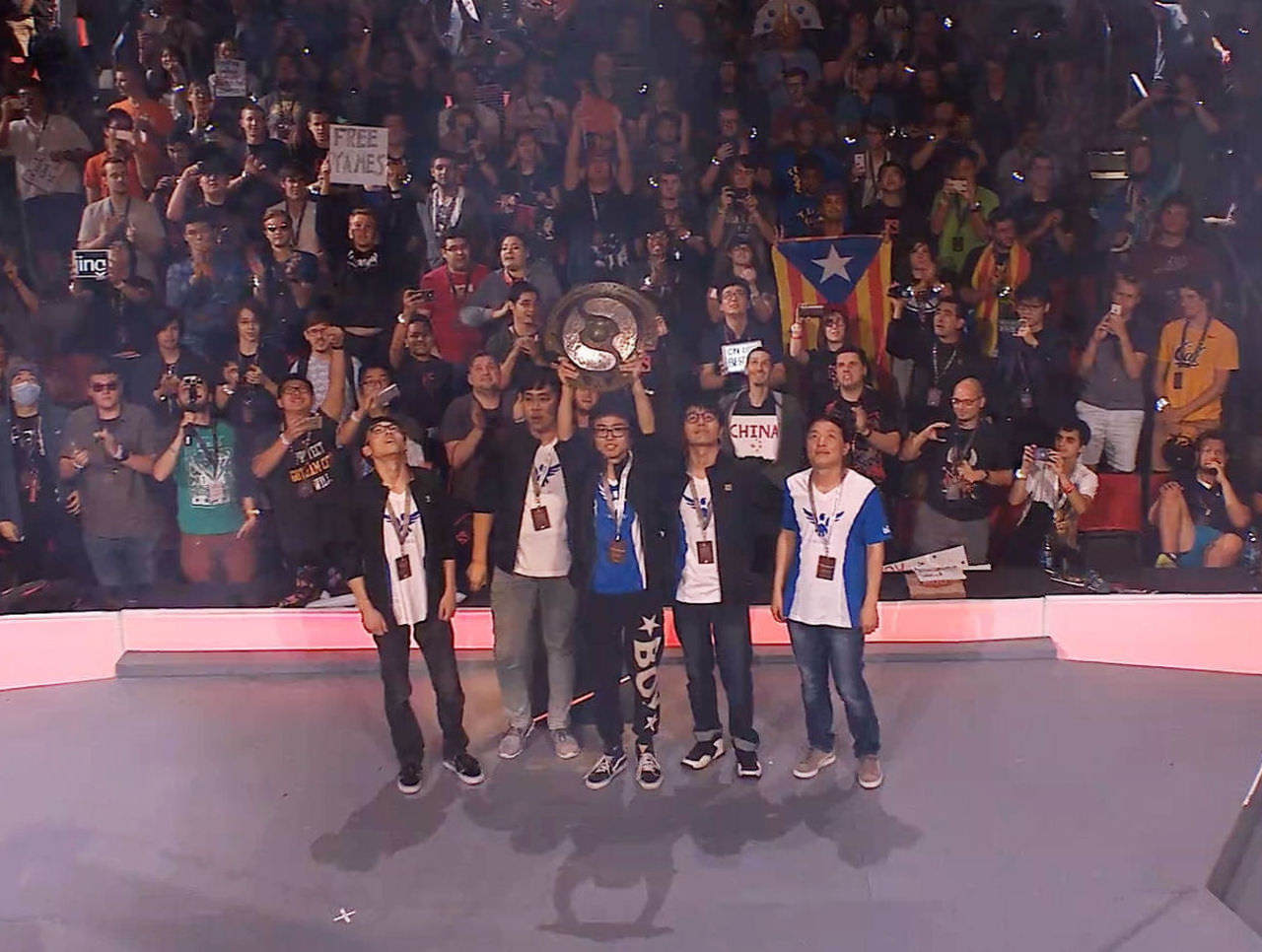 On one side there were Wings. Wings is probably my favorite ‘non-Jacky Mao’ team. The sheer absurdity of their drafts as well as the brilliance they displayed at the event made for one of the most compelling storylines of a team at an International event.

On the other side, Digital Chaos. A team who were made up of players who were basically rejected. Misery and W33ha who were booted after winning the Shanghai Major, Resolut1on, and Moo who were left teamless after their teammates left for greener pastures and Saksa who was brought in as a last-minute addition.

It was a huge clash, a true David vs Goliath battle. The game was bound to deliver and well, it did. A crazy series which saw both teams pick up a variety of cores including Techies, Pudge, Mid Jakiro amongst other heroes found it's placed as one of the best ever grand finals in The International history. 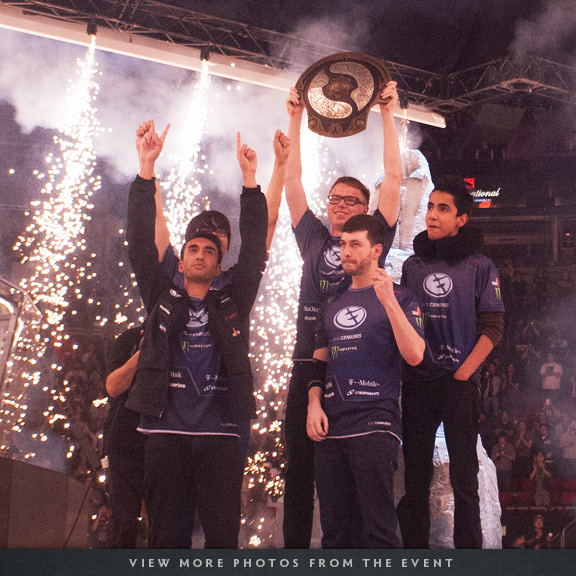 North America’s first-ever appearance at the grand finals provided us with one of the best series of not just The International, but in Dota 2’s competitive history.

While Suma1L going berserk was a consistent part of the series, CDEC’s perseverance through Aggressif’s incredible carry play ensured that the series remained competitive throughout. And of course who could ever forget what is possibly the most famous clip in esports.

Universe and PPD’s championship-clinching play, The $6 Million Dollar Echo Slam, was the conclusion to an epic season which saw several storylines including the rise and fall of Team Secret 2.0 amongst many others. 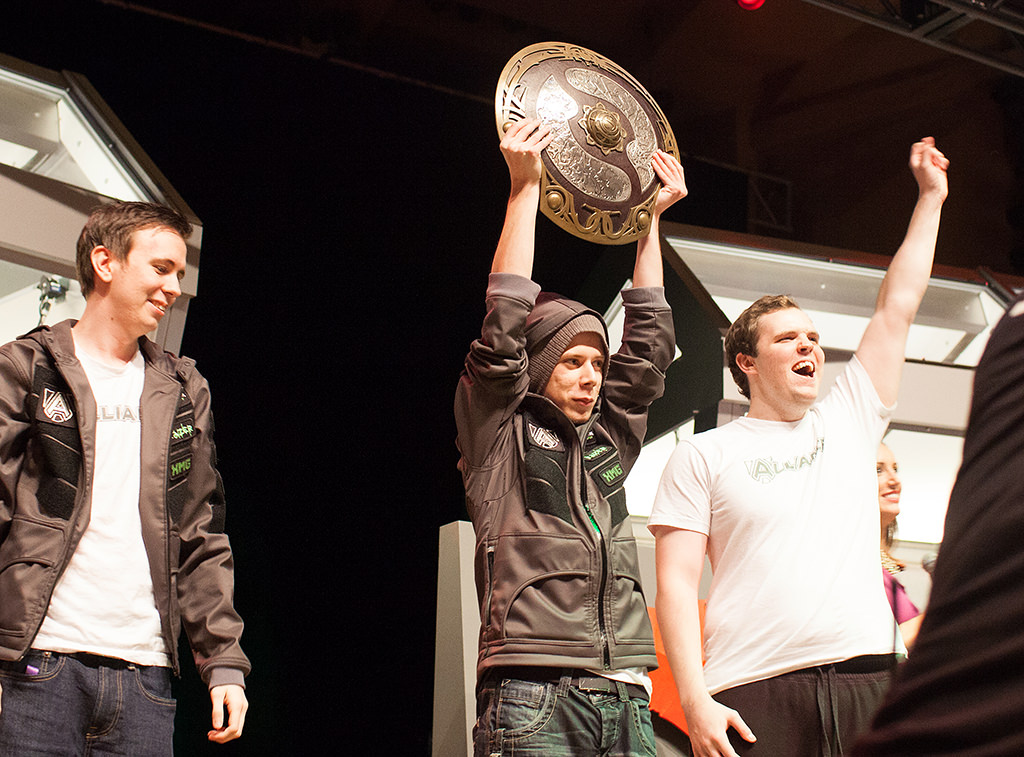 The Alliance and Na’Vi had long established that they were the two best teams in the world by big margin before they actually got to the grand finals of the International 3. Most Dota 2 fans predicted and wanted this matchup in the grand finals. But not even the most die-hard of fans could have predicted this match to be so intrinsically era-defining.

A knackering and bloody fight, the two most iconic teams in Dota 2’s history tore into each other with a vim that hasn’t been seen since then. Whilst they would face off against each other countless times again, it was never as razor sharp as at The International 3 – grand finals.

The fact that it still remains as the only TI grand final match that has stretched to 5 games stands as a testament to the fact that it is the best series in The International’s history and perhaps even the entirety of Dota 2’s competitive run.

All Pictures were sourced from Dota2.com