Yesterday saw several major developments in the roster shuffle department, with a few teams confirming their rosters for the next season and a few more debunking some of the rumours we posted earlier yesterday.

Here’s a brief rundown of these recent developments.

1. Winstrike confirmed our speculations by tweeting that they’re sticking together for the upcoming season. 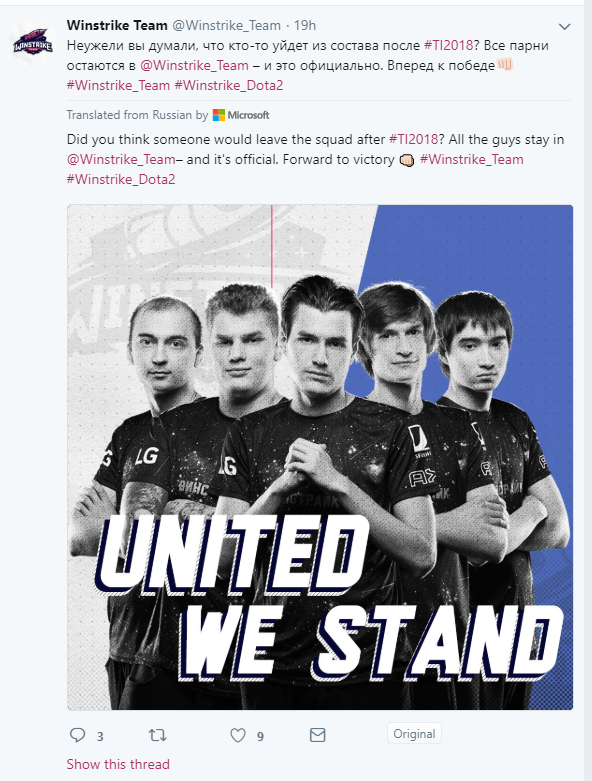 2. Complexity debunked rumours of the EE-Skemberlu-Moonmeander-PPD-Zfreek roster by releasing Moonmeander earlier today. But our sources still say that EE and Skemberlu will be picked up by the NA team for the upcoming season.

Wishing @MoonMeanderated the best of luck for the next season. Love working with him, and I'm sure we'll do so again in the future.


1. MP is currently trying out for Fnatic, despite what our previous rumours might indicate.

2. Mineski is looking to build a new roster around Mushi, once again.

3. TNC Tigers look like they won't undergo any roster shuffles for the upcoming season.
About UsContact UsServicesRSS
DisclaimerAdvertise With UsArchiveEditorial Team