Well, we saw it coming, the terror of Squee Spleen and Spoon will no longer be restricted to the plains of All Pick, Single Draft, etc in the realms of our pubs. Techies is all set to rule over the professional scene as well, after Patch 7.14 enabled the hero in Captain’s Mode as well. Now, for the first time in Dota 2’s history every hero on the roster is enabled competitively.

But, that is not the only change in this patch, in fact, this is one of the bigger bi-weekly patches with changes affecting 22 items, over 60 heroes and one gameplay change which turns the offlane to a good ol’ suicide lane. Here’s the full list of patch changes

But what are these biggest changes of em all? Read on to find out. 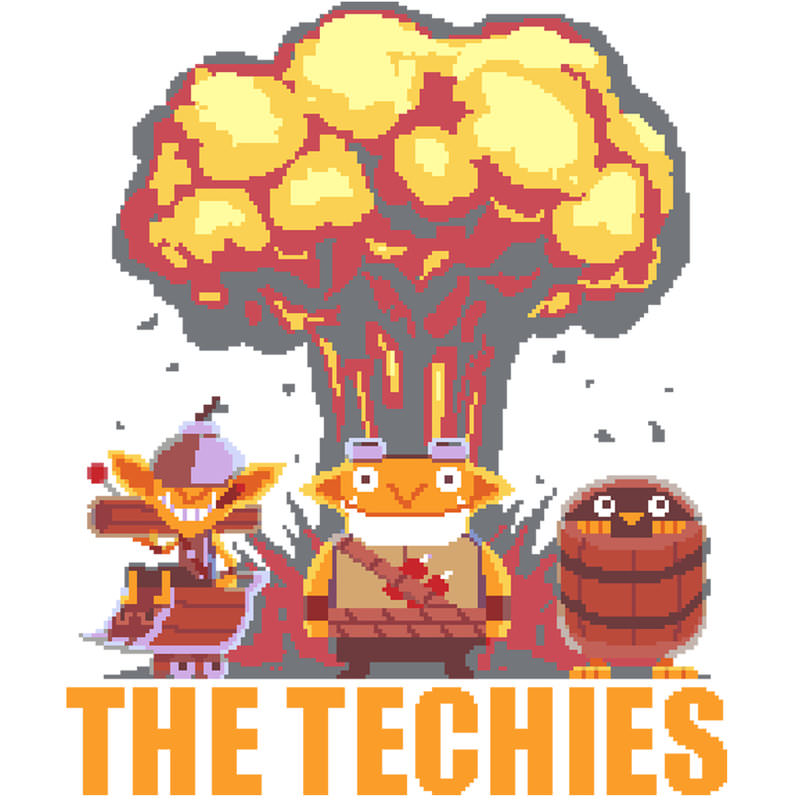 We already gave a mention for this change in the introduction. But hey the dude’s been out of Captain’s Mode for over 500 days, he deserves a section. So how will Techies affect the current Dota 2 meta? Well, for starters, probably not as much as the hero once did back in 2015 where Evil Geniuses used the threat of picking the hero for Kurtis ‘Aui_2000‘ Ling to win The International 2015.

As discussed in our previous article, Techies is not an unbalanced hero (As evidenced by the hero’s debut in the coL vs FlyToMoon game). If anything, Techies needed a buff before being added back into the competitive hero pool. But, then again, we don’t really know for sure. The sample size for Techies has been relegated exclusively to pub games, where the level of play is completely different from professional games, even amongst those played by the game’s most skilled players.

However, for now, the hero doesn’t deserve a first phase ban/pick considering the pace at which the game is being played in the current meta. Having a passive support like Techies will most likely cost the team in the early-midgame stages unless the hero snowballs completely. 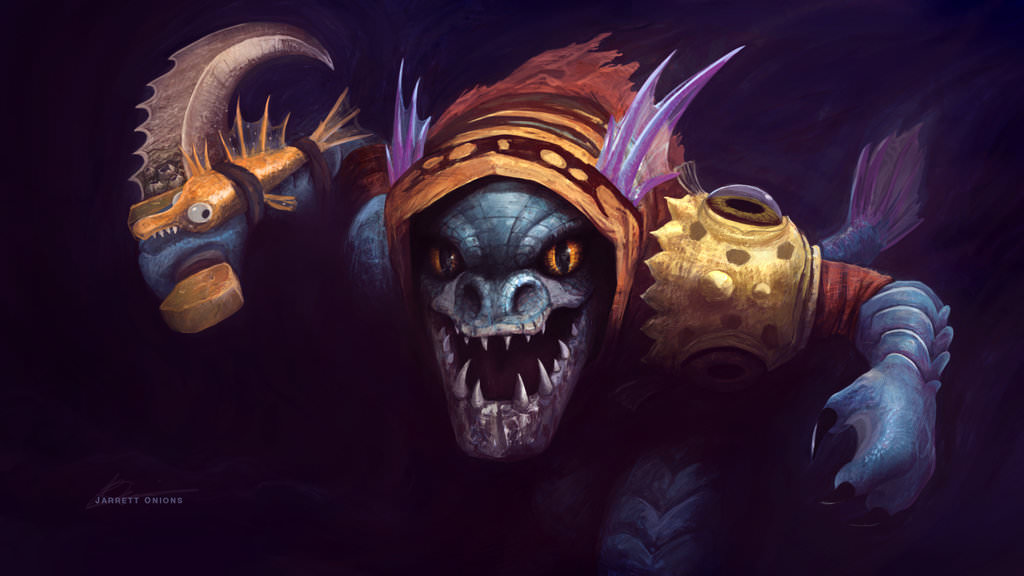 After the 7.07 patch which made Hex no longer being dispellable, Slark completely fell of the radar only being picked up in very niche situations. But it looks like Icefrog has finally decided to cut Slark some slack, as it seems like the hero is on the up-and-up.

He has seen buffs for multiple patches now, and the latest Dota 2 update gives him a whole lot more staying power in the lane (increased HP regen from 2.75 to 3.25) and kill potential(increased Shadow Dance movement speed from 30%/35%/40% to 30%/40%/50%). This combined with the nerfs to the offlane could see Slark come back into the meta.

We’ve already seen Slark’s win rate and pick rate go up by a noticeable amount in high-level pubs because of the changes. Really, it feels like it’s just a matter of time before pros pick up on this hero and we’ll have the notorious fish man, feeding on supports in pubs. 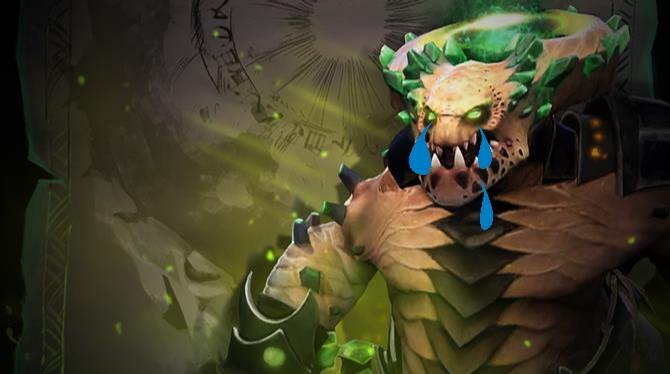 Sometimes, I wonder if Icefrog has recently become a safelaner, and vehemently hates offlaners who manage to get some semblance of farm/levels in the laning stage. The fact that he removed Iron Talon/PMS, Removed XP from Bounties, and now the change to offlane creep is slowly confirming my suspicions.

Offlaners often relied on getting the first enemy wave to cut across the jungle and under their tier 1 to get to level 2. But with this change, that trick can be crossed off. This sort of puts a bit more emphasis on the 2-1-2 lane formation as a solo offlaner is going to have a tough time getting XP. Better get those sentries early to block off the pull camp!

This is also a low-key buff to offlaners/4-position heroes like EarthShaker, Tusk, and Clockwerk who all have skills that influence the creeps’ pathing. An interesting thing to note is that Axe’s Berserker’s call goes through this creep-aggro, but hey if my offlane Axe levels up that skill in the first level. I am already chalking that up as a loss. 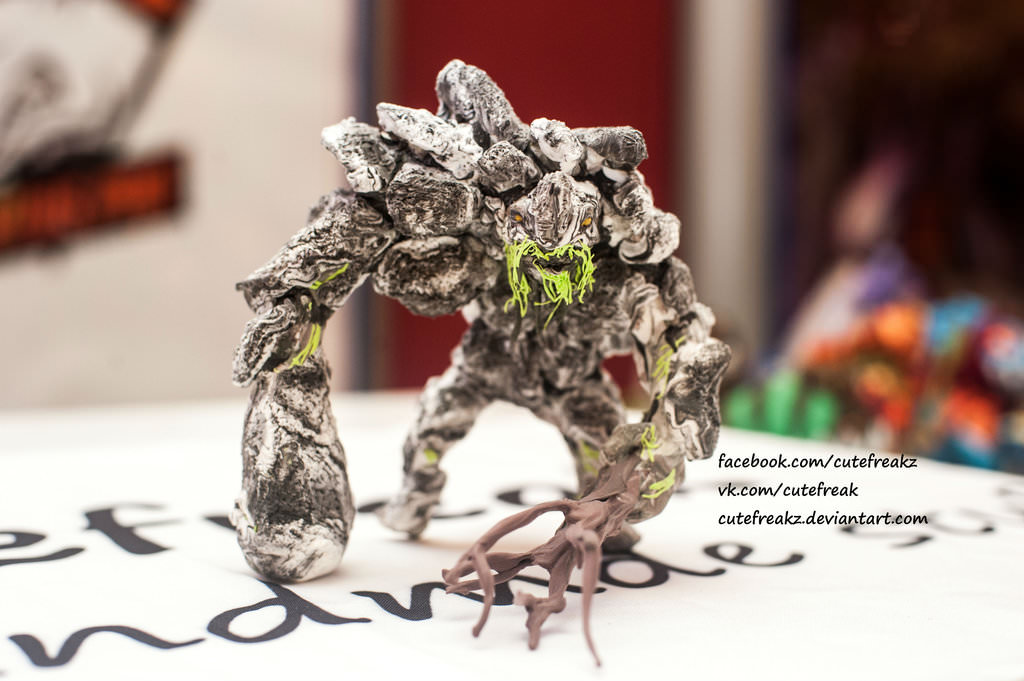 Considering that these three have consistently been among the top picks over the past few tournaments, the nerfs that came with the latest Dota 2 update was pretty much expected. Witch Doctor is no longer that much of an autokill machine during the laning phase with the increased cooldown of Maledict at lower levels.

Meanwhile, Underlord should no longer turn any lineup he is in into a Roshan lineup. This because Firestorm no longer deals damage to Ancient Creeps, including Roshan. Finally, Tiny’s cleave damage from Tree Grab; 7.14 rescaled the skill to cleave only at 30/40/50/60 instead of a flat 100. This should see Tiny drop off from the 1,2 position roles and valued more as an offlaner or maybe even a roamer with insane burst potential.

All in all, these three heroes should see less priority at least at EPICENTER XL, which hopefully gives way to other picks to enter the competitive meta.

What do you think of the latest Dota 2 update? Which heroes do you believe will emerge on top of the competitive meta at EPICENTER XL? Be sure to let us know your thoughts in the comments down below.