Another Chinese team bites the dust as Team Serenity ran headfirst into a #Greenwall in the lower brackets and have now been eliminated out of the competition in 9th-12th place. PPD’s OpTic Gaming bounced back from their upper bracket defeat at the hands of Team Liquid by taking a clinical 2-0 over Team Serenity. The win brings back memories of TI5, the legendary NA captain, PPD beat 2 Chinese teams on his way to the title.


PPD’s draft looked really strong against what Serenity had to offer and each piece of the puzzle came together as the game unfolded and allowed Optic to take comfortable win. 33’s Brewmaster dominated the offlane taking away whatever little early game zhizhizhi’s PL had. CCnC’s Storm Spirit won his lane as well setting up Optic for a good mid game. 33’s dominance meant Serenity had to dedicate a lot of resources to help the PL which allowed CCnC and the rest of Optic to find pickoffs and stragglers and led to a significant gold and XP lead. Serenity still had the right tools to deal with Optic but they lacked in execution made difficult by the fact that CCnC and 33 made the fights so chaotic. Eventually though, with Pajkatt’s items, Haunt allowed Optic to take convincing teamfights and Serenity were forced into calling the gg as CCnC ended the game with 16 kills and 0 deaths. 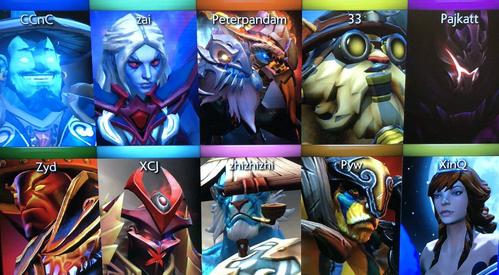 
In game 2, Serenity had the correct ideas with their draft but were massively outplayed by Optic. Nerves got the best of Serenity as individual mistakes from the core players in teamfights cost them heavily and set them further and further behind. Zai’s Nyx Assassin was instrumental for the NA side as he scouted and started fights for his team and was always in the right place at the right time. Falling behind, Serenity still had the heroes to take the game late but Optic never gave them the chance carefully carving out the win by taking all 3 lanes and forcing the gg call.

OpTic Gaming show that they can play some beautiful Dota and are deserving to be a top 8 team. For Team Serenity it’s been an epic journey, all the way from the Open Qualifiers to the main event but a mediocre group stage followed by a sub-par showing against OpTic marks the end of the road for them.