One for the history books

11th, Aug, 2016
Earlier this year the England football team were knocked out of the Euro’s by Iceland, a country ranked much lower than them in what was called the upset of the year. But what happened yesterday in the lower bracket of The International 2016 will surely be going down as one of the biggest upsets in eSports of all time. 2 time Major champions OG had come to the International in top form after a very successful season and no one in their right minds would have placed them anywhere but the top 3. However in a meta where strats and heroes are only good depending upon execution rather than upon being overpowered, OG found themselves on the losing end of 2 drafts by SEA team TNC.

Despite their stellar group stage performance, OG found themselves knocked down to the lower bracket on day 1 after MVP and QO’s PA ran them dogged in a 3 game series. Many thought that this was a one off series and the green dream was as real as ever and with them going up against potential underdogs TNC Pro Team, it was largely expected to be a quick 2-0 whitewash for Miracle and company. But TNC’s journey to TI6 has been nothing short of extraordinary as they fought hard through the SEA Open Qualifiers, eventually beating Indian side Beyond Infinity in the finals to secure themselves a spot in the SEA Regionals. Once there, they decimated all competition including fan favorites Fnatic to top the group and secured themselves a slot in The International 2016. At TI6 they started off in group A, arguably the harder of the two groups and where many expected them to do horrendously, they showed some immense potential, grit and talent, missing out on a UB slot by just a single point. 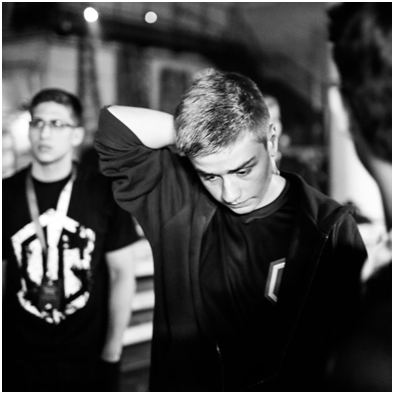 TNC started off in the LB at the main event having to go up against VG.R in a very tricky bo1 series but pulled through on the back of Raven’s massive performance on TB. Many thought that a top 12 finish was the best TNC would achieve and with them going up against OG, it looked to be an uphill battle for them. But as they say “When the going gets tough, the tough get going”; And that is exactly what TNC did. In game 1, the Phantom Lancer and Naix played by Kuku and Raven were on point as Miracle’s Medusa was having a tough time dealing with the mana burn coming out of the PL’s Diffusal . To make matters worse, Notail had a torrid time on his Drow Ranger finishing the game with a score of 1 kill and 8 deaths. But hi Aghs Mjolnir build coupled with Dusa’s Split shot allowed OG to extend for almost an hour before TNC broke through to claim victory in game 1. In game TNC 2 picked up the infamous Huskar and while OG were playing well, the Huskar + Drow combination along with the Void lockdown was too much for OG to handle even through the Io heals and saves. Miracle eventually had to resort to buying a Divine Rapier and once it fell, there was no coming back as OG called the gg at around the hour mark.

TNC’s performance was exemplary with some nice drafting and execution netting them a very crucial win over favorites OG. This win takes them to the top 8 a feat, no one thought they could achieve. For OG and Miracle it will be a disappointing end to a brilliant season and we hope they stick through and make a strong comeback next year.


Elsewhere, in the Upper Brackets, we witnessed two clinical performances. First up were Ehome who ripped through Alliance in 2 seemingly easy games on the back of some clinical and downright incredible execution despite Alliance drafting well in both games. Returning champions EG also took one step in the right direction and we saw TI. Sumail went absolutely ham in game 1 as he single handedly ripped apart Newbee with one of the best performances on his signature hero Storm Spirit. In game 2 Universe showed just why he is still one of the best offlane Void’s ever as his Chronosphere comboed with Zai’s Elder Titan shut down Newbee, relegating them to the lower bracket. 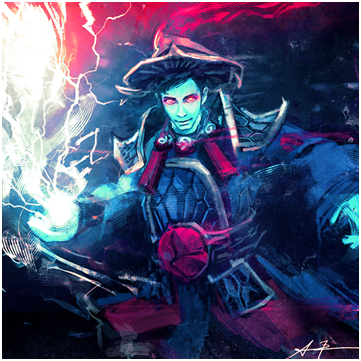 Last up was the LB knockout series between LGD and DC and where ex teammate Puppey had failed, Misery succeeded, leading his side to a calculated 2-0. It’s the end of the road for TI4 winning captain Xiao8 who were already playing without their regular teammate Sep, who had failed to secure his visa, instead having to do with stand in Banana.

As usual day 3 has for us, some very exciting matchups, especially both the UB semi finals. The winners will be guaranteed a top 3 finish in TI6 and 2 very exciting bo3’s lie in wait : Wings VS MVP promises to be a bloodbath while Ehome VS EG should see the very exciting ‘East’ Vs ‘West’ battle. In the LB, Swedish boys Alliance go up against Mushi’s Fnatic. Will Fnatic be able to replicate the success of their SEA friend TNC? Also on the cards is the knockout match between TI4 winners Newbee and Kuroky’s Liquid both of whom were expected to make top 6.
About UsContact UsServicesRSS
DisclaimerAdvertise With UsArchiveEditorial Team