Ohaiyo get Pizza Partied once again; Now out of LFY

14th, Mar, 2018
One month after this year’s roster lock and two months after the now infamous ‘Pizza Party’. Chong Xin “Ohaiyo” Khoo has been kicked from a team once again. This time from Chinese juggernauts LFY.

Here’s a screenshot of LFY’s Weibo post explaining why they removed Ohaiyo from there active roster. 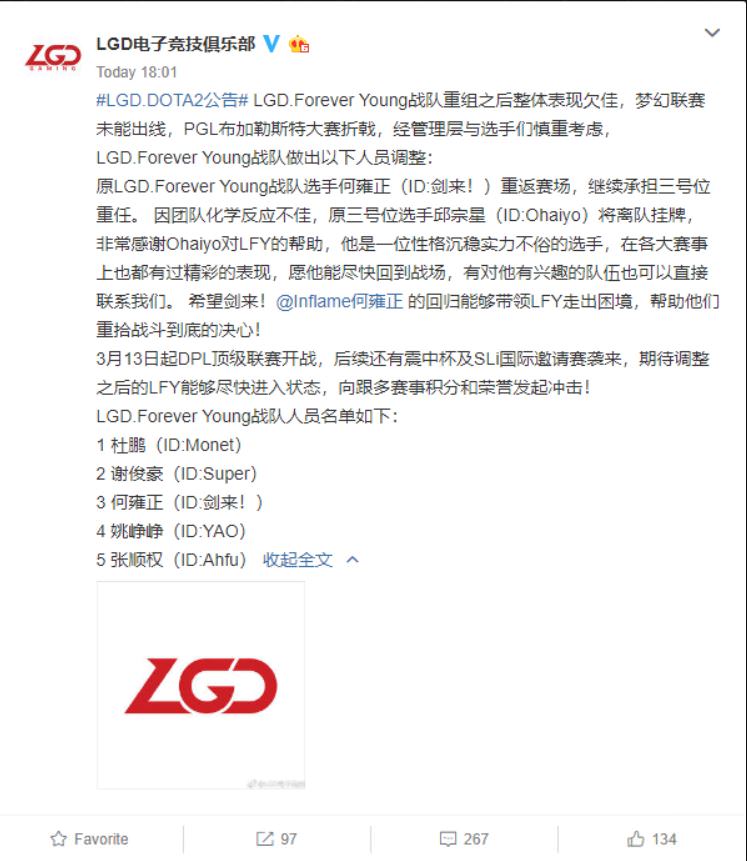 This says that: LFY’s performance with the new roster did not really meet the expectations of their parent organization, LGD. They haven’t even won any regional qualifiers with their new squad. Comparing this to the squad that finished in 3rd place at TI7, the manager and players have decided to get back Yong “Inflame” Zheng.

This, of course, meant that Ohaiyo will be dropped from the squad. LFY’s management has wished Ohaiyo the best of luck and has instructed any team who is interested in Ohaiyo to contact LFY’s manager.


This roster change also means that LFY is no longer eligible for any invites to DPC events as well as TI8. Where do you think Ohaiyo will end up? Will he remain as a player or take up a coaching position?

Stay tuned to AFK Gaming to keep yourself updated.
About UsContact UsServicesRSS
DisclaimerAdvertise With UsArchiveEditorial Team