The open qualifiers witnessed participation from 34 Teams in a BO1, single elimination bracket with the exception of the decider matches which were BO3s.

After some incredible initial matches, the 16 contenders left were divided into 2 groups of 8 teams each.

This is how the open qualifier unfolded: 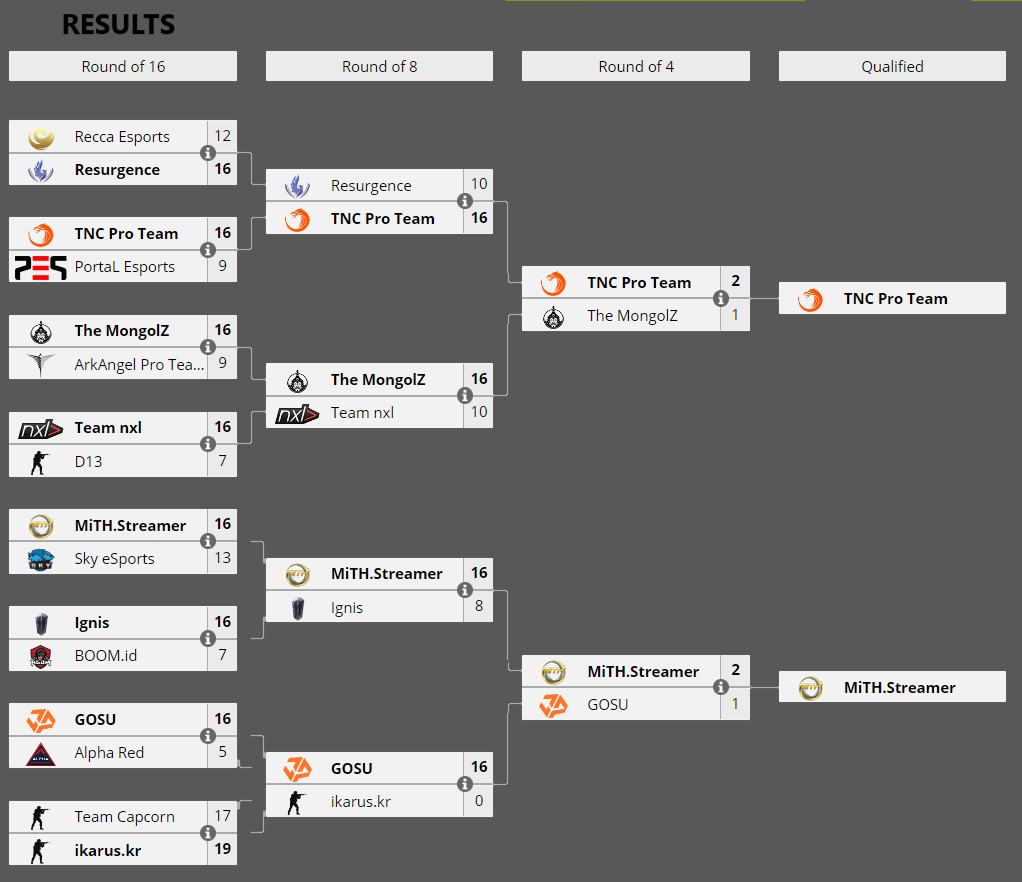 The first group saw TNC Pro Team making it all the way till the end by after finally facing off against The MongolZ in a closely contested BO3 match-up while the second group witnessed another BO3 match being played on even steppings, going the way of MiTH.Streamer who were up against GOSU.

Both TNC Pro Team & MiTH.Streamer qualified for the closed qualifiers.

The closed qualifiers showcased a combination of 6 directly invited teams along with the 2 teams from the open qualifiers. The qualifiers followed a BO3, double elimination bracket with a BO5 grand final.

The invited teams for the event were as follows:

This is how the closed qualifiers progressed: 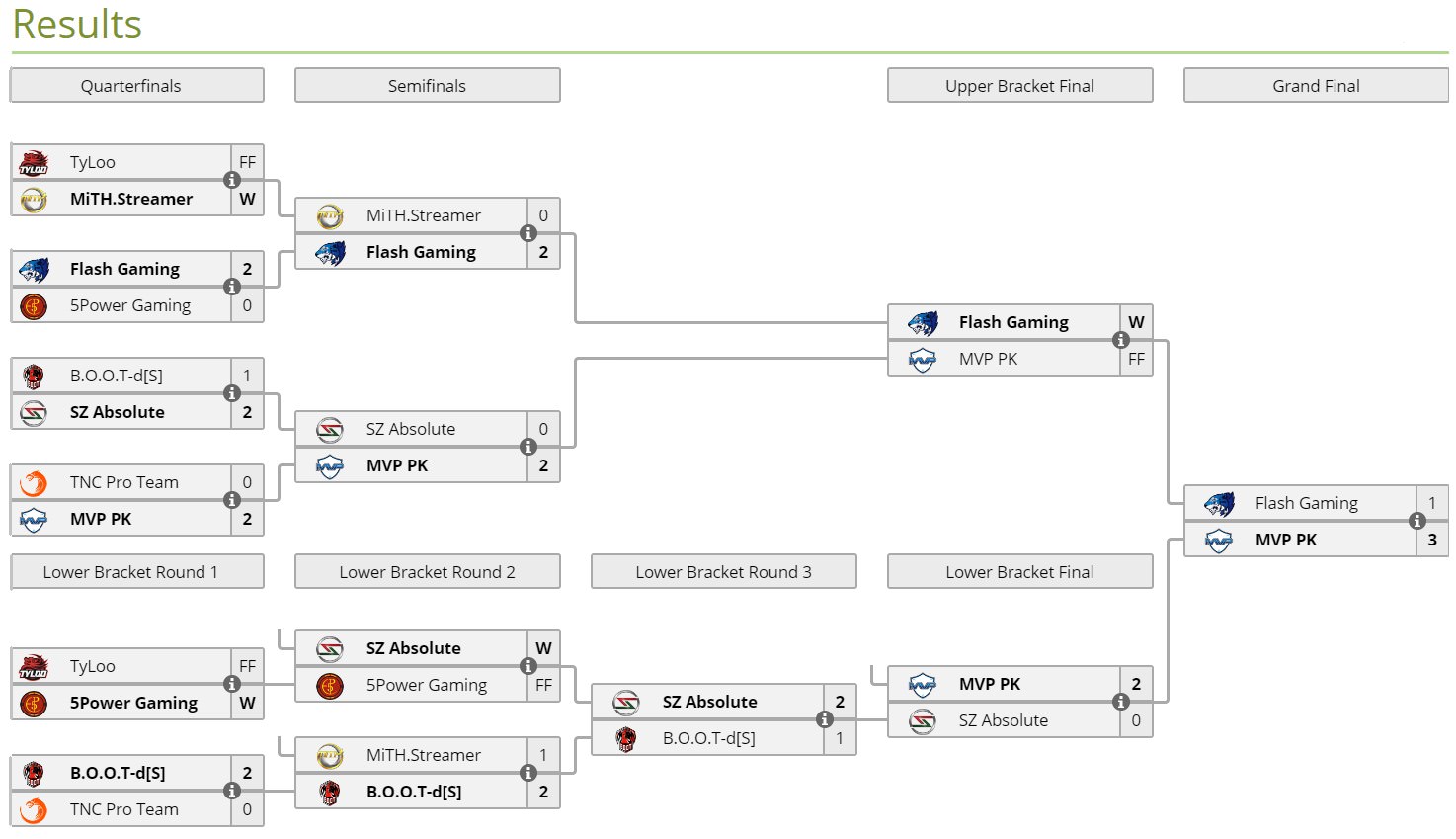 The closed qualifier witnessed multiple teams forfeiting their matches as there was a clash in the schedule due to the StarSeries Asia Qualifier taking place simultaneously.

What made the grand final between Flash Gaming and MVP PK interesting was the fact that although MVP forfeited their match against Flash in the upper bracket final, they continued ahead by fighting through the lower bracket final against SZ Absolute winning the BO3 in a dominant manner to face Flash again.

The grand finals saw Flash losing to MVP as the latter cruised through the BO5 series winning 3 in a row despite Flash having a 1 game advantage on account of them coming through the upper bracket.

MVP PK won the Asia Qualifier and will be the only team representing the region in the Intel Extreme Masters XIII – Chicago.

Congratulations to MVP PK who fought valiantly, taking the challenge head-on and coming out on top all guns blazing. Stay tuned as we explore the best of CS:GO at IEM XIII – Chicago.