MPGL is back with 11 countries this year

25th, Mar, 2018
Mineski Pro-Gaming League pits the best Dota 2 teams from 11 countries all around the SEA region against one another for a ton of prize money, an opportunity to showcase their skills, and—most importantly—bragging rights. It's one of the largest non-DPC tournaments in the SEA region, and after a brief hiatus, it's back for another year. 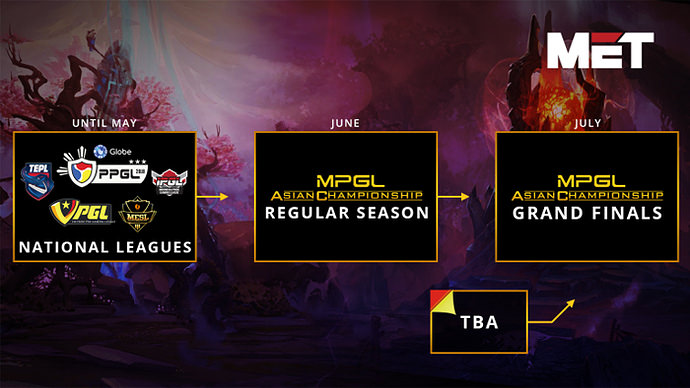 The 2016 edition of the tournament was a huge success. It included 10 of the biggest teams from all across the SEA region including Fnatic, Mineski, and MVP Phoenix, but this year, there's even more teams and a lot more action.

The eleven countries competing this year are Indonesia (IPGL), Malaysia (MESL), Thailand (TEPL), Vietnam (VPGL), India, Australia, Cambodia, Singapore, Myanmar, Laos, and of course the Philippines. The competition to determine who will represent each country in the MPGL Asian Championship has already begun and concluded in the first 4 of the aforementioned countries with the Philippines’ concluding this weekend. The rest of the 6 countries are yet to unveil their own national championships which will determine their gladiators.

The national leagues will conclude by the end of May after which the winners of all these national leagues move on to the regular season of MPGL Asian Championship this June, with the top three teams moving on to the Grand Finals, to be held in Thailand later this year.

Last time out, Execration defeated MVP Phoenix 2-0 to win the championship, but it's safe to say that this year there will be a lot more competition. Without many other top SEA focused tournaments coming up, the MPGL should command a large audience of SEA Dota 2 fans when the competition begins later this month.
About UsContact UsServicesRSS
DisclaimerAdvertise With UsArchiveEditorial Team