?Mineski, Fnatic and TNC knocked out of ESL One Genting 2018

There were high expectations from the tournament with it being the first in the SEA region for DPC 2017-18, (Galaxy Battles fiasco) but with quite a bit of controversy surrounding the coverage, it certainly has had its talking points. But above all, there was some great Dota to be watched with teams like Secret and VP all in full glory and fan favourites Navi doing quite well in the group stages.

It was a disappointing tournament from Fnatic who did come into the tournament with renewed hope after acquiring TI5 winner, Universe. Things, however, did not go their way and they only ended up winning a single series, that too,  a bo1 against Complexity. Their next match was against Secret, the current leaderboard toppers who showed no mercy taking the series 2-0. Fnatic found themselves in the lower bracket, fighting for survival against Vici Gaming and despite taking the win in 91-minute game 2, they were unable to keep up in the third game, conceding the series 2-1.

Fnatic tried some of the strats they have been using in the recent qualifiers and despite EE having found out a winning formula in the quals, Fnatic wasn’t able to execute the same against better opponents and finished 9th-12th in the tournament.

TNC try all sorts of things, but unable to get past the group stages 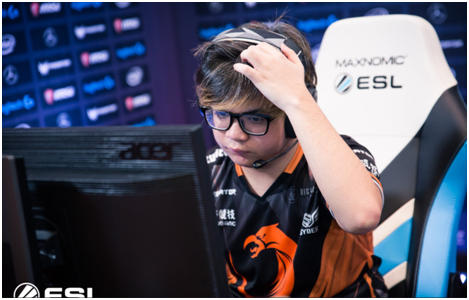 Source: @ESLDota2
TNC suffered a similar fate as Fnatic, winning their first series and then conceding all the subsequent ones as they too finished 9th-12th at Genting. They tried a variety of strats and drafts but none worked out too much, as they got whitewashed by both Newbee and EG. They pulled out a bunch of new heroes every game especially on Raven and Kuku but it was clear that it wasn’t just the drafts that TNC need to work on at this point.

An early exit for Mineski

A great performance by @iceiceicedota on the offlane Chen but it wasn't enough. This is the end of @MineskiProTeam run at #ESLOne Genting 2018. GG! pic.twitter.com/jaUHg79wVP

The number 1 team in SEA had a bad time in Genting and while they took a convincing series against LFY, their early loss to TNC put them in an awkward spot that they never managed to recover from. In the final series against Navi, Mineski managed to take the first game off of Mushi’s SF, but once Navi stopped experimenting with their picks, Mineski just looked like the inferior team. Games 2 and 3 were convincing victories from Navi, and Mineski will have to get back to the drawing board if they are to keep challenging consistently at an international level.

All 3 teams from the SEA region finished in the 9th-12th position and will have to watch the playoffs from the stands.