19th, Mar, 2018
Yesterday it was Fnatic and EternaLEnVy, today its TNC Pro Team and Mineski. The GESC organizers are receiving public backlash from SEA teams regarding their next event —GESC: Thailand – Dota 2 Minor.

Following EternaLEnVy’s public statement, GESC: Thailand made a decision to postpone the SEA Qualifiers (Which was supposed to Kickoff tomorrow) to a later date. This, however, hasn’t sat well with TNC Pro Team and Mineski who made the following posts on their social media accounts denouncing the decision. 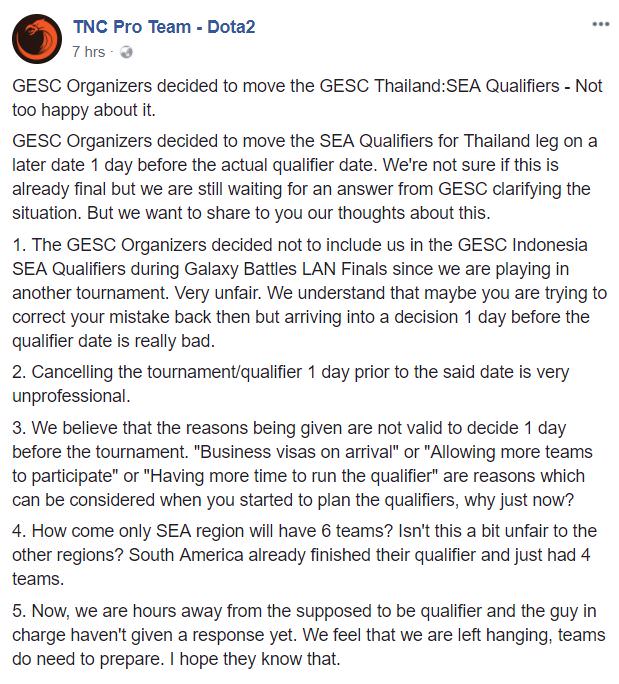 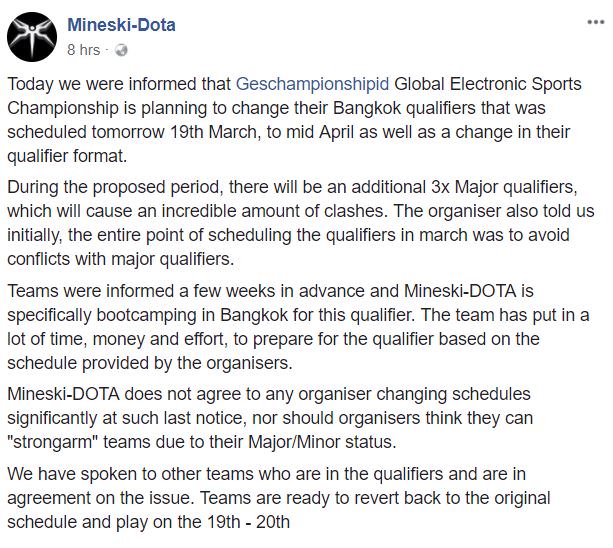 EternaLEnVy for his part has responded to the social media posts made by TNC Pro Team and Mineski.

It’s rather unfortunate that GESC is facing such flack after just managing to organize one hell of an event in Jakarta, Indonesia.

Some have argued that all 3 teams, Fnatic, TNC Pro Team and Mineski could have handled this with the GESC organizers behind closed doors.

An Open Qualifier slot or an invite for Fnatic might have also prevented this from escalating to this level. Perhaps its time for Valve to step up and issue firm guidelines for events to have at least one open qualifier slot in all the regional qualifiers.