2014 World Cup winning footballer, Mesut Özil’s esports team, M10Esports has announced the signing of Indian FIFA player Siddh ‘jenasid’ Chandarana. It’s a big opportunity for the 18-year-old, who will now have a bigger platform and more eyes on eyes him as he tries and takes his talents to the next level. 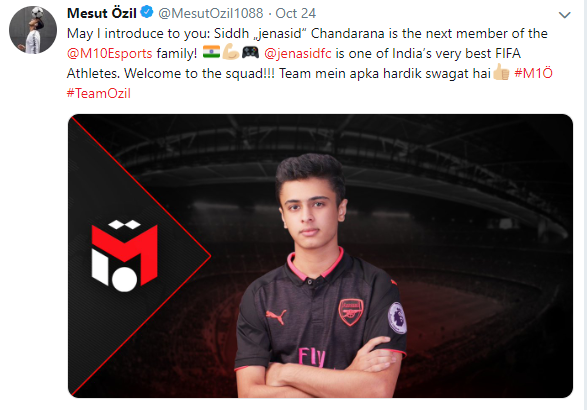 The Arsenal midfielder is an active and avid gamer who has been streaming Fortnite on Twitch of late and has even teamed up with his Arsenal teammates on live streams. The M10Esports organization currently has both Fortnite and FIFA players as part of their active roster. The popularity and reach of Mesut Özil has even allowed the org the luxury of 2 big name sponsors in beats and Adidas. 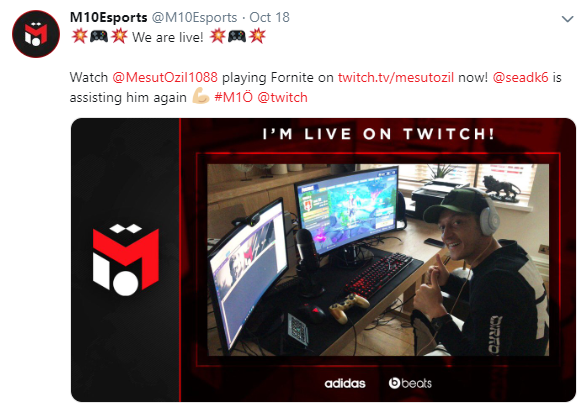