One of the newer mechanics introduced in Dota 2, is Status Resistance. While the mechanic was there in the previous iteration of Tiny’s ability - Grow, the fact that any hero can now build status resistance with the help of items means that it will definitely need to be studied further to understand when and how we need to build it and how it interacts with different skills.

What is Status Resistance?

So, for example, consider a level 25 Ursa who has taken the 80% Status Resistance talent and activated Enrage and has a Satanic. Now, Ursa’s ultimate gives him 80% status resistance while Satanic gives 30%. Ideally, he should have 110% SR but if we use the formula:

How do we build Status Resistance? 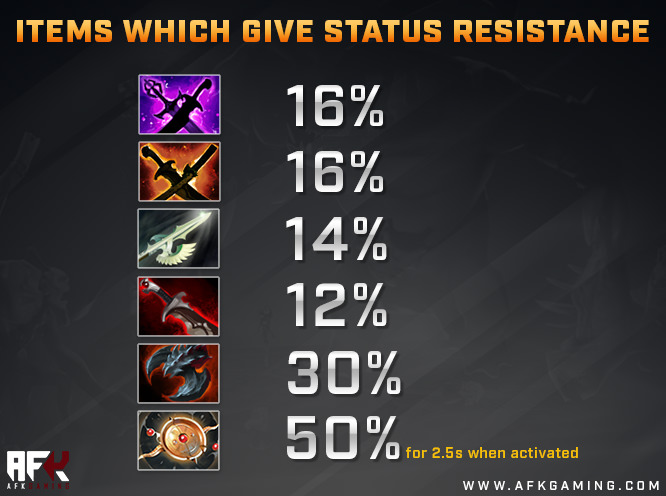 Which heroes have spells to grant themselves/others Status Resistance? 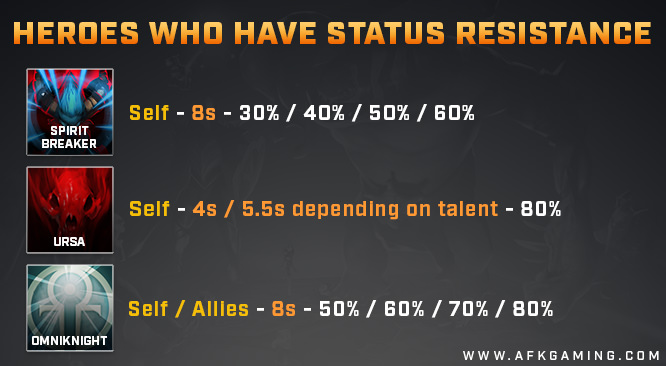 What abilities does Status Resistance affect?

It also affects Spells which works based on ticks but it increases the Tick Rate which means that the overall damage/effect is the same but over a shorter duration. Examples of these abilities include AA’s Ice Blast, Batrider’s Flaming Lasso, Bane’s Fiend’s Grip, Shadow Shaman’s Shackles, Pudge’s Dismember among others.

What abilities does Status Resistance not Affect?

Skills which change your status in a certain AOE.